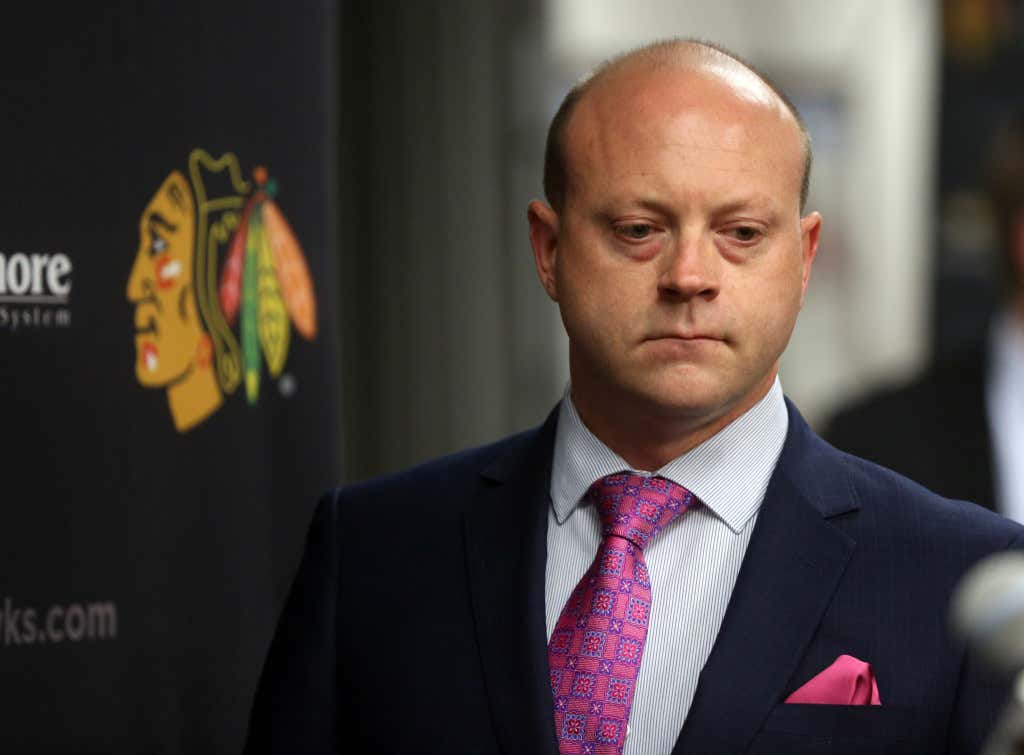 This is the most competitive Blackhawks training camp I can remember with so many spots up for grabs. It goes without saying at this point that the Blackhawks will need to make a few minor moves to be cap compliant until they’re able to stash Marian Hossa(and probably Rozsival) on Long-Term Injured reserve, but it appears as though the Blackhawks have settled on a team. These were the lines at this morning’s practice:

Defensive pairings were a little haywire because Murphy got nicked up a bit in the final preseason game, but these are you defensemen

No real drama with the goalies

TOUGH day if you’re team Hinostroza. If you watched all of the preseason games it is clear that Hinostroza is one of the Blackhawks best 13 forwards. He was better along the wall than he’s been, he created offensive chances, used his speed effectively, but in the end he got squeezed because the Blackhawks gave out one-way contracts to several veterans this off-season. If I were Hinostroza, and this demotion to Rockford is longer than a week, I would DEMAND to get first unit PK opportunities. Find ways to get extra value out of your considerable skillset so the team can’t live without you in the lineup. I have argued for Hinostroza staying up as a 4th line wing and trying to make Hayden a center in Rockford, but perhaps the organization just sees Hayden as a big rhino power forward that will go to the net and play hard on the forecheck.

This move does protect the Blackhawks against injury. Lance Bouma is on a one-way contract and if they put him on waivers they risked losing him for nothing after just signing him in July. While the NHL group of forwards isn’t their best based purely on merit, they’re deeper and safer as an organization with this move.

I am glad to see that Stan Bowman and company were willing to cut Jurco loose. He’s done nothing to earn a roster spot despite having a lot of natural talent. He strikes me as a guy that’s just not cut out for the NHL and will eventually make his way back to Europe. Tough break for Tootoo. I’ve always liked Tootoo, but he’s not a guy the Blackhawks want taking a regular shift and since they have some guys who can bring some toughness and physicality with Wingels and Bouma they can’t really justify keeping him on the roster.

I’ll have a full season preview blog on here before opening night, but this is your roster to start the season.