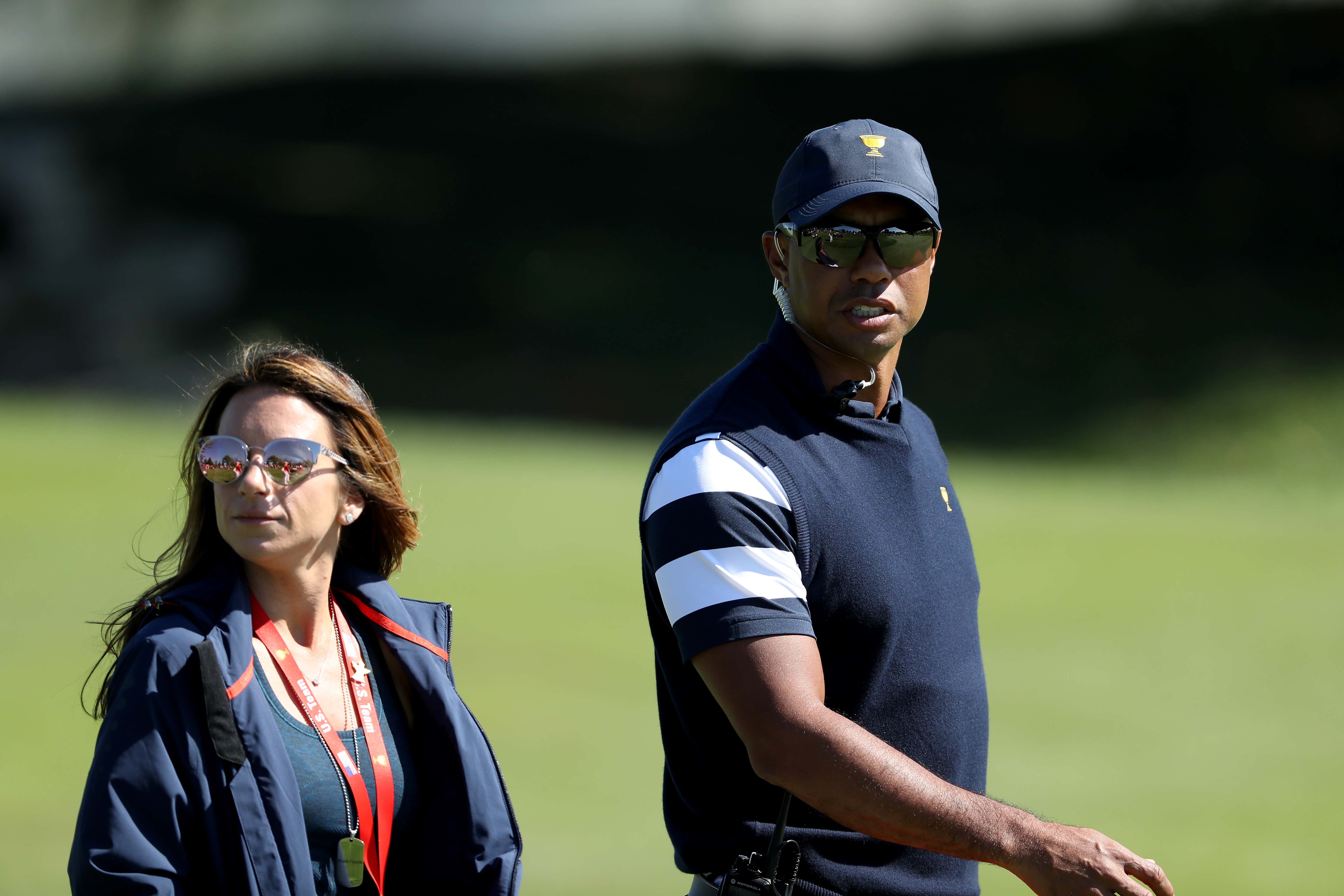 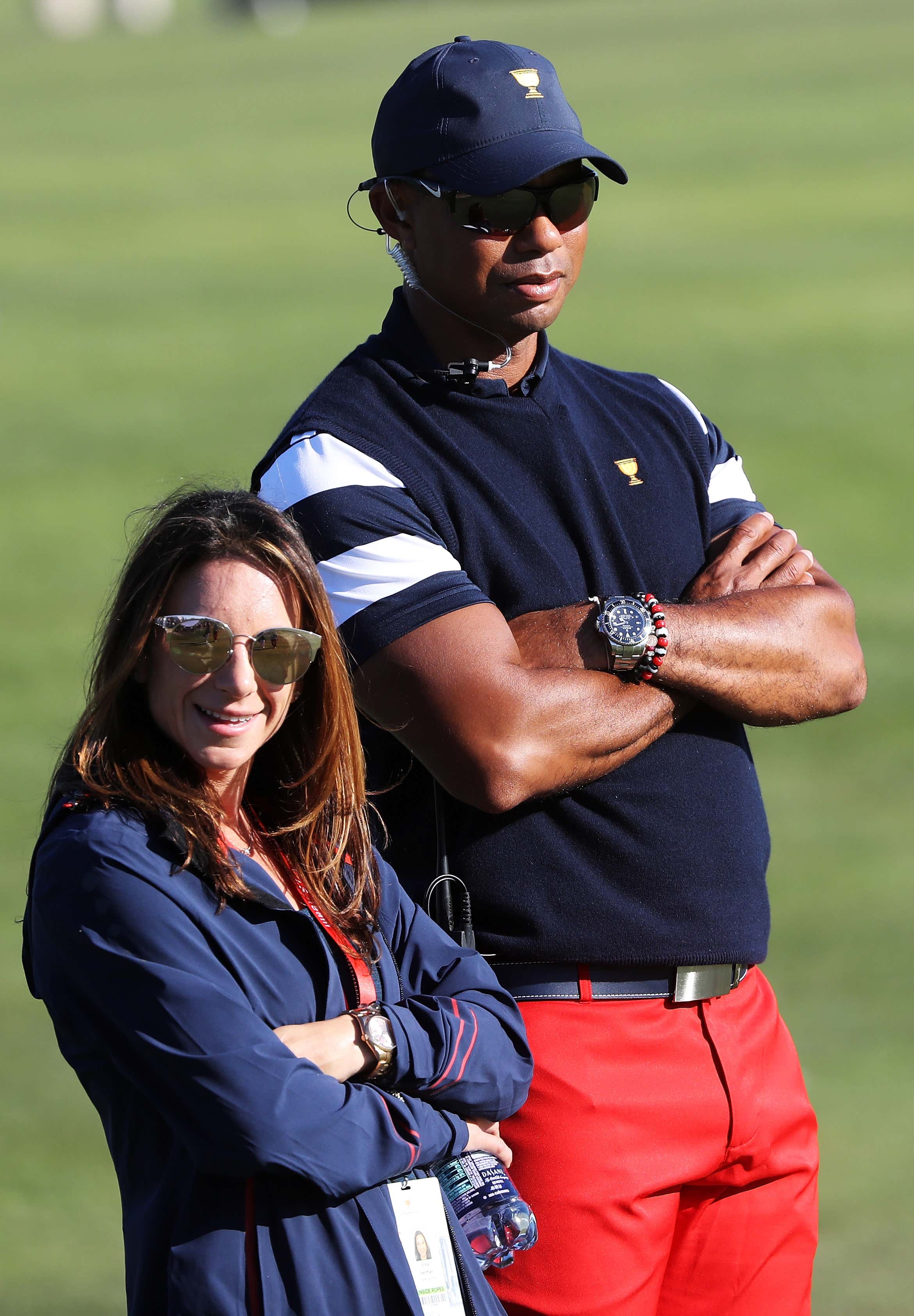 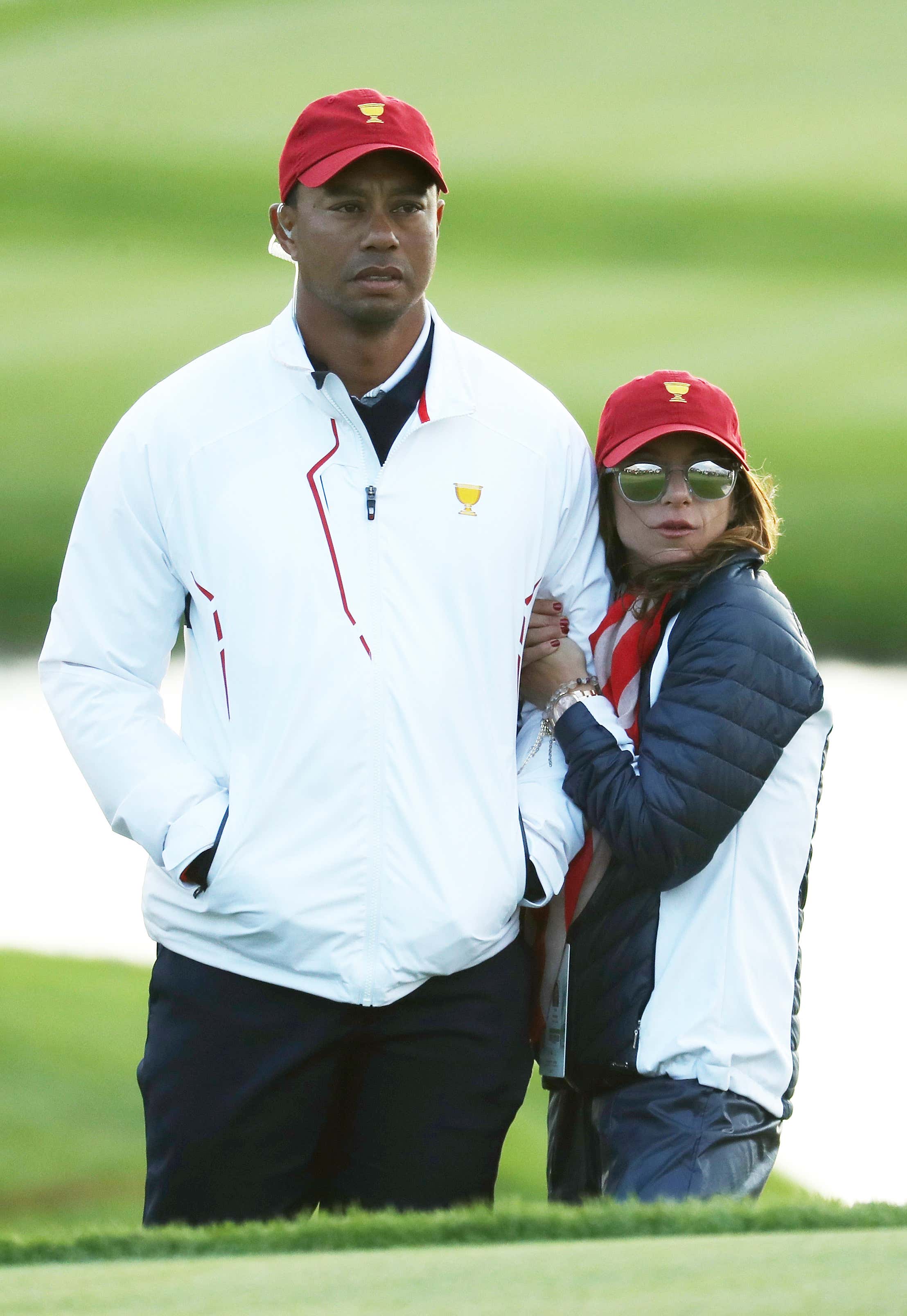 TMZ- Is Tiger Woods banging the general manager of his Florida restaurant?  Sure looks like it … especially after the way they cozied up together this weekend at the President’s Cup.  Tiger was arm-in-arm with Erica Herman, who was ID’d on TigerWoods.com as the GM of The Woods, which touts itself as “Tiger’s flagship restaurant” in Jupiter.  Plus, Herman was sporting a “player spouse” credential on the links, according to Golf.com.

Well well well. That boy Eldrick back at it. All weekend long at Liberty National he was spotted with this mystery lady. Erica Herman apparently is her name and she is the GM of The Woods which is Tiger’s restaurant. It must be pretty serious if he’s bringing her to the Presidents Cup in full view of everyone. I will say, she’s not like his past girlfriends/wife. There was a running theme with all the previous ones and it was that they were blonder than the day is long (and hot). Elin Nordegren. Lindsey Vonn. Basically all of the waitresses and porn stars he hooked up with over the years were also blonde. Tiger has always had a type and it was always blonde (and hot). But here comes this Erica lady and she is the polar opposite of Tiger’s type. I’d also like to go on record and say she is a downgrade from his previous girlfriends. That’s the hard truth. We’re all thinking it. But I get the feeling Erica just dominates him. She’s the GM of a restaurant. She’s a boss lady. You don’t piss on her. She pisses on you. Maybe he’s finally found someone to call him on his bullshit.

I don’t know if I like Tiger in a relationship or not. I guess it doesn’t really matter. I just want my guy to be happy (and to play golf again and rip out throats again and win a bunch of majors again so I can rub it in the face of all the h8ers out there, but happy too).