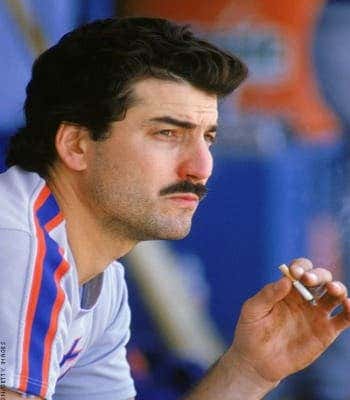 So this video makes a lot more sense now.

WHAT THE HELL DOES THIS MEAN?! pic.twitter.com/JujCT7ETLX

Look, I think anyone that has watched Fox during the playoffs the last few years knows it’s almost impossible to replace the electricity of Pete Rose on that show.

But literally the only guy that could potentially come close is Keith Hernandez. Us Mets fans don’t have much, but we do have Gary, Keith, and Ron, the best announcing crew in the biz. Gary Cohen is the lifelong Mets fan that knows all about the history of the team, Ron Darling is the Yale-educated former pitcher that can break down the game from many different angles, and Keith Hernandez is the wild card. The trio’s Charlie Kelly. You never know if Keith is going to comment on a fan deepthroating a hot dog or going into Jay Cutler dooooooon’t caaaaaaare mode once a game hits extra innings. But you are glued to your TV even when the Mets are 20 games out in September to find out.

So while I am going to miss Pete fucking with A-Rod and The Big Hurt, I can’t wait for Keith to talk about how the 86 Mets could snort an entire foul line, how far he got with Elaine Benes, or audibly groan about how late a game went because some manager played every lefty/righty matchup in the game. Fox’s show is in good hands with Mex.

Actually fuck all that. I am going to be watching Starting 9, the greatest baseball show in the history of baseball, shows, and baseball shows every single night. I may not even watch the actual playoff games. Starting 9 gives me all I need anyway. Can’t wait for Tuesday night, only on Facebook Live.