Today was an interesting day to say the least. First of all, new episode of Fore Play is fresh and hot outta the oven. Riggs and I talked about my weekend in Iowa for the (soundless) Tailgate Show, Riggs’ weekend playing Trump’s Ferry Point, the upcoming Presidents Cup, Tiger’s role on the squad and we answered an important From The Gallery about playing in a scramble. We also were lucky enough to head to 30 Rock early this morning and interview Presidents Cuppers Charley Hoffman, Kevin Kisner and Kevin Chappell. They were great guys and it was fun talking to all of them at once. They busted each other’s balls and it gave a cool look into what these guys are like during a team event.

Then something awesome and unexpected happened. We wanted to take a picture of the 5 of us after the interview. Normally we’d just take it where we did the podcast (this time, in a cramped office in the NBC Sports wing) but we were already on the 8th floor of 30 Rock and someone casually said, “Wanna take it in front of the SNL stage?” My jaw dropped. Riggs’ jaw dropped. I can’t fully explain to you how casually the person said it. What they were basically saying to us was, “Hey do you wanna go take a picture in front of the most famous stage in the history of television?” 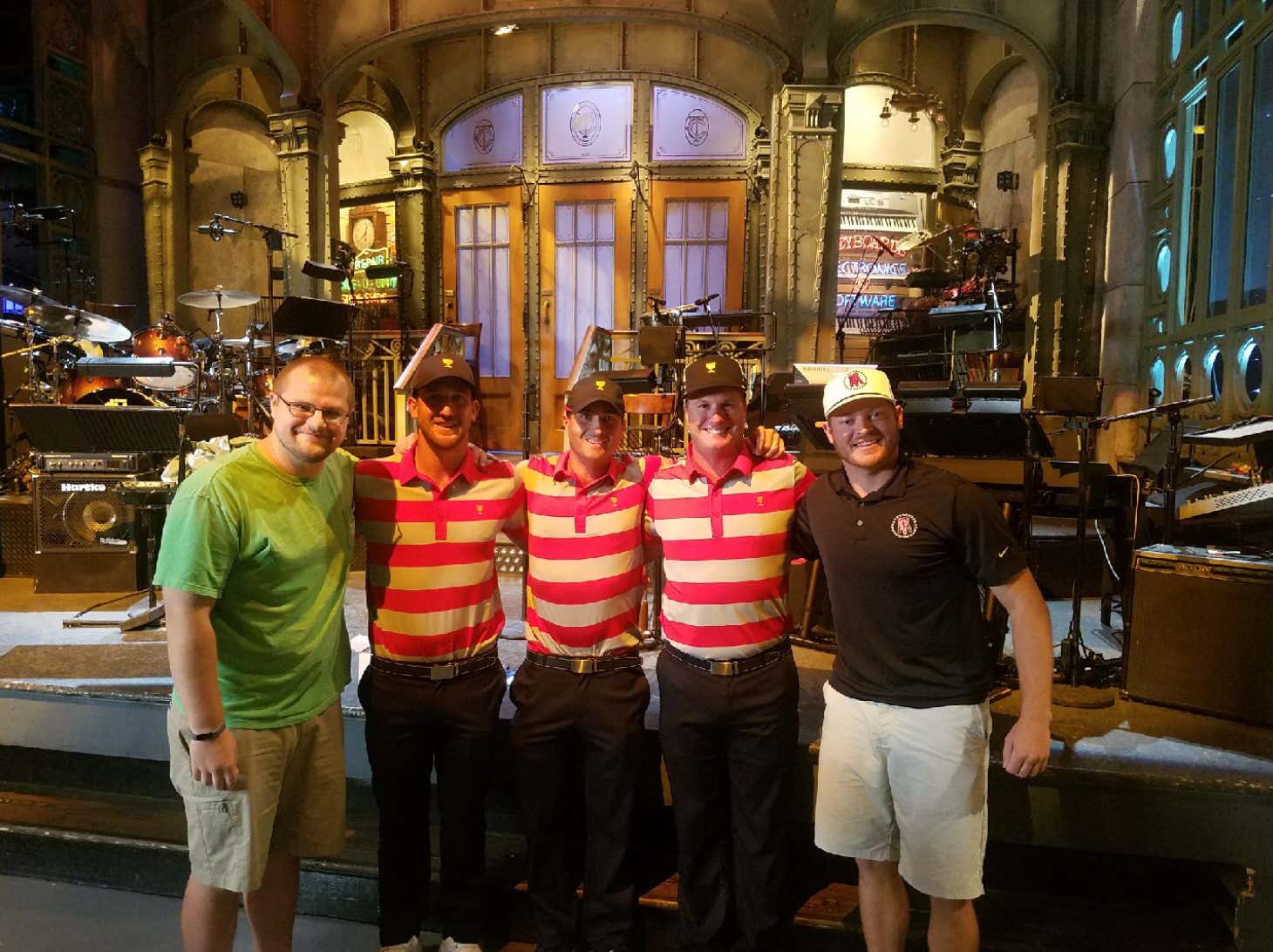 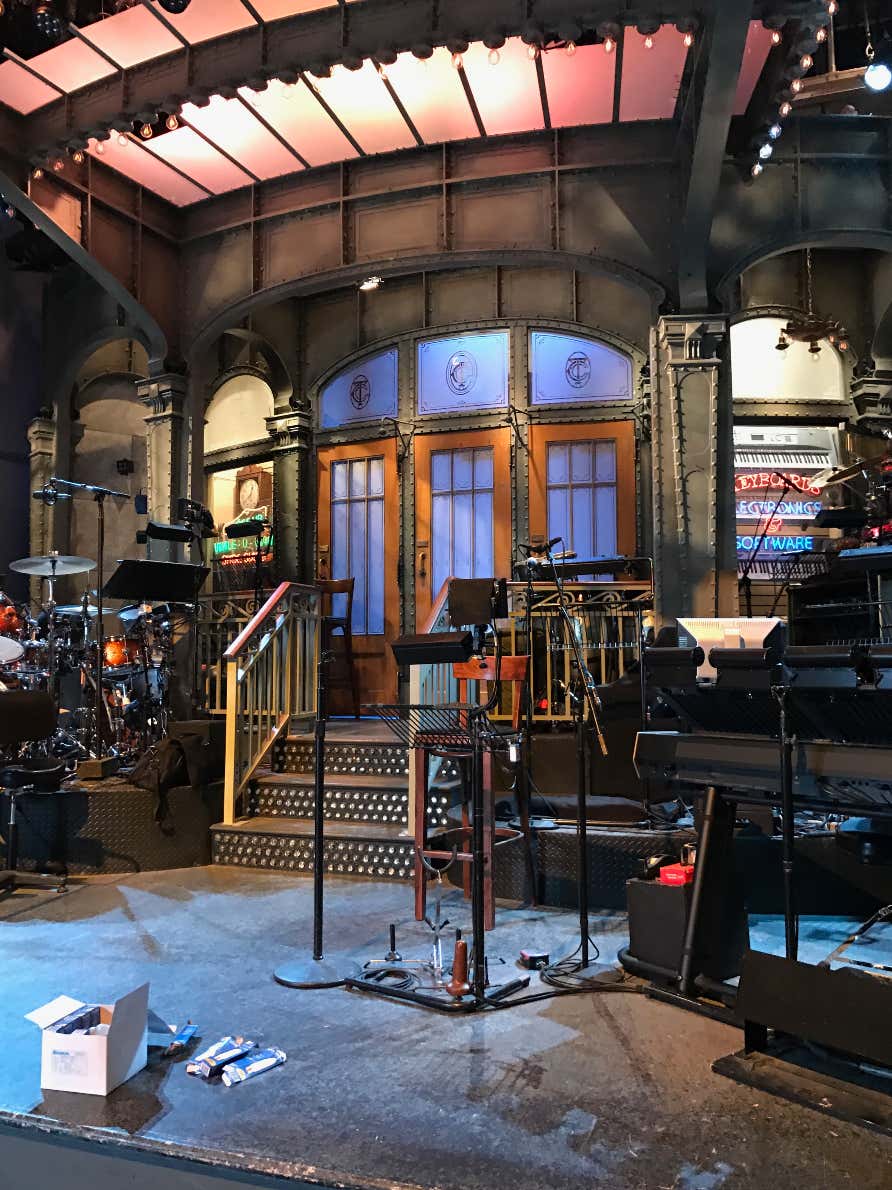 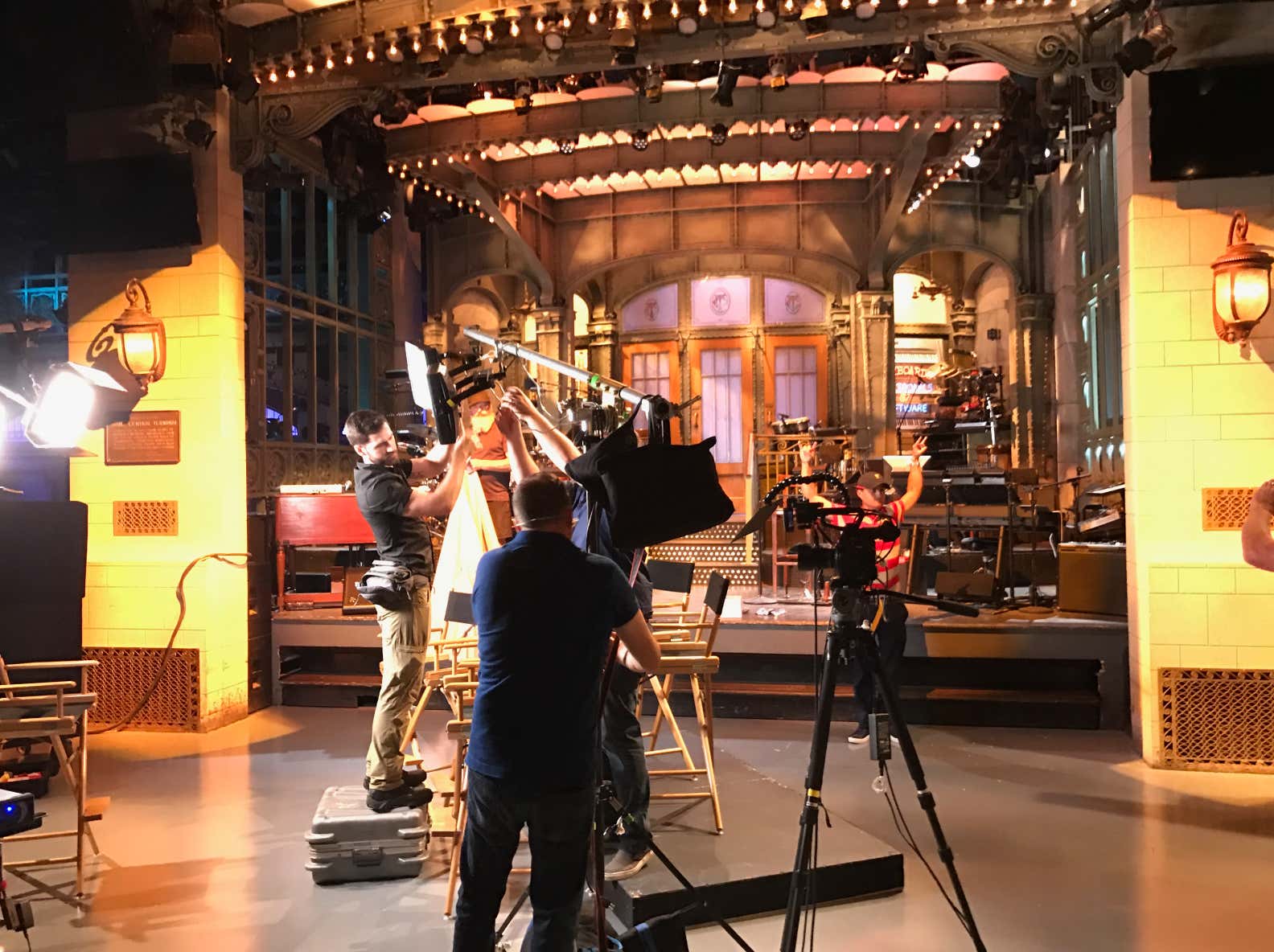 Unbelievable. It was Presidents Cup day at 30 Rock today so we just followed Hoffman, Kisner and Chappell and nobody asked any questions. Talk about stumbling ass backwards into a bucket list item. That was not how I thought I was going to see Studio 8H for the first time. I figured I’d go some time once I moved to New York. As a young chap, I just figured I’d be on the cast of SNL one day and that’s how I’d see it. Following in the footsteps of my idol, Chris Farley. Instead I was there to interview professional golfers about their upcoming Presidents Cup. It was AWESOME. It’s hard to even fathom or comprehend the history that stage has seen. I’m glad I finally got to see it and see it up close. What a day.