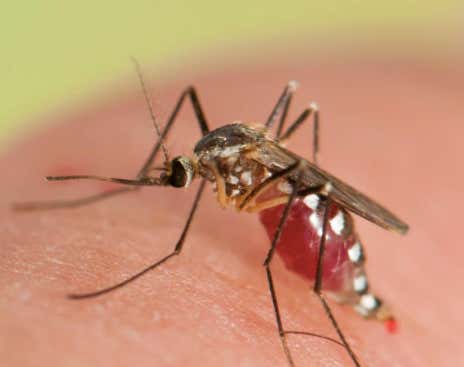 Source –   A “SUPER malaria” is spreading throughout South East Asia and cannot be killed with the standard anti-malaria drugs, scientists have warned.

The dangerous form of the parasite has become resistant to drugs and is rapidly sweeping through the region. It is said to have emerged in Cambodia but since spread through parts of Thailand, Laos and is now in southern Vietnam.

Professor Arjen Dondrop, head of the Oxford Tropical Medicine Research Unit in Bangkok, told the BBC: “We think it is a serious threat. It is alarming that this strain is spreading so quickly through the whole region and we fear it can spread further [and eventually] jump to Africa.”

Prof Dondorp added: “It’s a race against the clock – we have to eliminate it before malaria becomes untreatable again and we see a lot of deaths. If I’m honest, I’m quite worried.”

Malaria is a massive issue for a huge section of the world’s population. Though rare in Europe and North America, it is a huge problem for Africa, South and Central America and Southern Asia.In these countries it is important to take extra care to avoid mosquitoes, or take anti-malarial medication to prevent infection.

Malaria is treated with drugs known as anti-malarials and vary depending on the type and severity of the disease. But the severe form of the disease can progress at a terrifying speed and can kill a person within hours or days.

Some feel good news for a Monday morning. Not only do we have to worry the about the impending nuclear war with Rocket Man, political unrest, and Kylie’s pregnancy, we now have to worry about mosquitos. Add it to the list, I guess. Right alongside drug-resistant gonorrhea and TB. Both of which I would rather contract than Malaria.

The symptoms read like a hangover: chills, vomiting, headache, only difference being Malaria will actually kill you. And unlike a hangover, it takes more than a blue Gatorade to fix. At least it did. Current anti-malarials are failing at a rate of sixty percent. Imagine walking into a doctor’s office and hearing that the drug required to save your life only works about half the time. Now imagine there’s no doctors office to walk into in the first place. That’s the situation these countries are facing.

Right now it’s contained to Asia but according to Professor Dondrop, “once it reaches Africa we’re fucked.” Which isn’t an exact quote but you get the picture. Reason being Africa doesn’t have dick when it comes to resources. They rely on The Bill and Melinda Gates funded mosquito nets to ward off disease. Not that there’s anything wrong with that, I’m just saying they’re not exactly primed to handle disaster.

However, being the glass-half-full guy that I am, I like to look for the good in situations. Maybe the world could use a little purge. I can think of a few populations that deserve to get wiped out- ISIS, people in the Trader Joes check out line, alleged Nazis. It would be great. We could call it insect warfare. It’d probably end up saving lives too. Maybe super mosquitos are a blessing in disguise, I don’t know.