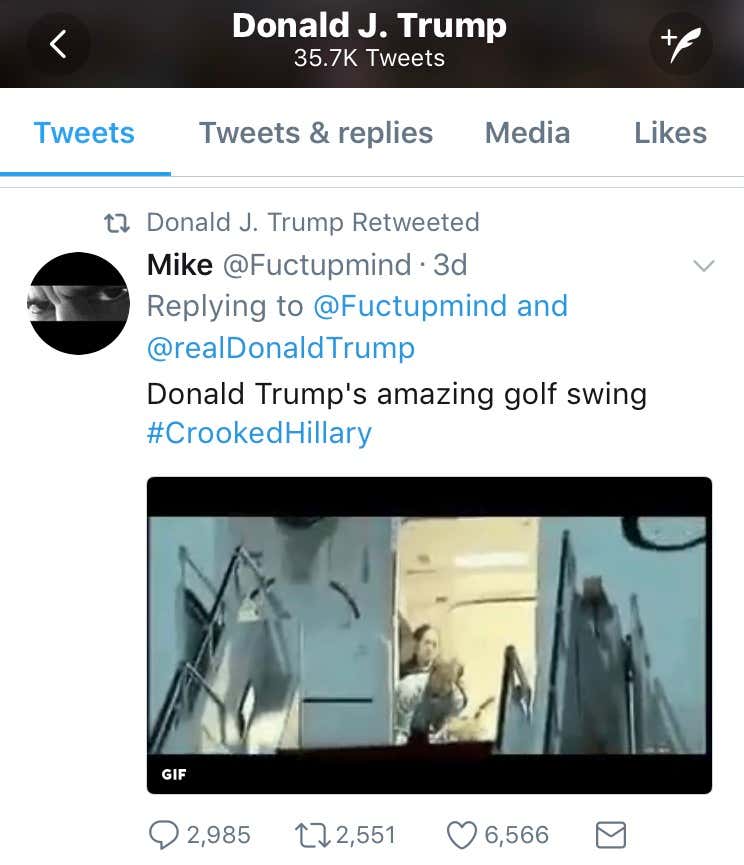 The thing I love about Trump is that on some levels that billionaire reality TV star President of the United States is EXACTLY like us and one of those levels is that when he sees something funny, he has to react to it. Donnie clearly was scrolling through twitter this morning, saw himself knocking Hillary into her plane with a golf ball, giggled his dick off, threw it a RT and moved on. He’s like a big, rich, powerful, sometimes offensive toddler (just like us minus the rich and powerful part) and it’s great. I’m laughing at Donnie laughing at this tweet.