Quartz- Alibaba founder Jack Ma is known for his showmanship. But over the weekend he paid an especially ambitious tribute to the ultimate showman—Michael Jackson.

On Sept. 8, at the party commemorating Alibaba’s 18th birthday, the Chinese e-commerce mogul performed an elaborate dance number inspired by the king of pop himself. After arriving on stage in a motorcycle and donning a black-and-gold mask, Ma waved his hands and proceeded to move to the beat of Jackson’s “Billie Jean,” crotch thrusts and all.

After removing his disguise, Ma invited others on stage (presumably Alibaba executives), and the group proceeded to clap to the tune of Jackson’s “Black or White.”

Ma has a reason to celebrate his company’s 18th birthday in style. The company’s stock has endured a rally since January 2017, and its valuation recently passed the $400 billion mark—putting it just a short distance behind Amazon.

Jack Ma coming in super lukewarm with the Michael Jackson tribute dance. This, folks, is what I like to call “extra medium.” Is he trying? Hard to say. If we’re being entirely honest, there was only one moment during the entire routine where I thought he was doing Michael Jackson. This one: 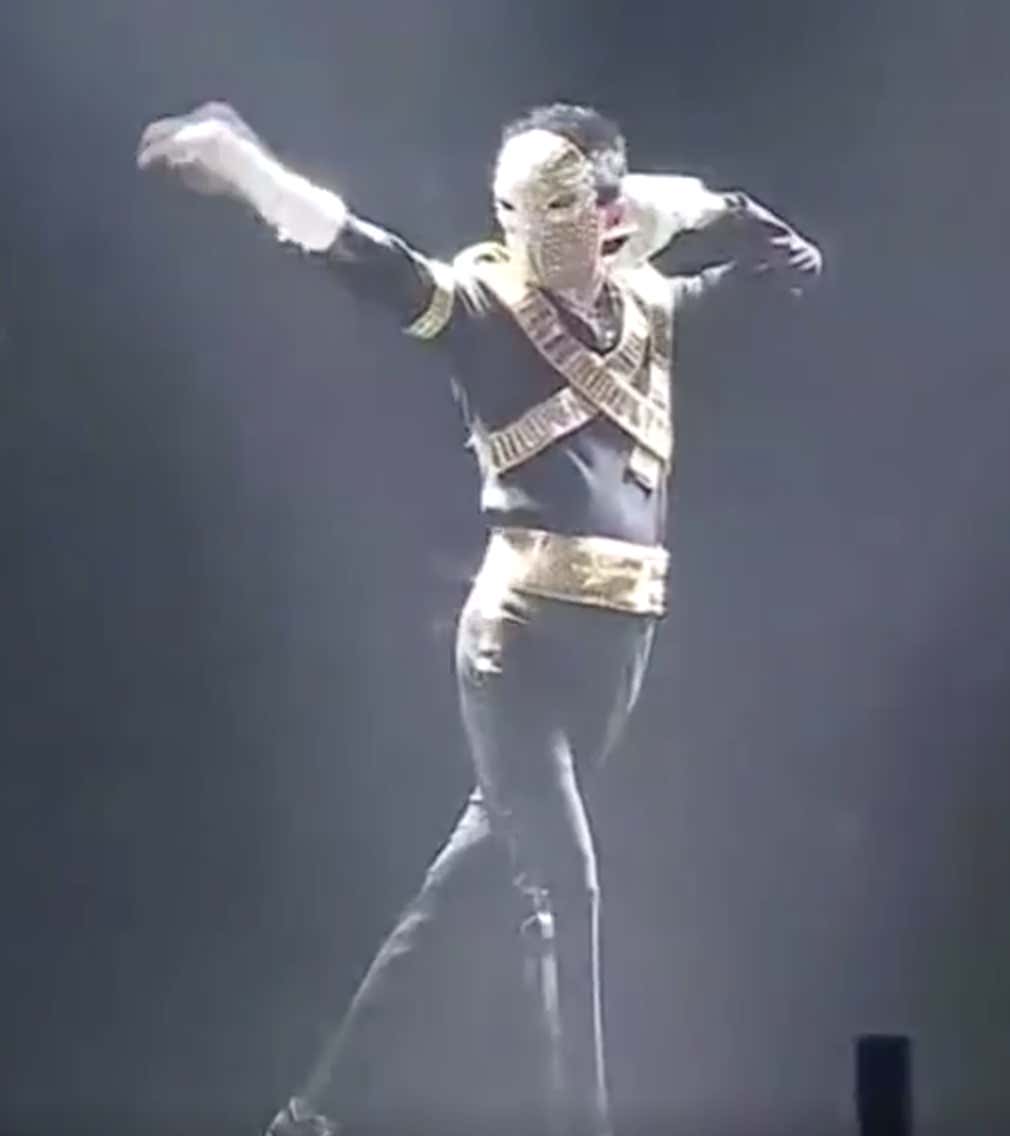 This is the perfect example of fuck you money, though. Jack Ma is worth $37.4 billion, and for the 18th birthday of his company Alibaba, he decided to perform a high-production Michael Jackson tribute for an audience of thousands of employees. And why not? It’s tough to fail when the lives of everyone watching depend on how well they can fake enthusiasm. I’d be in the front row with my shirt off, crying and punching anyone whose emotional investment felt underwhelming. Shameless pandering, sure, but I’m the one laughing when my Christmas bonus is deferred stock options and yours is an extra ticket to the buffet at the company retreat.

As for the performance, he should never have brought those other employees on stage. The whole thing fell apart when they started that clap bullshit. Took the luster out of lackluster. Secondly, Jack Ma needs to work on his footwork. The hands were doing more than enough to make up for it. Lots and lots of waving, summoning helicopters, pointing, and clapping. But his hips and feet were nowhere to be found.

PS- Obviously Elon Musk and Richard Branson would have murdered this. But Steve Jobs, Mark Zuckerberg, and Bill Gates would have been far, far worse. That’s the difference between rocketship money vs. computer money.