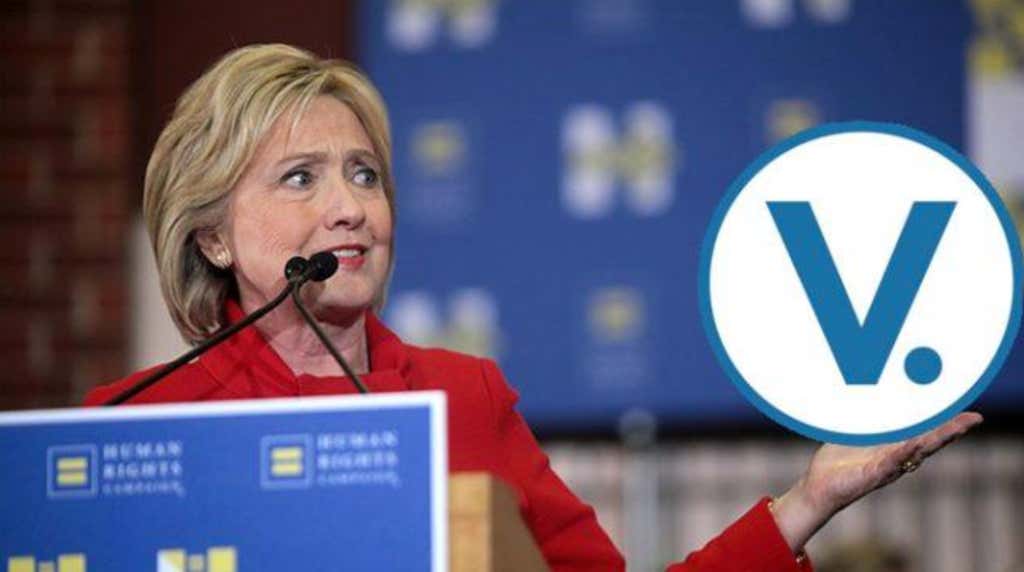 This week saw the launch of Verrit, a new digital platform described by Wikipedia as a “political news site…that shows talking points for use in social media discussions.” In other words, it is the online version of practicing an argument with your significant other before you freeze up and uncontrollably spew verbal diarrhea. Verrit is most notable for its decidedly pro-Hillary Clinton slant, finally offering an outlet for centrist liberals who have been chronically under-represented in the media landscape.

It has been a difficult year for outspoken Hillary Clinton supporters. After being defeated by an electoral juggernaut and political mastermind that no amount of dabbing or Lena Dunham rap videos could stop, the Clintomaniacs were left directionless as their fearless leader sequestered herself away to the Chappaqua woods following the election. Now, they have been publicly humiliated by the fascistic Trump administration, forced to wear embarrassing #StillWithHer bumper stickers and pins so that they could be mocked by the rest of the country.

If you were an out and proud Hillary supporter, there was no truly safe space in this country for you, until now. Noted Clinton acolyte Peter Daou has taken a break from crafting small dolls from stray hairs of Hillary Clinton to introduce Verrit, an online community that will function much like the French resistance except instead of systematically dismantling Nazi networks they will .@ reply the President and share Occupy Democrats memes.

Verrit’s business model revolves around promoting facts and statements that have been verified as true and assigned a numerical verification code. That code can then be cross checked against the Verrit verification database to ensure the Verrit fact you saw is in fact true. The entire system is essentially a working perpetual motion machine but instead of producing constant energy it produces cold hard uncut facts and logic.

Daou and other likeminded supporters of Hillary have learned an important lesson from other marginalized and persecuted groups, like Furries and adult men who enjoy My Little Pony. When society at large ridicules and shames you, you don’t back down and repress your identity, instead you proudly broadcast your identity even louder, even in the face of millions who tell you that a former Secretary of State and Senator with hundreds of millions of dollars who couldn’t defeat a rambling incoherent game show host with abysmal favorability ratings should probably take a break from politics for a little while.

With Trump supporters totally unwilling to listen to the facts and retreating further and further into their bubbles, it is now more important than ever that unabashed Hillary Clinton supporters have a trusted venue to vet and share pithy quotes from MSNBC commentators with each other without fear of harassment or ridicule. If you’re the type of person who can’t even before you’ve had your morning covfefe, Verrit might just be the media platform for you.