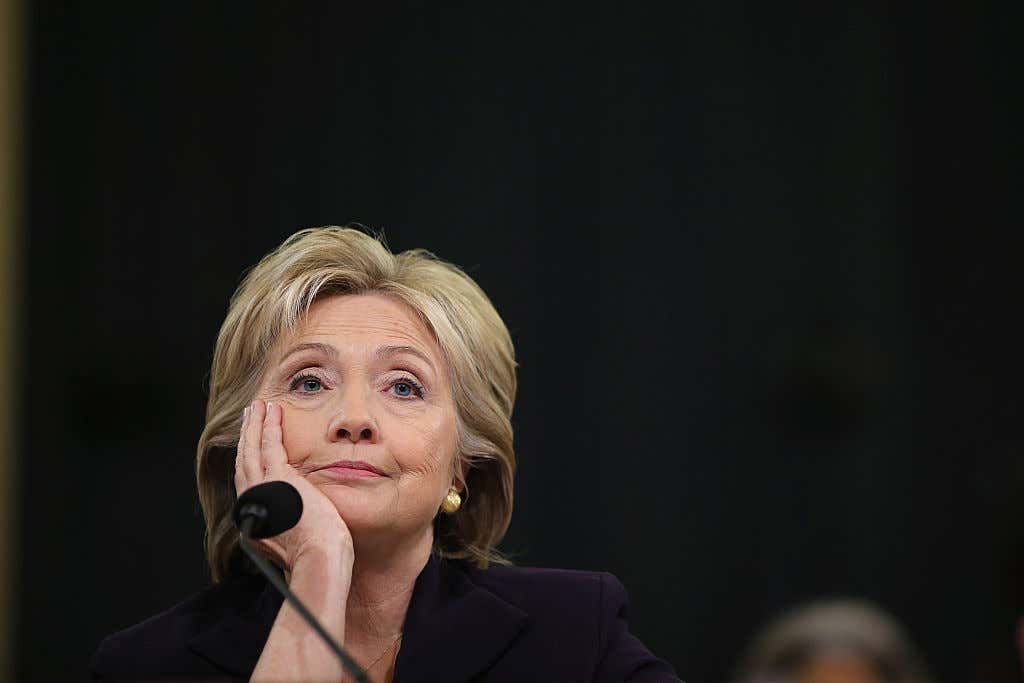 Source — …Not everyone [is] so charitable. Even some of Clinton’s allies have grown weary of her insistence on re-litigating the 2016 campaign at a time when the Democratic Party is looking to forge a new identity in the age of Trump.

“The best thing she could do is disappear,” said one former Clinton fundraiser and surrogate who played an active role at the convention. “She’s doing harm to all of us because of her own selfishness. Honestly, I wish she’d just shut the f— up and go away.”

“None of this is good for the party,” said one former Obama aide. “It’s the Hillary Show, 100 percent. A lot of us are scratching our heads and wondering what she’s trying to do. It’s certainly not helpful.”

What a weird dynamic the presidential loser creates. On Tuesday, November 8th, you’re the most important person on earth. By early Wednesday morning, November 9th, you’re a fucking nobody. You’re gone. Forgotten. Everybody from your party, who fought tooth and nail for your very success, moves on. To them, you disappear. You are dead. Conversations begin about who will be the 2020 nominee. You are nothing, save for a distraction as the party regroups, blames you for fucking everything up, and focuses its power and resources on a new person to accomplish what you could not. It’s nuts. You disappear, never to be talked about again — unless you are Hillary Clinton (or Reagan; that resilient motherfucker just ran until he finally won).

The Clintons don’t simply disappear. No shot. I wrote yesterday about Hillary describing the night she lost and, although it’s damn near a year later, we still care. We still want the details (this point was proven by how many of you clicked and read all about it. suckers).

Is Hillary gonna run again? Can anybody stop her? What’s the DNC do if she throws her hat in the ring? I actually think Slick Willy would’ve died for Hillary to win if he thought it was necessary and I actually don’t put it past them to concoct some plan where he dies, leaves a last wish of Hillary running one last time to garner a base of emotional support, and she earns the nomination that way. In fact if I ran a political book, that series of events right there would be the current favorite. That’s the least outlandish thing I think might happen in the 2020 race.

You wish she’d shut the fuck up and go away, mister/misses fundraiser person? Yeah, no shit. She lost to Barry after 8 years of preparation then lost to Donald Fucking Trump after another 8 years of careful calculation, after the Democratic Party angled aggressively for her nomination. And now she’s out blaming everyone from the DNC to Bernie to Comey to Cool Joe Biden for her loss.

I don’t think there’s anyone on earth Donnie wants to run against more than Hillary. Guarantee he’s already got behind-the-scenes operations underway, probably with the Russians, propping Hillary up and convincing her to run.

Truthfully, no clue if I would absolutely HATE or absolutely LOVE a rematch.