Before we get started, I already know what you’re thinking. This topic seems like something our good friend Uncle Chaps would blog and you’re right. I thought the same thing. And out of respect for him and his love for poop and all things poop related, I messaged him. There is no honor among thieves but there is honor among Barstool bloggers (no matter what those fucks at Bleacher Report say). 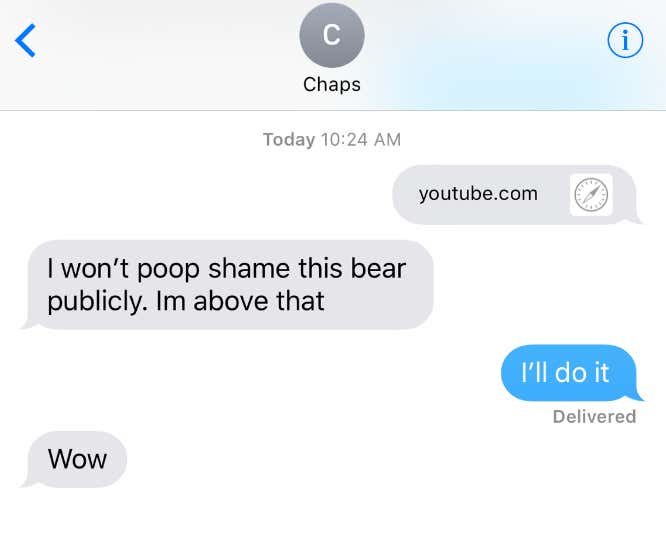 So with that out of the way, what an incredibly disrespectful move by this bear. He pooped right in those kids faces. I mean he would’ve pooped directly on their faces if that thick piece of glass wasn’t there. I do want to say that I’m not gonna shame this bear. If anything, this is the video you can use when someone says, “I don’t understand why you think zoos are inhumane.” Pull up this YouTube video of a bear who is so pissed and miserable that he voices his displeasure by trying to poop on on the faces anyone who gets too close. It’s also a good lesson for those kids. Everybody poops (except the entire female population). Those kids just learned more about life than they’ll learn in their first 12 years of school.