Yes, hell yes.  THIS is how you report.  THIS is how you journalist.  Nobody wants canned answers.  Nobody wants to know what the gameplan is or what the mood is in the locker room or how coach is feeling about the upcoming season.  Nobody wants the clipped, indifferent, uninterested answers of a football coach who has been doing this for decades and only shows up to the podium to fulfill his contractual obligations.  You have Mike Leach behind a microphone.  You know what you gotta do:  ask him about Bigfoot and aliens.

Following in the steps of our intrepid in-house reporters Big Cat and PFT Commenter who breezed over the football X’s and O’s to get to pirates, Sovereign Immunity and the sun being cold.

4) Somebody took our lunch money

5) Mike Leach does the weather

9) Mike Leach chimes in on Deflategate and the Kardashians 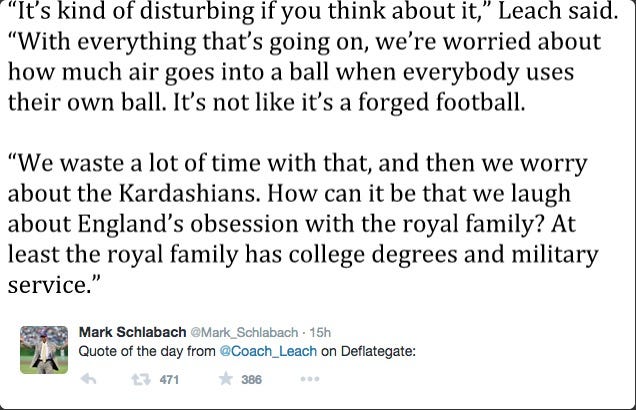 10) Mike Leach sleeps with a viking axe next to his bed. 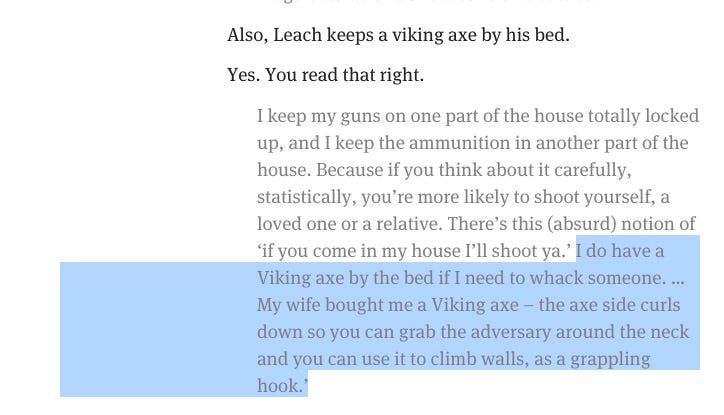 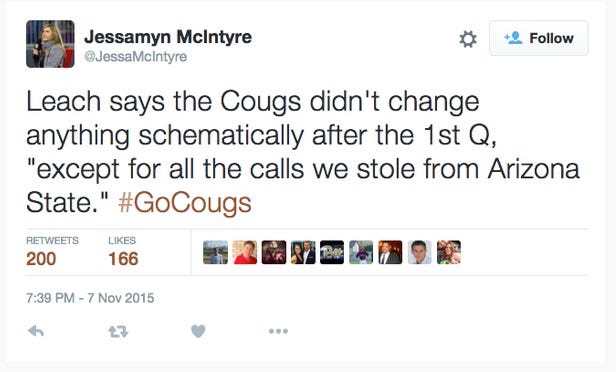