Live EventLIVE Reaction to Bachelor in Paradise Premiere: Cutting StemsStarting Soon
Merchapolooza | 10% Off The Barstool Store When You Use Your Favorite Personality's CodeSHOP NOW 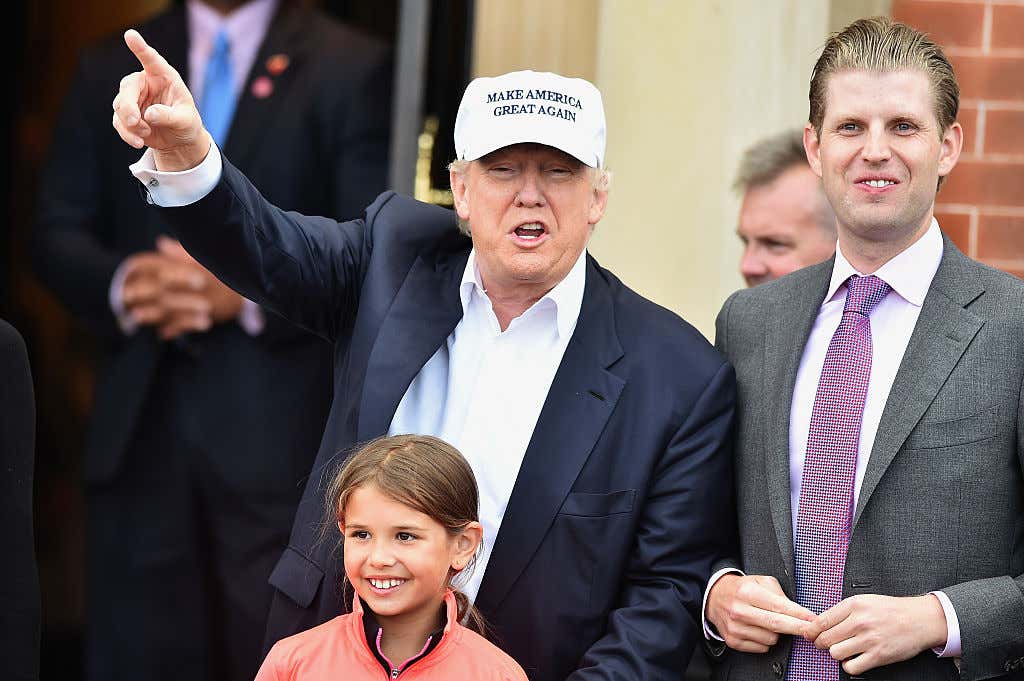 Source — Eric Trump ripped negative media coverage of his father during a radio interview Wednesday, saying that a person “would end up killing yourself out of depression” if they got as much negative coverage as the president.

Trump told Joe Pagliarulo, of the nationally syndicated “The Joe Pags Show,” on Tuesday that his father was being repeatedly attacked in the media and that it’s important for him to tune it out sometimes.

“If they weren’t talking about you, you wouldn’t be doing something right and it’s important to keep it in context, otherwise quite frankly you’d probably end up killing yourself out of depression,” Trump said. “But he’s doing a great job.”

Trump said that he and the rest of his family have to take the coverage “with a grain of salt.”

This Eric interview really resonates, for I feel there are a few classic Barstool lines/themes in here.

2: “It’s the media, the mainstream media, who does not want [President Trump] to succeed.” They hate us cause they ain’t us! Maybe Barstool’s most prominent slogan until the ever-mature Saturday’s Are For The Boys took over high school campuses everywhere.

3: “otherwise quite frankly you’d probably end up killing yourself out of depression.” I don’t know how Barstool this is but I think it’s a fascinating line. So aggressive. People would kill themselves if they got the negative coverage Trump gets? Well most people don’t run for President. Most people didn’t spend DECADES forcing themselves (very successfully, I might add) into the spotlight. These presidents have this knack for complaining they get more negative coverage than anybody else ever. Obama did it. The Trumps do it. I feel like Bush got as much or more negative coverage than anybody and he didn’t say shit about it. Just put his head down, said some hilarious shit, and did his job the best he could.

And, the more I think about it, I guess we talk about killing ourselves a lot around here. Like A LOT.

“I’d kill myself if I had KFC’s home life”

“I’d kill myself if I had Riggs’ eyes”

There’s more fun examples in here somewhere but I’ve already spent too much time on this all-over-the-damn-place blog so let’s move on. Don’t kill yourselves folks. Seriously. If in need, get yourself some help. We all need help sometimes.