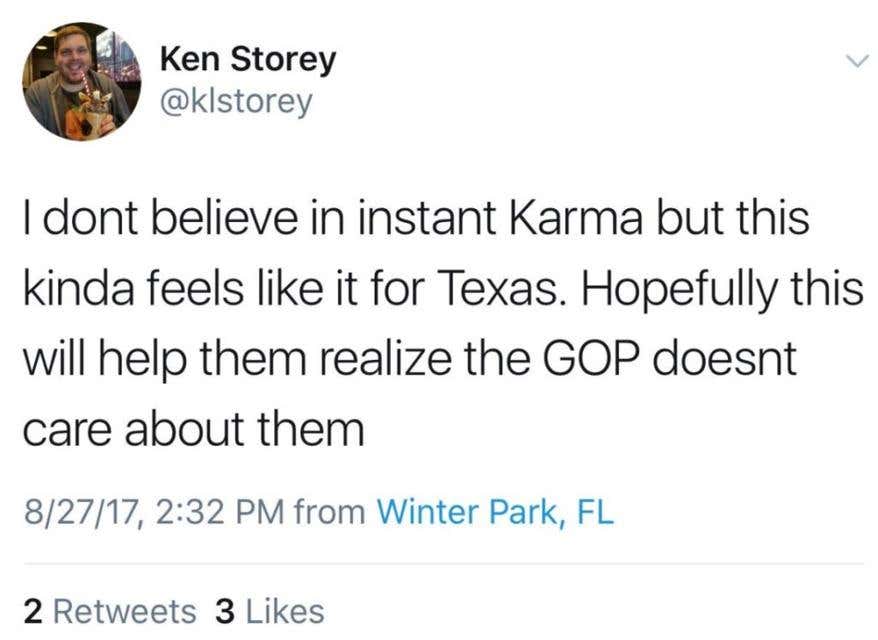 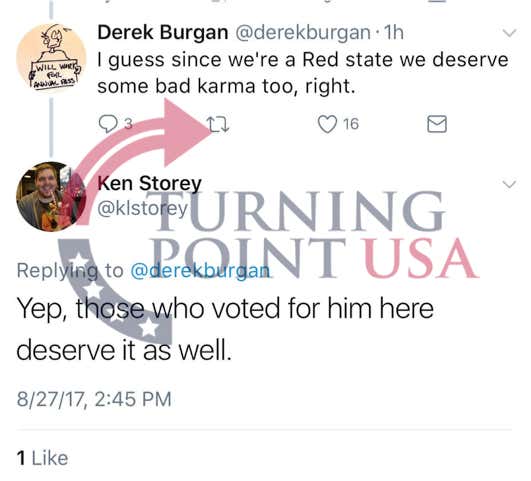 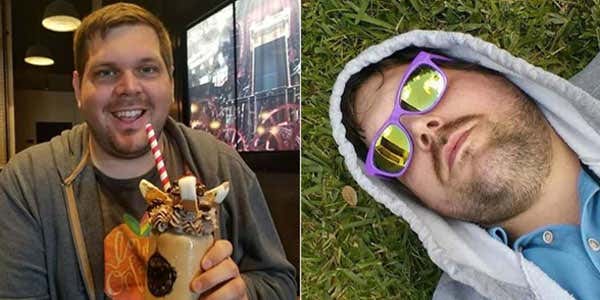 Source — The University of Tampa has fired a visiting assistant professor who suggested in a tweet that Hurricane Harvey‘s destruction is “instant karma” for Texas because it voted Republican.

The original post, captured by conservative websites before it was removed, read, “I dont believe in instant karma but this kinda feels like it for Texas. Hopefully this will help them realize the GOP doesnt care about them.”

University spokesman Eric Cardenas said in a statement Tuesday that Storey was fired after the school weathered an outpouring of online outrage over the comments.

Ahh Kenneth here with the old theory that if you exercise your right to vote but vote for someone he disagrees with you deserve for you and and your entire family and friends and community to be ripped apart and swept away by a devastating natural disaster. Classic. Then of course when Kenneth receives attention for this theory that he published online for the whole world to see he tries to rip it down and sweep his own presence away.

Guy deletes the tweets, deletes his profile pic, then tries this apology.

Is it a bad sign for the U.S. that we have incredibly dumb college professors? Has to be, right? Kenneth is very dumb on two levels. One, to believe what he believes. To think that if in a democratic election you vote for the “wrong” person, a huge storm with 130 mph winds and a week’s worth of flooding will come ravage everything you’ve ever known or loved. Two, to tweet about it. Even if you have your crazy, psychotic, damaged brain concocting this belief in hurricane voting karma, how do you think it’s smart to tweet it?

What a moron. Thank god Kenneth was fired — not even for of his idiotic tweets, but because we can’t, as the dominant society setting the gold standard for the rest of humanity, have this fucking guy teaching anybody anything.