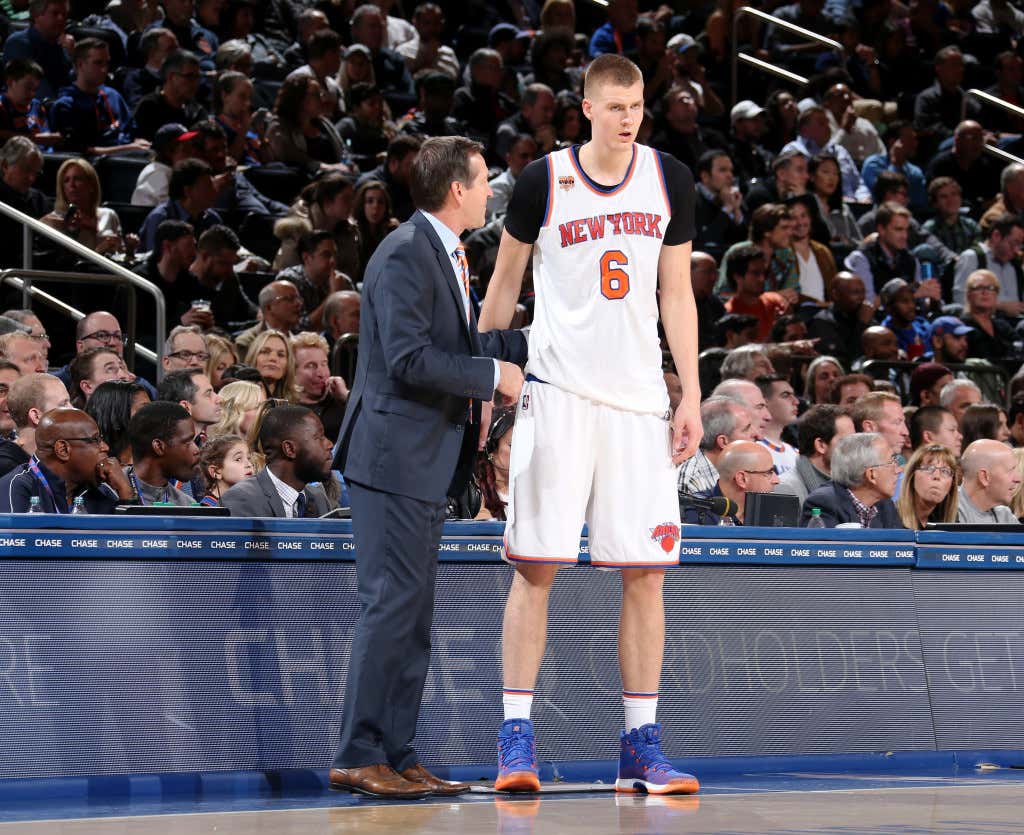 SI- New York Knicks forward Kristaps Porzingis skipped his season ending exit interview with the team in part because of his issues with head coach Jeff Hornacek, according to NBA reporter Peter Vecsey. According to the report, at one point during the season, Hornacek told Knicks center Willy Hernangomez, who is one of Porzingis’ good friends, to tell Porzingis to “stop playing like a pu**y.” That exchange led to Porzingis not showing up to his exit interview with former Knicks president Phil Jackson.

The relationship between the coach and player continued to deteriorate even though the two are reportedly back on speaking terms. Porzingis has repeatedly said that he wants to remain with the team after reportedly missing the meeting because of “frustration over dysfunction” and “drama” surrounding the organization.

Sorry, I just had to get that off my chest. But I honestly can’t believe this story is still a fucking thing. I thought once the Zen Master got a paid vacation from James Dolan for the next two years, all this nonsense with the Knicks and Porzingis and fucking EXIT INTERVIEWS would be over. Nope, Knicks gonna Knicks and continue to be the least successful drama on the planet.

Now listen, do I think there is a chance that this is true? Potentially. It sounded like Jeff Hornacek had a full blown mutiny on his hands before he got fired by the Suns for a myriad of reasons. After finishing 2nd in Coach of the Year to Gregg Popovich, Hornacek’s ass was shoved into the Boo Box and thrown overboard less than two seasons later. That is no bueno. And while Kristaps Porzingis is a close, personal Twitter follower of mine, I’ll acknowledge that there is a chance he took offense to being called a pussy by a guy that used to rub his face before every free throw he took, even though I’m sure KP has been called muchhhhhhhh worse considering he is a lanky Euro from a country nobody heard of until 2014. And anyone that has watched our Latvian savior play knows he is NOT any type of female reproductive organ on the court.

I have no problem with Hornacek using some locker room talk to inspire his unicorn. What I do have a problem with is Hornacek bringing my sweet sweet Willy into the mix and putting him in the middle of a fight with his boss and his best friend. This friendship is way too beautiful to be broken up because of shit at work.

But since I also have a brain and have followed the NBA for years, I realize that there is also a good chance that this is all some bullshit being spout about by Phil Jackson from whatever private island he is on. That dickhead has been playing games through the media back when he was coach. If Littlefinger was a foot taller with a shitty back and thought he was the smartest basketball mind on Earth, he would be Phil Jackson. Chaos is a ladder for an asshole like this and Phil is probably looking for a ladder out of the gigantic pit of shit he dug himself into the last few years in New York so he can get a job in the NBA again. And the best way to get out of it is blame everyone else with whispers and leaks Littlefinger style. It was Phil going on TV and saying he was taking offers for one of the league’s brightest young star and sabotaging any shred of leverage the Knicks had for #Me7o. Those are two pretty big holes to dig yourself out of if you want to work in the league again. Throwing people under the bus you are probably riding is muchhhh easier than trying to get together with Queen Jeanie again.

However let me just say that despite all this, the thought of Hornacek calling Porzingis a big ol’ pussy in this picture makes me laugh every single time. 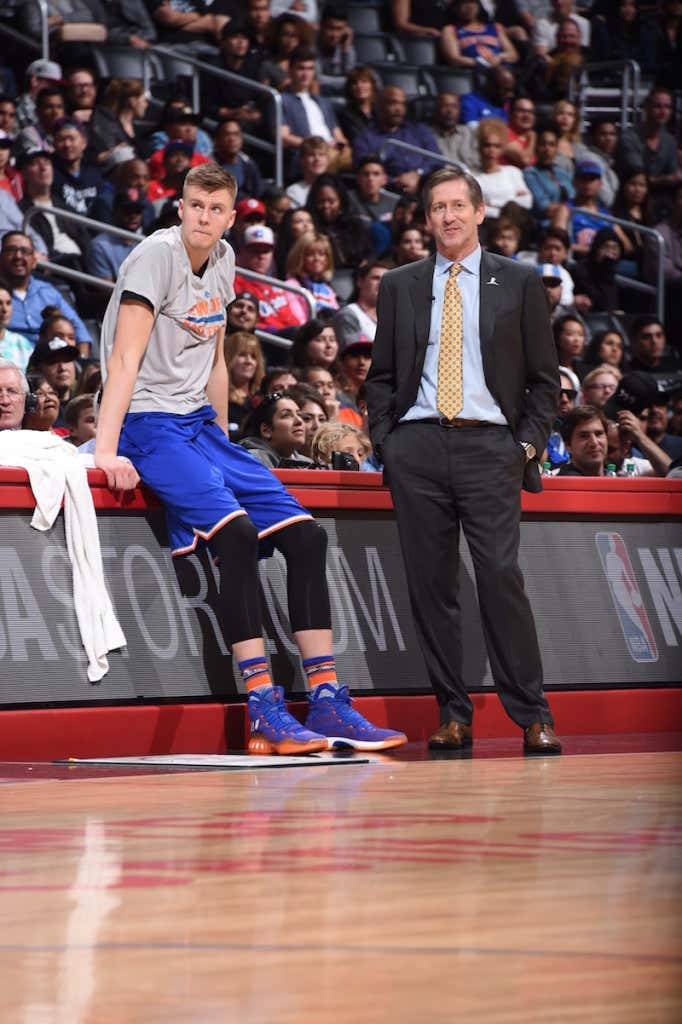