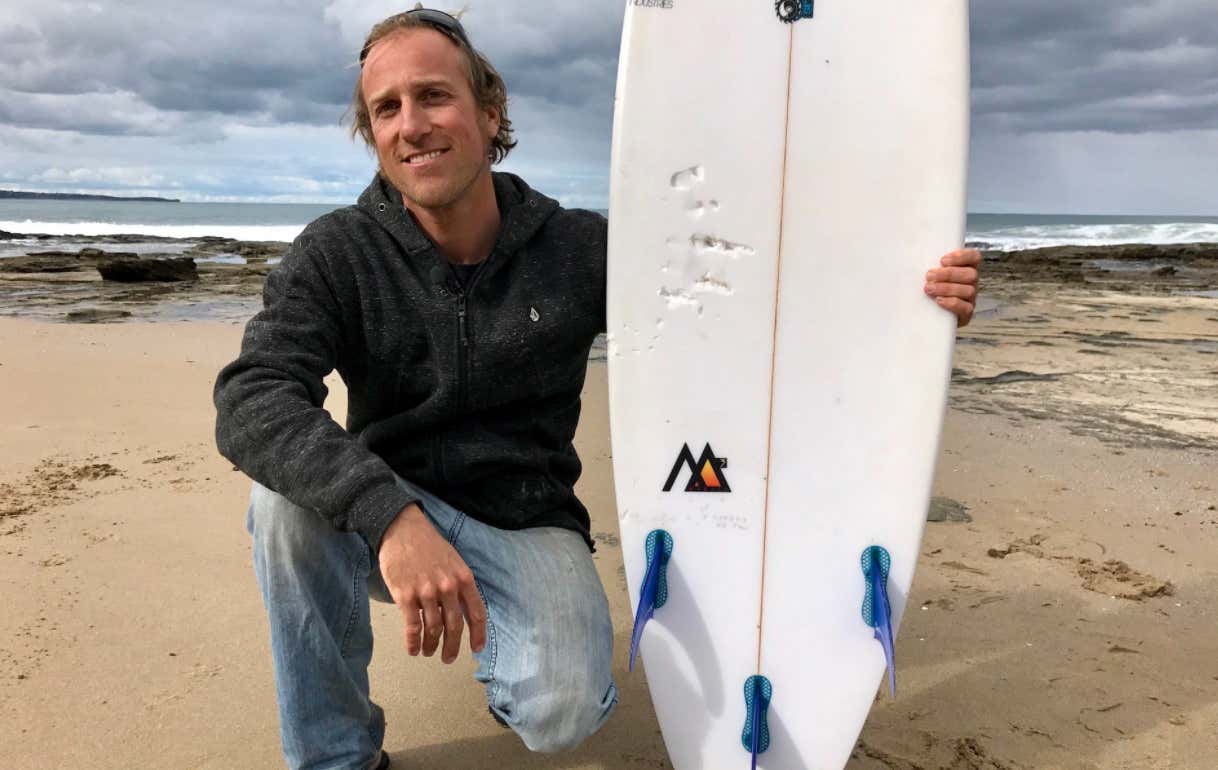 Telegraph- A surfer was lucky to escape with a superficial scratch on his back, a torn wetsuit and teeth marks in his board when he was attacked by a shark on Tuesday off an Australian beach.

Marcel Brundler, 37, estimated the shark that grabbed his board was a 3-metre (10-foot) Great White shark. He was surfing at Cathedral Rock, near Lorne 140km southwest of the Victoria state capital, Melbourne.

Mr Bundler said he punched the shark before making his escape by catching a wave.

Marcel Brundler said he initially thought the shark was a dolphin, but quickly realised it was much bigger than the mammal.

“But then I realised fairly quick because it was more than half a metre wide, with a massive dorsal fin, and it looked at me,” he told ABC News.

“Luckily, it’s just a little scrape on my skin.”

Mr Brundler said that he punched the shark then rode a wave away.

“I was shouting and punching it while it attacked me,” he told the Associated Press. “I was really, really lucky this wave popped up out of nowhere,” he added.

Police said Brundler was remarkably calm after the attack.

Despite the ordeal, Swiss-born Mr Brundler said he would probably surf again next week.

“Maybe not on my own though, it will be a little scary,” he said.

I’m a little tired of hearing these stories. When enough Australian surfers throw fisticuffs at great white sharks, it ceases to be an impressive feat. At this point, everyone and their mother knows somebody who went a couple rounds with a shark. If you’re surfing in Australia, you’re basically asking for it. This guy had a tiny scrape on his back? Alright, boring. Shark survival stories are so abundant that to be impressed at this point, I need organs hanging out. Show me a guy with a prosthetic limb, wearing a necklace with the teeth that were embedded in his femur, and I’ll give credit where credit is due. But this cookie-cutter bullshit needs to stop.

“I was really, really lucky this wave popped up out of nowhere.” Honestly, that’s kind of cool. Reminds me of Surf Ninjas. Riding the waves to and from danger, your mission determined entirely by the tide chart. I miss childhood, a time when people thought I was talented. 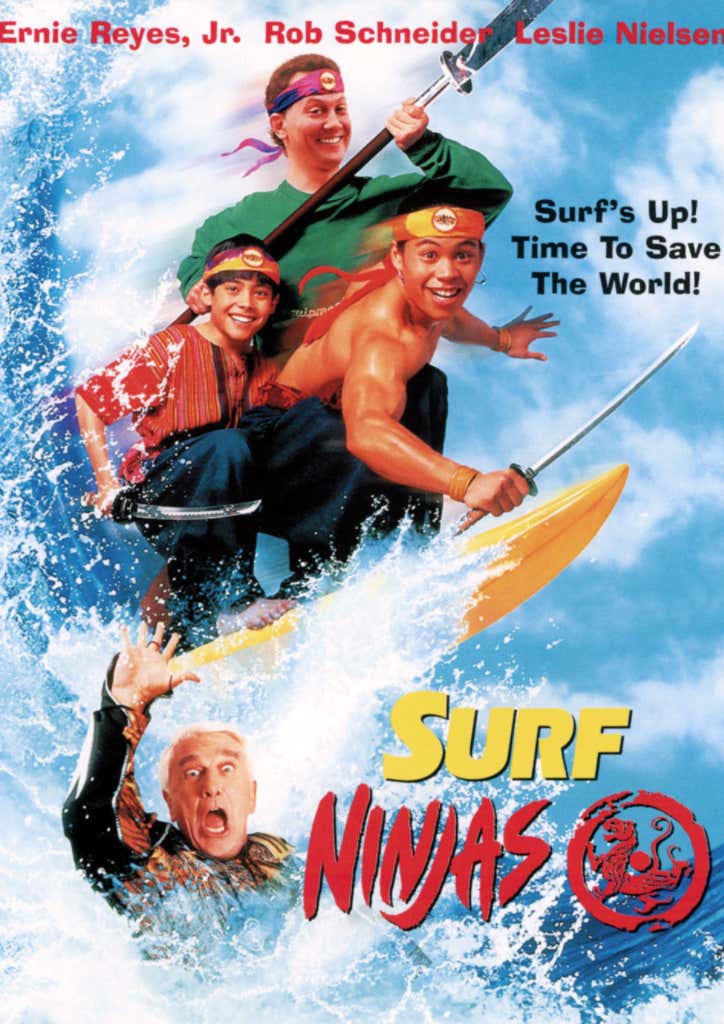 PS- had no idea Rob Schneider was in this movie. What a career.