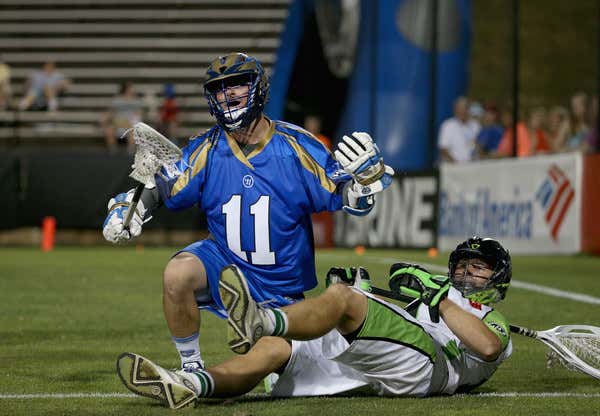 Inside Lacrosse – In what is being called a “data incident” by Major League Lacrosse, personal details of every player in the MLL player pool — even inactive individuals — were briefly exposed via a publicly accessible link to an excel spreadsheet. That spreadsheet contained the “full name, address, telephone number, email address, Social Security number, citizenship, date of birth, height, weight, position, college, graduation year, team, and non-MLL occupation” of every individual currently registered with the Major League Lacrosse player pool. The public link to the spreadsheet was discovered by internal MLL personnel and disabled, but the far reaching impact of this breach is as yet unknown.

Players were notified via email that their information was compromised and they were advised to “Establish free 90-day fraud alerts with the three credit reporting bureaus” and “consider placing a credit freeze on accounts which will make it more difficult for someone to open an account.” In addition, the compromised individuals were given information on how to file a complaint with the FTC if they become the victim of identity theft.

BREAKING NEWS: Major League Lacrosse screws up a lot. Usually it’s something minor such as misspelling a player’s name in a press release. Or putting out the wrong schedule matchups on Twitter. Is it necessarily a good look for the league to be making these types of mistakes as opposed to, let’s say, a lowly blogger who still struggles to grasp some basic grammatical rules? Sure. But nobody’s identity has ever been stolen due to a misspelled name in a press release or telling fans on Twitter from the league’s main account that the Hounds are hosting the Bayhawks even though Chesapeake has a home game against the Blaze. While these minor mistakes aren’t great for trying to legitimize the league, people are still able to move past them and say “well maybe the league isn’t as incompetent as we think and there’s still a chance they can figure it out”. Yesterday, we found out that Major League Lacrosse is exactly as incompetent as we all thought.

I’ve said this plenty of times before. I feel awful for the guys who actually play in the MLL. These guys do everything they can to make the on-field product look like an actual professional sports league. As far as the lacrosse goes, the MLL has never been better. But the league itself constantly shits in their own mouth and holds back the game. This just happens to be the biggest shit of them all. Full names, date of birth, social security. Pretty much anything that any hacker could ever ask for was served to them on a plate by the fucking league itself.

And I’m going to say something here that is 100% serious and not sarcastic at all. Thank god this is only the MLL. Could you imagine if the NFL accidentally released all of this private information of all of their players–active or inactive? Their identities would have been stolen within seconds of it being released. Thankfully, I can’t imagine there are too many people out there who were waiting for this information to slip from Major League Lacrosse. But the fact still remains that it got out there and now you even have players turning against the league. Not good! Why continue to give up your summer to play in a league that pays virtually nothing, gives the players zero rights, clearly doesn’t care to operate itself like a professional organization, and now will accidentally send out all of your personal information to the world? It’s admirable these guys keep showing up week after week to grow the game but at some point they’re going to realize that enough is enough. The indoor league is expanding and there’s more opportunity there anyway.