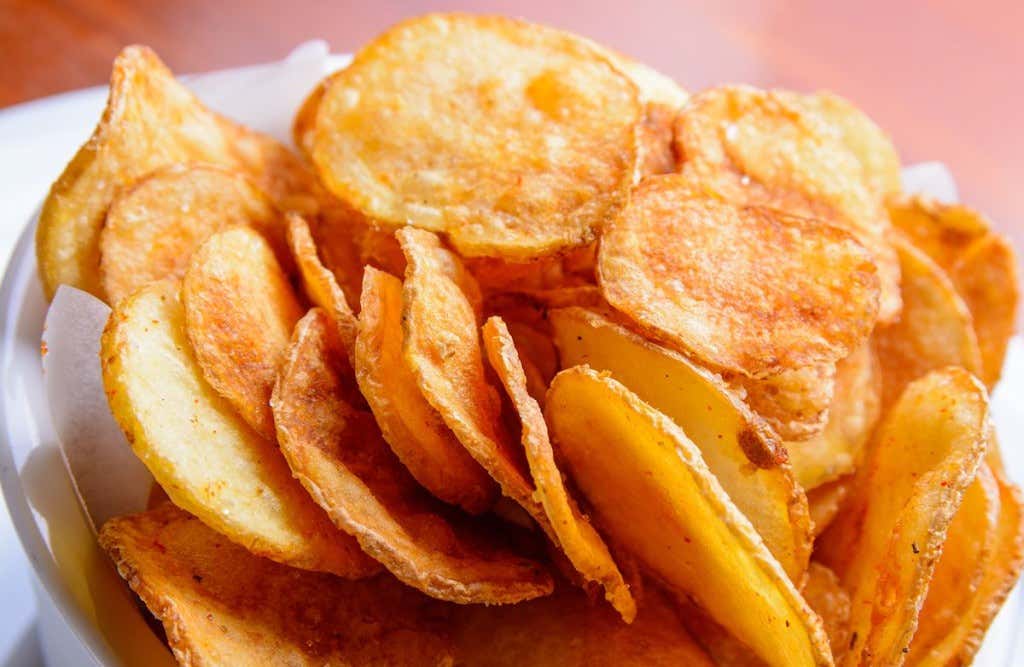 August 24, 1853 - However, a legend associates the creation of potato chips with Saratoga Springs, New York, decades later. By the late nineteenth century, a popular version of the story attributed the dish to George Crum, a half-black, half-Native American cook at Moon’s Lake House, who was trying to appease an unhappy customer on 24 August 1853. The customer kept sending his French-fried potatoes back, complaining that they were too thick. Frustrated, he sliced the potatoes razor thin, fried them until crisp and seasoned them with extra salt. To Crum’s surprise, the customer loved them. They soon became called “Saratoga Chips”, a name that persisted into at least the mid-twentieth century. A version of this story popularized in a 1973 national advertising campaign by St. Regis Paper Company, which manufactured packaging for chips, said that Crum’s customer was Cornelius Vanderbilt. Crum was renowned as a chef and by 1860 owned his own lakeside restaurant, Crum’s House.

George Crum. You brilliant son of a bitch, you. Why the hell didn’t anybody think of this earlier? Just fry the shit out of some potatoes, throw hella salt on there (we’re saying “hella” again), and grub away. You’re an absolute fool if you don’t think that sounds delicious. Think about all the possibilities you have here. You could put a little vinegar on there with the salt. You could put some BBQ flavor on there. Maybe some sour cream & onions if you’re into overrated flavors. Oh shit, I bet jalapeño flavor would crush it on these bad boys.

Endless possibilities. I need to get my hands on some of these “Saratoga Chips”. Honestly, that sounds a little too fancy for me. Let’s just simple it down a little more and start calling these things “potato chips”. Makes a lot more sense anyway. Imagine you’re eating a ham and cheese sandwich for lunch. It’s good but there’s still something left to be desired there. Maybe you’re looking for a little crunch to really pull the whole thing together. BOOM. Throw some potato chips on that bitch and you’ve got yourself the best sandwich you’ve ever made in your life. Like I said, the game has officially changed. And it’s all thanks to one annoying ass customer who thinks the world revolves around him.

P.S. – This is the beauty of the throwback blogs. I would have never known potato chips were invented on August 24, 1853 if not for this segment. Now that’s a trivia question we all get to stunt on everybody else with.