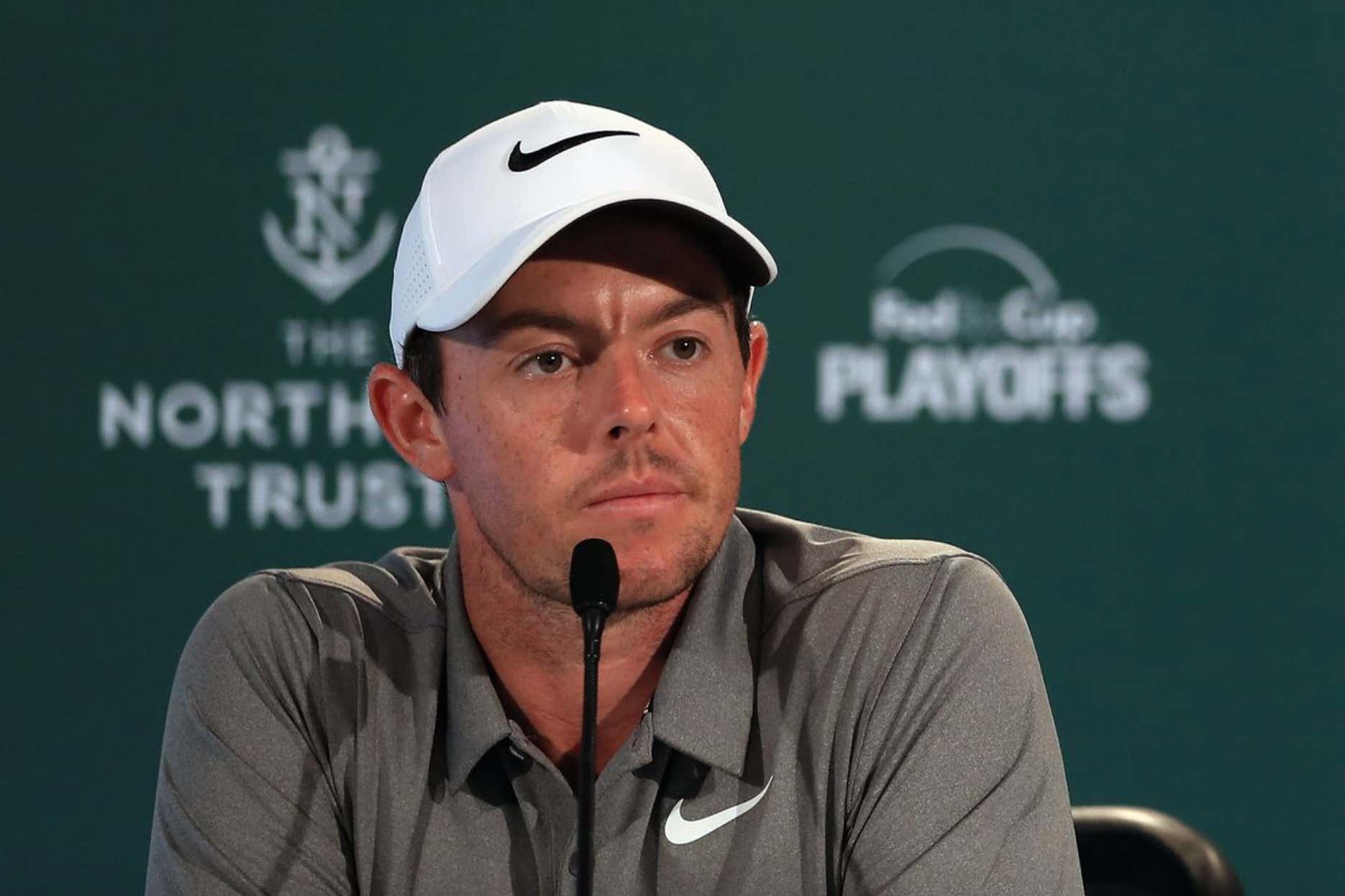 Telegraph- Rory McIlroy has expressed concern that the big fight between Conor McGregor and Floyd Mayweather could be ‘fixed’ in some way. McGregor, who has met McIlroy on several occasions at UFC events, is making his professional boxing debut on August 26. McIlroy, who is an avid fight fan, was asked about the fight at his press conference ahead of this week’s Northern Trust. “Certainly that’s all I’ve done is follow the build up to this thing. Now that I’m off Twitter and social media, all I do is watch YouTube videos of Conor McGregor,” said McIlroy. “I’m intrigued. He [McGregor] talks a good game. If you just listen to his press conferences and what he says, you would think that this guy, he’s the one with the 50-0 boxing record. “It’s amazing. I’m a big admirer of him. He talks about visualization and the law of attraction and all this stuff that he believes in it and he vocalizes it, and he has the courage to say what he thinks. I’m a believer in that stuff, and I’m a big advocate of that.

“I’m interested just to see how it all plays out, but I just fear that they do all this trash-talking and they go behind the scenes and they are having a laugh and thinking: I can’t believe we are talking all this public for a ride. “We are all buying into it and they are like, can you believe these people believe this. I just hope it doesn’t turn into it and I hope it’s not in any way fixed.

I gotta tell ya, I partially agree with Rory here (surprise, surprise I know since I’m a Rory stan but stick with me here). I 100% think Mayweather and McGregor like each other. Like REALLY like each other in a “game recognize game” sort of way. I think they really admire each other’s fighting prowess but especially each other’s shit-talking game. I feel like they’re both laughing on the inside while they throw verbal jabs at each other on stage.  Now, I don’t think they’re going behind the curtain at these press conferences being like, “Can you believe how we have all these people on a string thinking we hate each other? We’re gonna be so goddamn rich after this” I would be shocked if that was happening. I certainly don’t think the fix is in at all. They both clearly have GIANT egos and want to come out victorious. Even if they do like each other the fight will still be awesome cause each of them wants to be king of the world. So yes I think they really like each other but no I don’t think it’ll affect the right in any way.