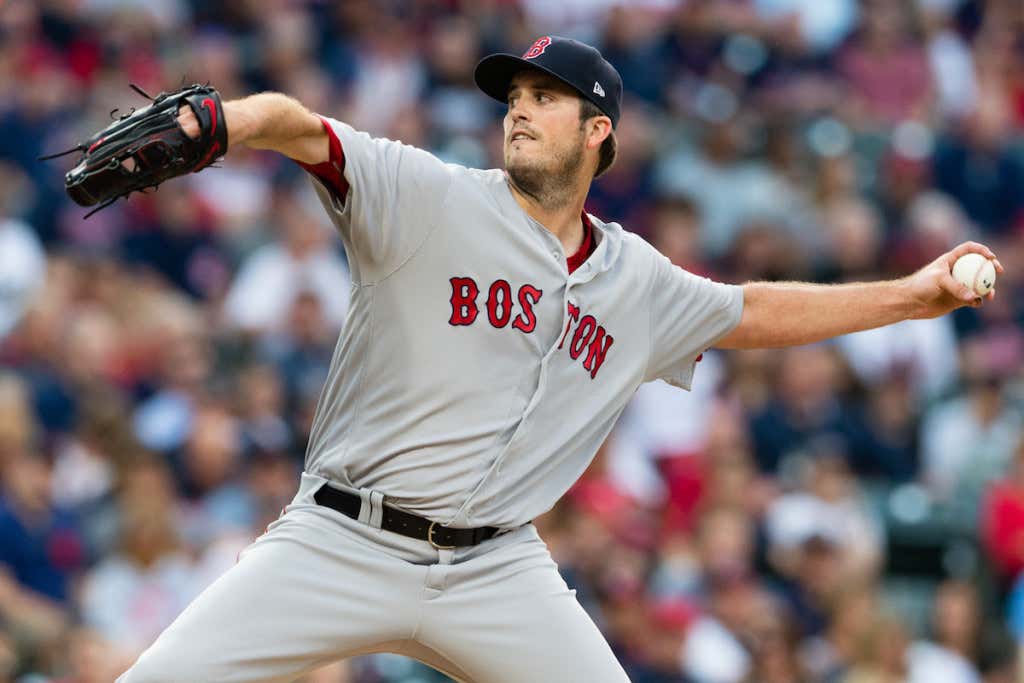 That was it. That was the final test. I’m not saying it’s a forgone conclusion that the Red Sox are going to win the World Series now — I’d argue that baseball is the most difficult sport of all to forecast a champion in — but if you were still on the fence about this Red Sox team 24 hours ago, what’s your excuse now? If they can beat the hottest ace in the game, who pitches for one of the hottest teams in the game, on the road, without their own ace on the mound, what more do they need to do to prove to you that they’ve really got a shot at this thing?

On May 2, Corey Kluber gave up five earned runs in three innings to the Detroit Tigers, far and away his worst outing of the season. He was placed on the disabled list the next day and was not activated until June 1. Coming into Wednesday night’s start, since returning from his lower back injury, Kluber had the lowest ERA in baseball (1.87), the lowest WHIP (0.76), and the highest K/9 (13.03). There’s no debate here — Kluber has been the best pitcher in baseball since returning from his injury 16 starts ago.

In Kluber’s first time facing Boston all year, he was still as great as he has been since returning. The only problem is, the Red Sox were better, and it started with Drew Pomeranz. It is actually fucking insane how Pomeranz has managed to turn things around here in Boston. After going five and a third last night, his ERA on the entire year is down to 3.18, which is fifth best in the American League, tenth best in the majors. The turnaround for Pomeranz began back on May 25, though. Over his last 17 starts, Pomeranz owns the fourth best ERA in the MLB (2.48) with only Gio Gonzalez, Kluber and Max Scherzer having lower marks than him.

ICYMI: 9?? Ks for @DrewPomeranz paved the way for the #RedSox last night. pic.twitter.com/gcVrl0rQzT

John Farrell gave Pomeranz the hook with one out in the sixth with the lefty at 103 pitches, which I didn’t like. I understand being cautious with Pomeranz exiting his last start with back spasms, but he didn’t seem to be affected by that in this particular outing. He seemed to be visibly disappointed by Farrell’s decision, and I can’t say that I blame him, especially when you look over and see who you’re dueling against and what his pitching line looked like.

Kluber finished his night having gone seven and two thirds with 12 strikeouts, but he did allow a pair of earned runs, one on a Mitch Moreland solo shot. But the dagger came in the top of the eighth when the former Cy Young award winner let his emotions get the best of him. With two outs and a runner on first, Eduardo Nunez took a BIG hack at a 2-0 cutter that caused him to fall over because he swung out of his ass. The next pitch was definitely intended to go behind Nunez, but it ended up clipping him and putting two runners on. Mookie Betts drove a 2-2 curveball into left that plated a run and knocked Kluber out of the game.

That was a weird move by Kluber. I’ve never known him to be a hot head or one of those “police the game” guys or an “unwritten rule” guy that would take exception to somebody swinging too hard. That seemed really out of character, but please spare me any argument that the pitch that hit Nunez was unintentional. Of course it was intentional. Kluber has the fifth lowest walks per nine innings in the entire league, and control has never been an issue for him. I would imagine that this will not sit well with the Red Sox, who have already proven on several occasions this year that you don’t fuck with their guys without dealing with the consequences. Or perhaps the consequence was simply just Nunez hammering another homer in his next at-bat?

That, or maybe the Red Sox have learned from their battles with the Baltimore Orioles this season. Those beanball wars never really ignited the Red Sox as a team, and they never really got it going until after all of their drama bullshit went away. Not saying the Red Sox should just forget about it, but perhaps put it in your back pocket for now, because now isn’t the time to get somebody like Chris Sale suspended. Now’s the time to make a statement against the defending American League champions, and I’d say that taking three out of four in their house, and five out of eight on the season, is a great way of doing that.