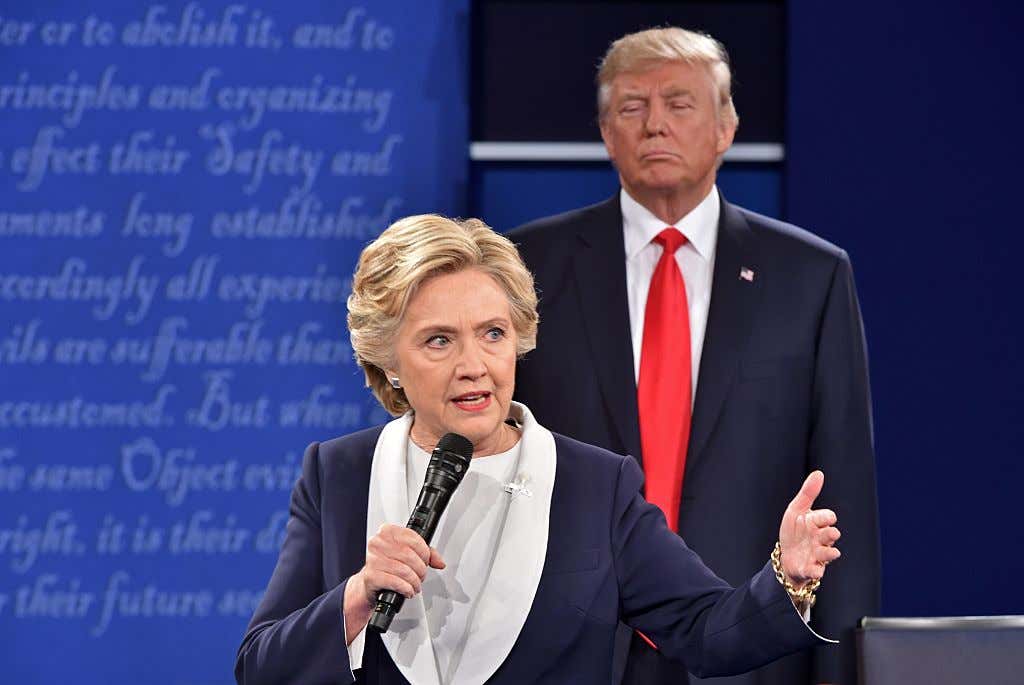 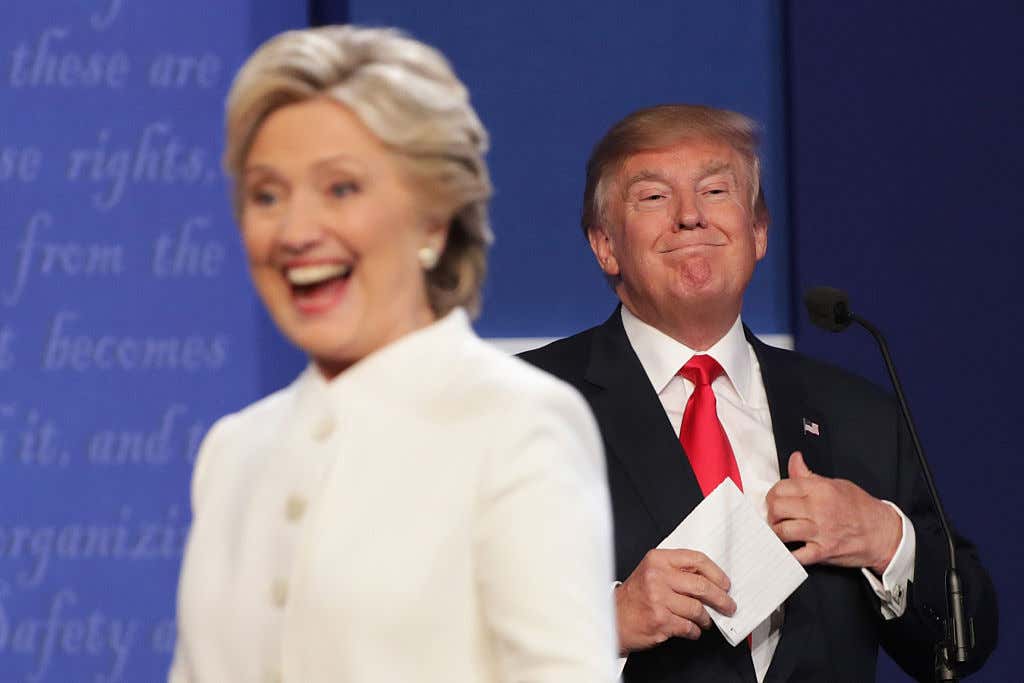 CNN — In one of the excerpts [of her new memoire], Clinton specifically addressed how she felt to have Trump standing behind her during a debate at Washington University in St. Louis.

“It was incredibly uncomfortable,” she said, describing the moment. “He was literally breathing down my neck. My skin crawled. It was one of those moments where you wish you could hit pause and ask everyone watching, well, what would you do?”

She continued: “Do you stay calm, keep smiling and carry on as if he weren’t repeatedly invading your space? Or do you turn, look him in the eye and say loudly and clearly, ‘Back up you creep, get away from me?’ … I kept my cool, aided by a lifetime of dealing with men trying to throw me off.”

Great nostalgia brought on by talking presidential debates. What an electric whirlwind of a time that was. A+ television. Events that garnered enormous hype then delivered on that hype. Will we ever see anything like them again? Probably not. Sure, Donnie will (potentially) have another round in 3 years, but it won’t be against Hillary. Will they be as good? Who knows. Every debate the dude’s been in has been fire.

In my extensive research for this blog I stumbled across videos of Hillary’s blame game. They get me every time. So fascinating to have watched the campaign and election unfold the way they did, then hear Hillary’s thoughts well after. We often wonder how the hell Trump won the presidency… until Hillary pops back into the picture.

PS — Stumbled across this video of people laughing at Trump’s candidacy. Always fun watching these from the future.