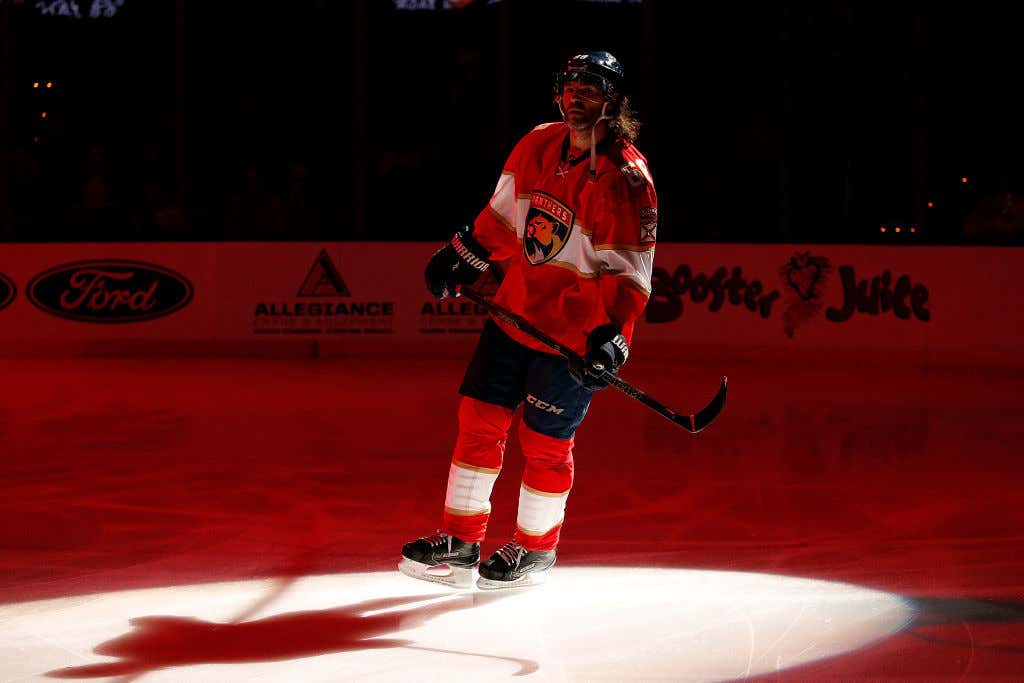 I’m equal parts disappointed and disgusted in how long its taken Jaromir Jagr to find a job in the NHL this summer. I think anybody who has read any of my blogs since July 1 can tell that. But yesterday, Elliotte Friedman threw out there that there’s one team that has been looking to bring in the legend to work with their young core of players.

FanRagSports – On the unrestricted free agent front, hockey legend Jaromir Jagr is still without an NHL home for 2017-18.

“I know some teams that have kind of talked and taken a look at it,” noted Friedman. “I think Calgary has been one that has kind of looked at it. One of his former coaches, Glen Gulutzan, is coaching up there.

“From what I hear, I think he’s patient enough to wait for the right opportunity because if it doesn’t come in the NHL, maybe it comes overseas. Maybe he goes and plays in the Olympics. Or maybe he starts, as he’s talked about, in his local team from the Czech League, and comes back somewhere during the year.

Just do me a favor and think about how good Johnny Gaudreau is going to get if he’s being mentored by Jags. Kid has been in the league for 3 years and is already a 3x All Star. Fans in Philly have already seen the impact Jagr has had on Giroux and Voracek. Just having him in the building alone is enough to make a difference for someone like Johnny Hockey. And I guess that’s what Calgary is hoping for because it looks like the deal is close to going down.

Now I don’t know who this Joshua Marshall guy is. Don’t think I’d trust him as far as I could throw him. When it comes to rumors in the NHL, you don’t believe it until it comes from Bob McKenzie, Dreger, LeBrun, Frank Seravalli, or Elliotte Friedman. Since the original report about Calgary being interested came from Friedman and the fact that they still have around $7M in cap space this year, 1 year at $3.7M seems pretty believable.

So now you look at what the Calgary Flames have done this offseason. They brought in Mike Smith in net. They signed highly touted college UFA Spencer Foo from Union. They made the trade with the Islanders to bring in Travis Hamonic on the blueline. And now they’re about to sign Jaromir Jagr. Gaudreau, Monahan, Tkachuk, Bennett, Foo, Jagr, Lazar (if he pans out). That’s a forward lineup that fucks. And they fuck heavy.

And like I said, I think the biggest benefit to bringing in Jagr is the way he can teach these kids they have in their lineup about work ethic and how he can impact their game. Do I think that bringing in Jaromir Jagr is going to be the piece the Flames need to get past the Edmonton Oilers in the last year of McDavid’s ELC? Probably not. But you bring him in for the year, let him be a mentor to guys like Hockey and Chucky, pot home 40 points, make $3.7M and call it a year. It’s wins all around. Besides the fact that he has to live in Calgary. That part definitely sucks ass. No offense to any Stoolies from Calgary but unless you are a professional ice hockey player, I don’t think anybody actually moves to Calgary. No offense.