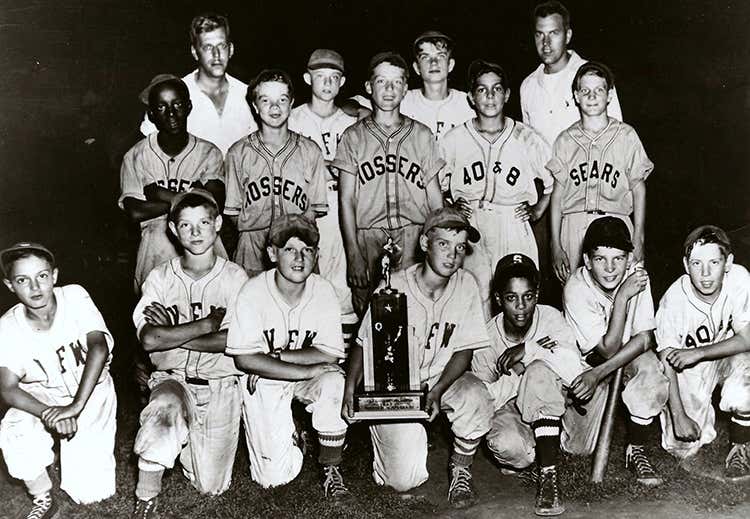 The Maynard Midgets defeat the Lock Haven All-Stars 16-7 in a battle of Pennsylvania teams to win the first Little League World Series. The games are played at a stadium in Williamsport on a field near a levee protecting the residents from the Susquehanna River. The first tournament consisted of a dozen teams, most of which were from Pennsylvania. The integrated tournament had more than 2,500 fans on hand for the final helping to boost youth baseball.

Little League Baseball was founded in 1939 in Williamsport, Pennsylvania by Carl Stotz who wanted to create an organized league with adult involvement to end the bickering and fighting on sandlots. Stotz idea for organized youth baseball quickly grew and by the time he created the World Series there were 12 different leagues, mostly in Pennsylvania with one in New Jersey. The champions of those league composed the first tournament.

The success of the first Little League World Series, helped the organization made up mostly of volunteers grow immensely, as there were 94 leagues throughout the Eastern United States one year later with the first cooperate sponsor donating shoes to the players. Over the next few years, Little League Organization spread across the United States, with leagues in Canada and Panama forming in 1951. In 1957 a team from Monterrey, Mexico became the first international team to win the Little League World Series.