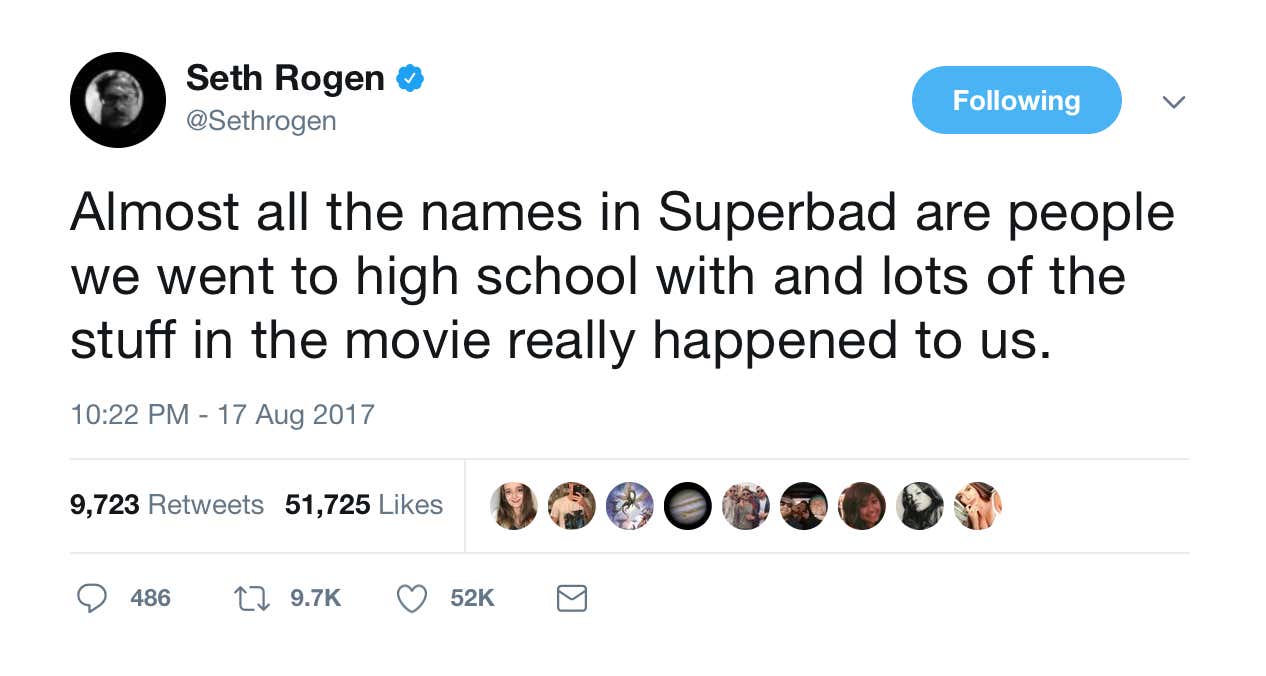 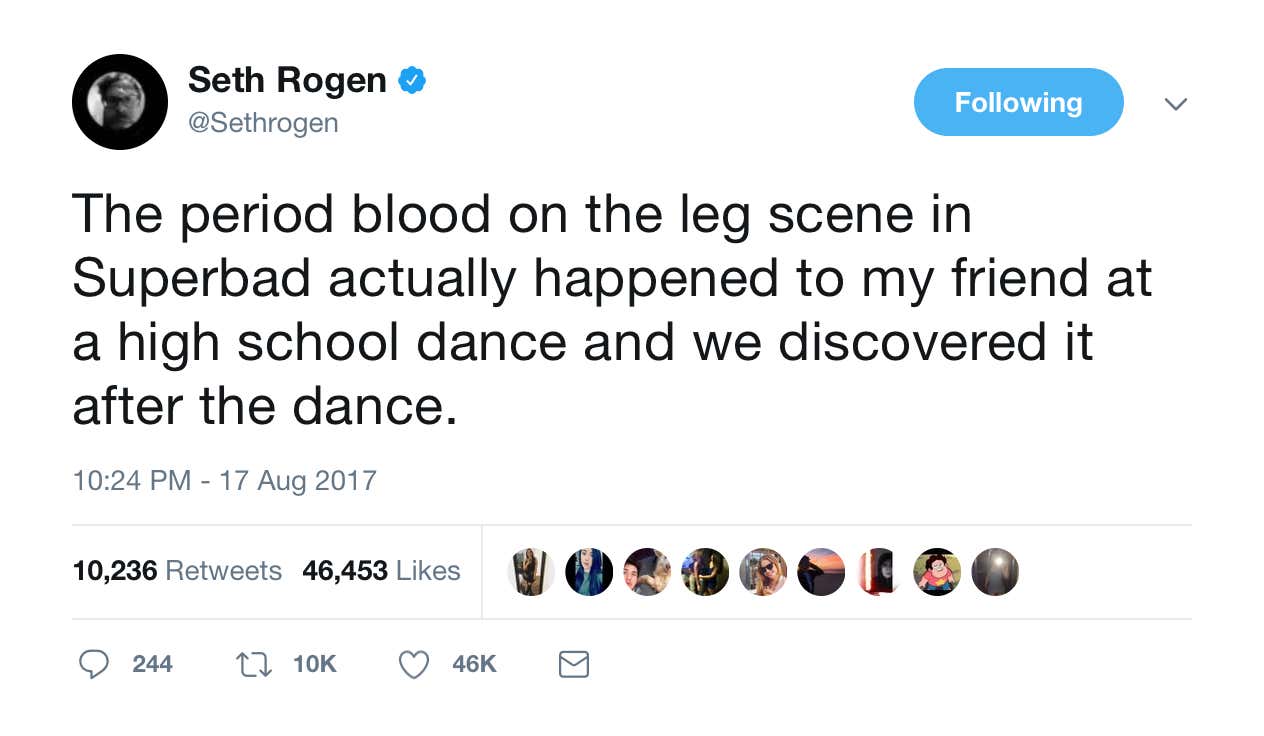 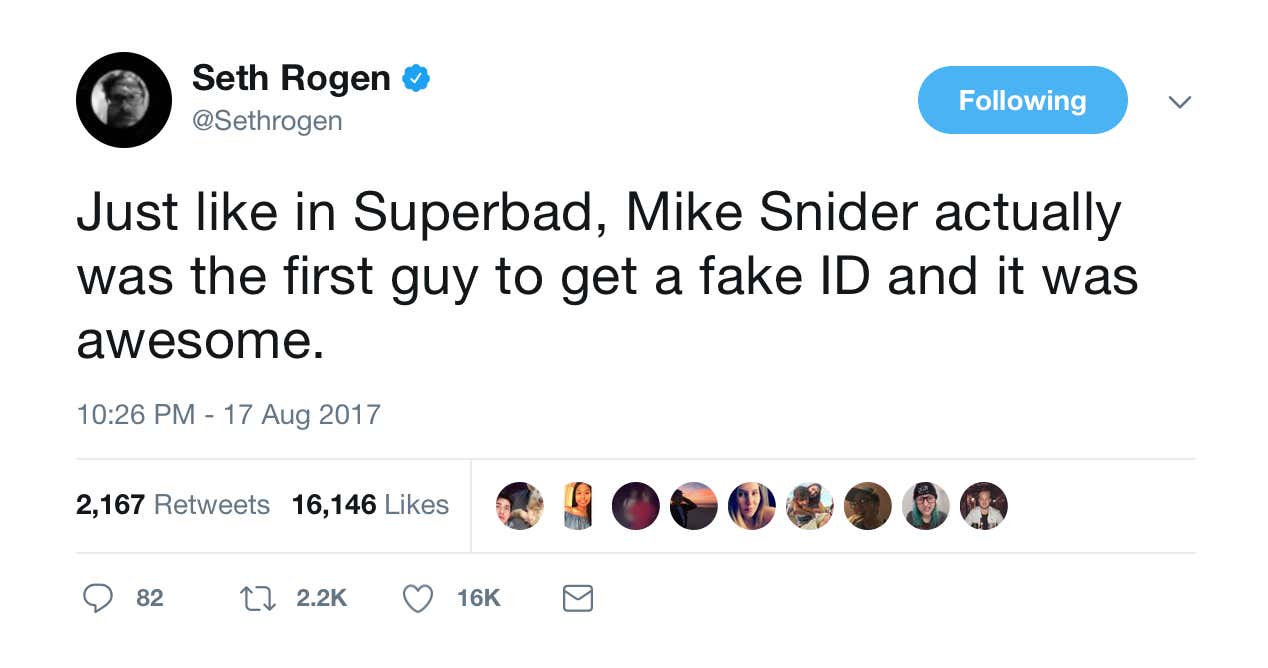 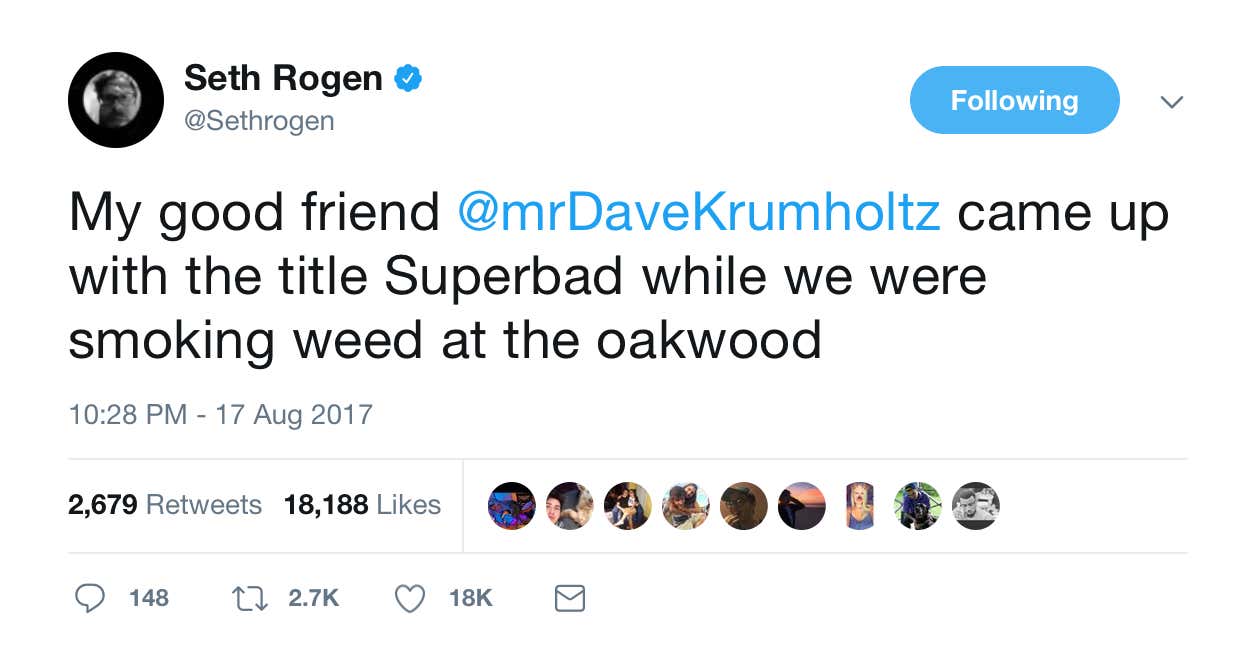 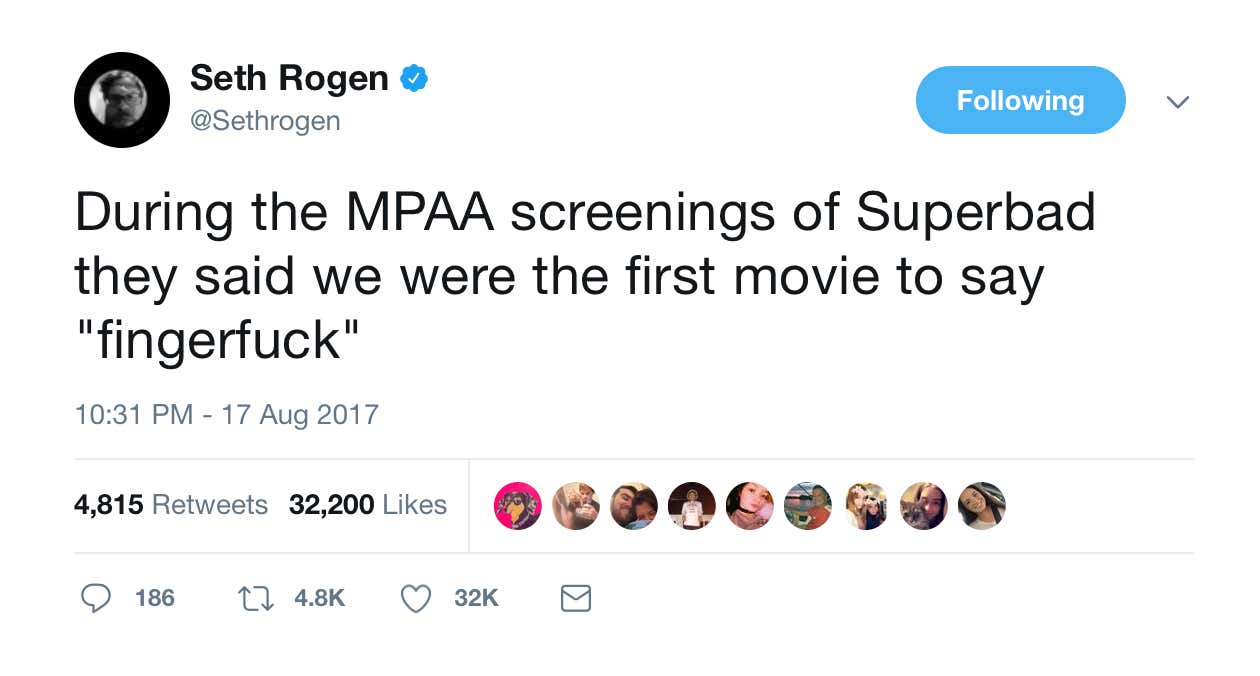 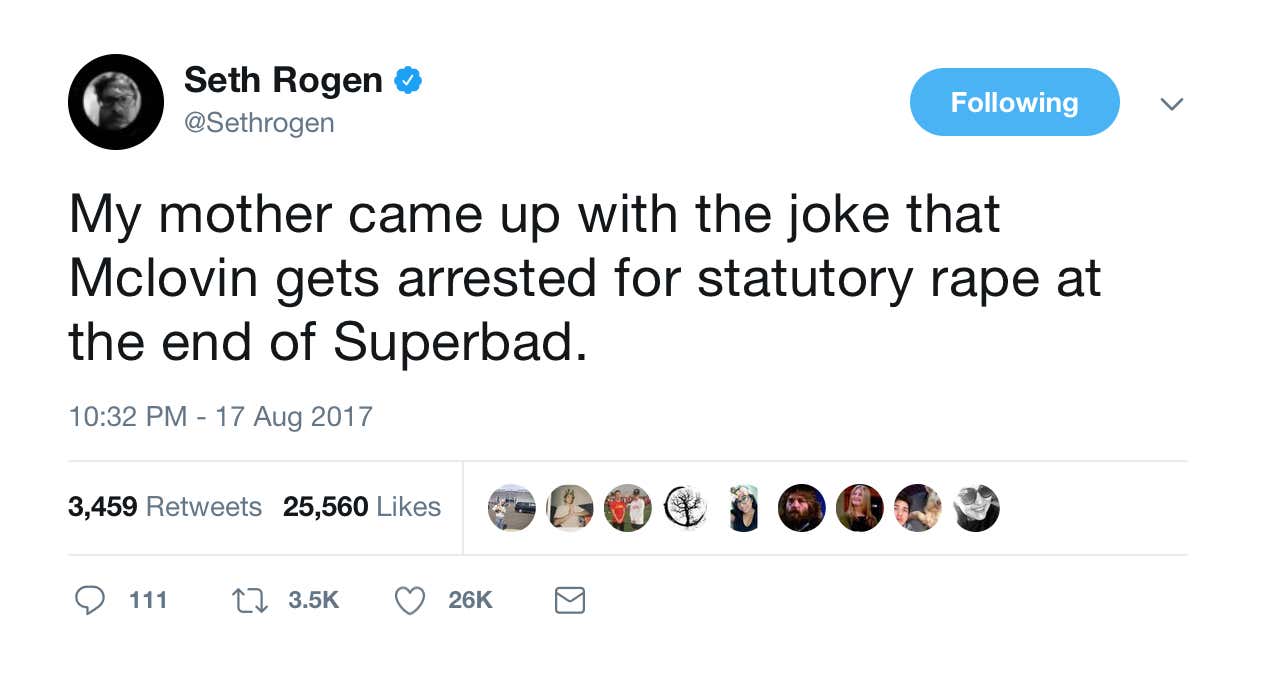 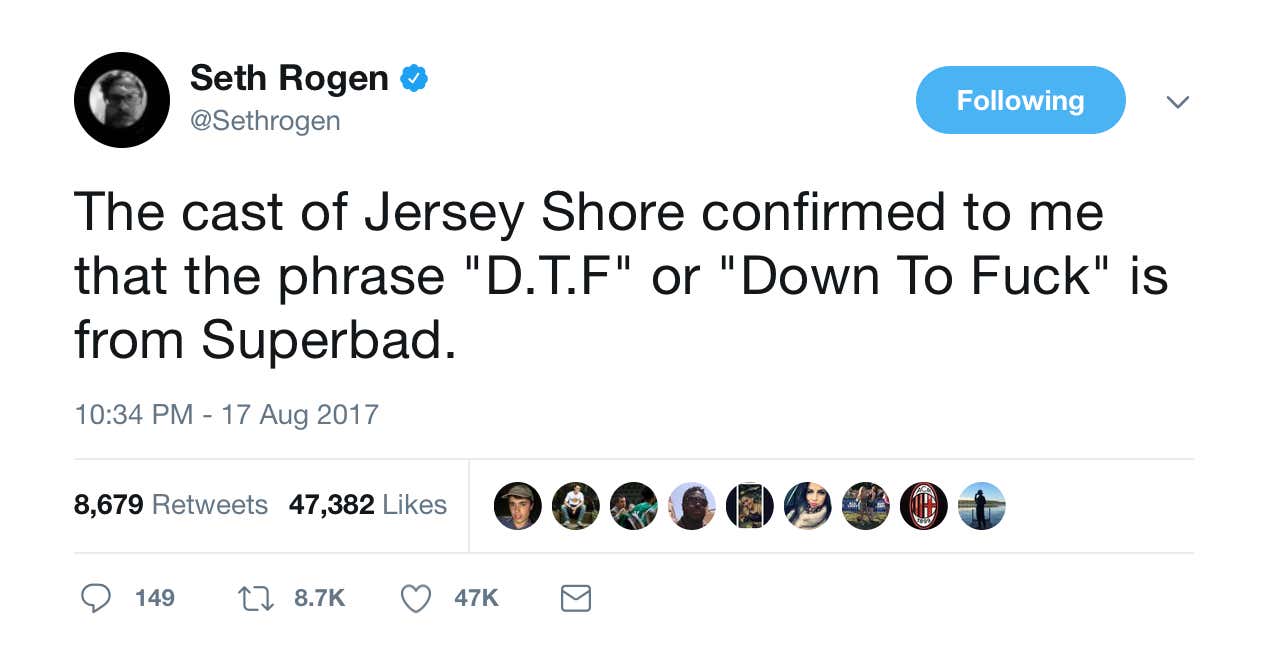 So yesterday was the 10th anniversary of Superbad. Let me start by saying that makes me feel incredibly old. This movie came out during my senior year of high school and it makes me wanna die to think we’re 10 years removed from that. I peaked in high school and it has been nothing but a downhill slide since. Second, Seth Rogen took to Twitter last night and tweeted out a bunch of AWESOME facts about the movie. I could listen to little-known-facts about just about any movie but Superbad? In the words of David Portnoy, “FEED ME!!!!!!!!” I never wanted Rogen to stop tweeting out Superbad facts. So many good nuggets like the period blood scenario being a real thing the happened to one of their friends. Or Evan Goldberg’s brother being the guy who drew all those awesome dicks. My favorite though is probably the naming of almost all of the characters after people they actually knew in high school. Can you imagine being one of those people? Even if your character was an asshole you’re still forever part of one of the greatest comedy movies of all time. I look forward to the 10th anniversary of Pineapple Express next year and hope Seth Rogen does the same thing.

Oh and he also confirmed that people don’t forget 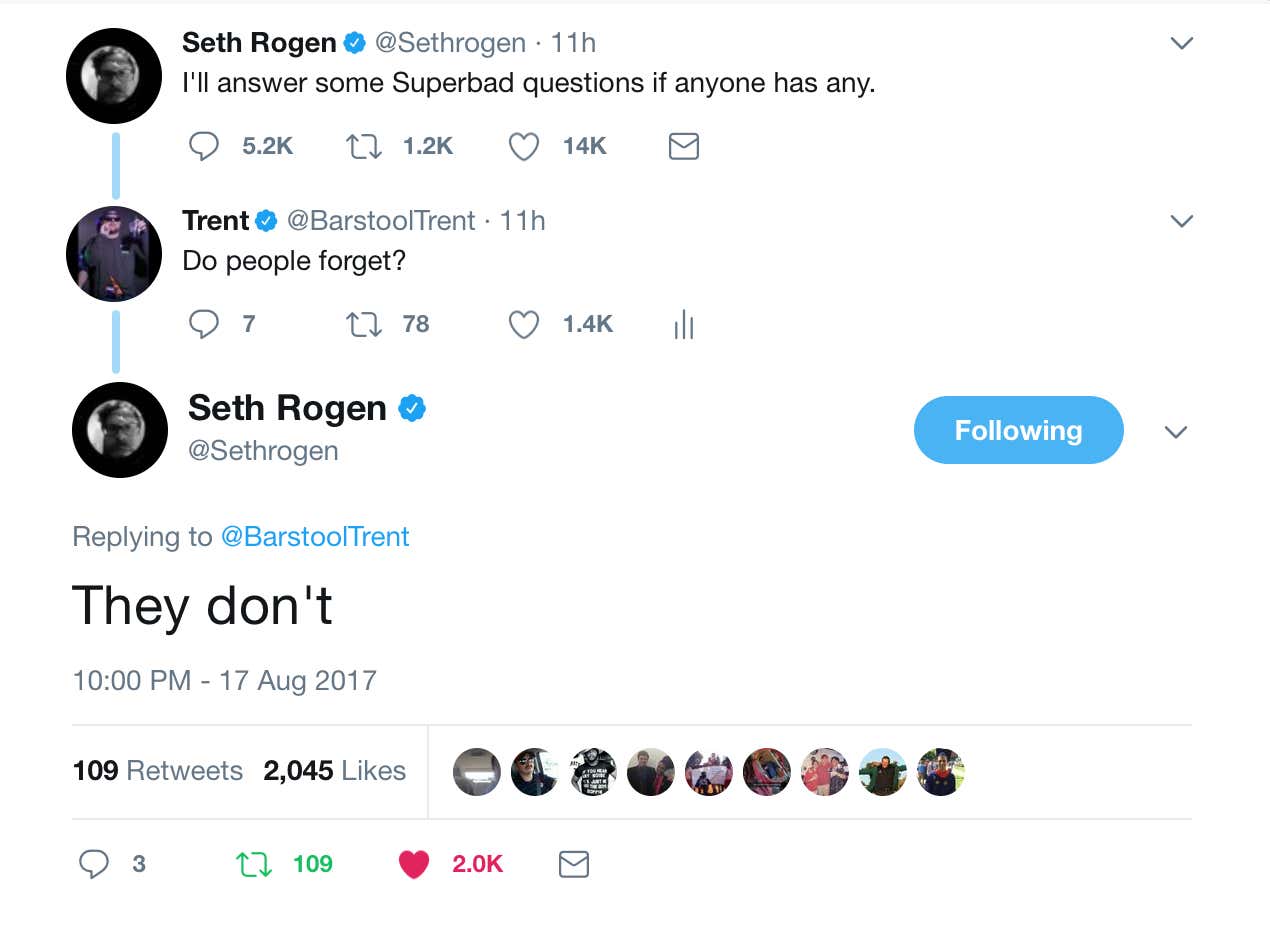