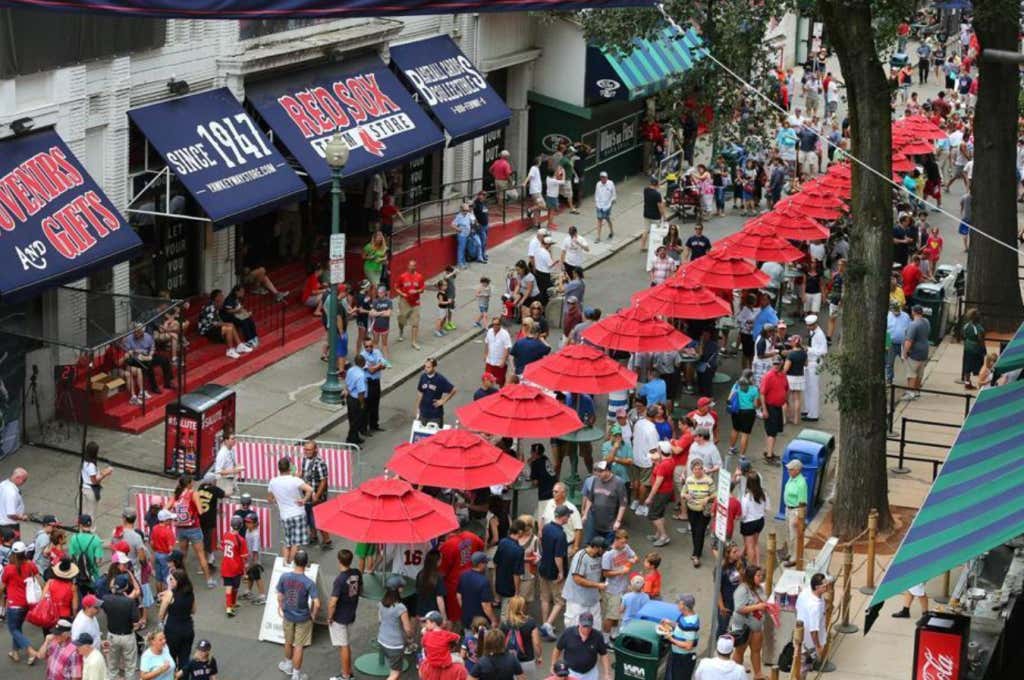 (Source) – The team is not trying to erase its history, but as Henry said, the time is right for the change and the conversation about race that it will spark. “I discussed this a number of times with the previous mayoral administration and they did not want to open what they saw as a can of worms,” said Henry in an email. “There are a number of buildings and institutions that bear the same name. The sale of the Red Sox by John Harrington helped to fund a number of very good works in the city done by the Yawkey Foundation (we had no control over where any monies were spent). The Yawkey Foundation has done a lot of great things over the years that have nothing to do with our history.” If it were up to Henry, he would rename the street “David Ortiz Way” or “Big Papi Way.” But before a new name is considered, the name change process needs to start with Henry and the one other Yawkey Way abutter petitioning the City of Boston for approval.“The Red Sox don’t control the naming or renaming of streets,” Henry said. “But for me, personally, the street name has always been a consistent reminder that it is our job to ensure the Red Sox are not just multi-cultural, but stand for as many of the right things in our community as we can – particularly in our African-American community and in the Dominican community that has embraced us so fully. The Red Sox Foundation and other organizations the Sox created such as Home Base have accomplished a lot over the last 15 years, but I am still haunted by what went on here a long time before we arrived.”

Taking down memorial nods to racists, super hot in the streets right now!

I’m sure this will be received calmly by everyone and, to an extent, I get it. The racism of Tom Yawkey is widely publicized but I still think it’s relatively unknown. I don’t think a majority of the people grabbing a beer and a hot dog, enjoying a summer day, are aware that the street they’re on is a memorial to a horrible racist who made sure his baseball team was the last to have black people on it. I don’t think they’re aware that the street is named after the guy who saw Jackie Robinson trying out and said “Get that (expletive that starts with an N and is commonly referred to ‘the N word’) off the field!” It’s just a catchy street name.

But if you’re mad about the name change because you’d prefer they keep a memorial to a racist, how ’bout getting rid of it just because the dude was a shitty owner? Guy saw all these teams winning the World Series with those very tan fellows and still decided that wasn’t something he was interested in. He had tryouts with Jackie Robinson and the opportunity to sign Willie Mays but decided “Eh, I’ll pass. Get me the whites!” Dude hated black folks so much that he was willing to keep the Curse of the Bambino going just to make sure his team looked resembled Boston after a snowstorm so fuck him. If you’re a racist dickhead you don’t get to have people enjoy lovely evenings on streets named in your honor. Not for more than 40 years, at least.

My ideas for new names? Pedro Place. David Ortiz Drive. Mike Benjamin Boulevard. Any of those will be perfect.