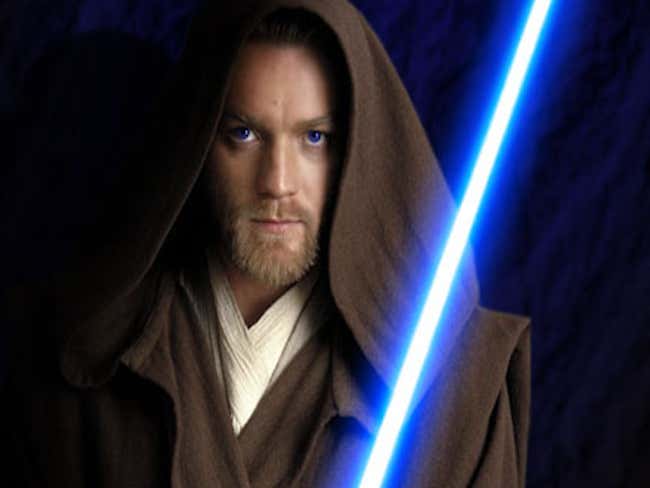 THR- Stephen Daldry is Star Wars’ new hope. The Oscar-nominated director behind Billy Elliot and The Hours is in early talks to direct a Star Wars standalone movie centering on Obi-Wan Kenobi, The Hollywood Reporter has learned.

Sources say talks are at the earliest of stages and that the project has no script. If a deal makes, Daldry would oversee the development and writing with Lucasfilm brass. It’s not known at this stage if Ewan McGregor will reprise his role.

The Obi-Wan Kenobi standalone is one of several projects being developed by Lucasfilm and Disney that fall outside the trilogies telling the saga of the Skywalker family. A Han Solo movie is now in the final stages of shooting under new director Ron Howard and Lucasfilm is also looking at movies featuring Yoda and bounty hunter Boba Fett, among others.

Alright Disney, lets fucking do this. I am blindly going to support The Mouse doing standalone movies about some of the most beloved characters of my childhood because there is nothing I can really do about the situation. They bought the franchise and have done a good job with it so far, despite how terrifying the Han Solo movie hiccups have been. If the Han Solo film ends up being an epic flop, I reserve the right to change my mind even though it will be way too late. But if any actor and character deserve a chance for a mulligan in a Star Wars movie, it is Ewan McGregor and Obi-Wan Kenobi. McGregor was one of the few highlights on the prequels and he should be the one to bring Obi-Wan back to the big screen without the Jar Jars and Roger Rogers weighing the movie down. In fact, it will almost feel weird if McGregor isn’t Obi-Wan. I still have trouble processing how The Fresh Prince had two Aunt Vivs. I don’t need THREE Obi-Wan’s in my life (RIP the GOAT Alec Guinness). What I need is an actor that will do the character justice and I feel like we know what McGregror can do as Obi-Wan. The only other thing I want in the movie is an explanation of how Obi-Wan went from looking like a young Ewan McGregor to an ancient Alec Guinness in 19 years.

And since no Star Wars blog on Barstool is complete without the C-3PO to my R2D2, here is Robbie Fox’s take on this news:

Alright Disney, LETS. FUCKING. DO. THIS. When Clem and I were at Star Wars Celebration (you may know it as “Heaven”) in April, there were rumblings about a big “End of Celebration” announcement that never panned out. The rumblings were mostly about a potential Obi Wan standalone film starring Ewan McGregor, something fans have been BEGGING FOR since Disney bought Lucasfilm. Here we are a few months later, and it’s looking like more and more of a reality. Much like Clem, I’m of the opinion that Ewan McGregor was a giant shining light in the darkness of the prequels, and he deserves an awesome standalone flick for putting up with Lucas’ Phantom Menace brain. I was and still am iffy about the Han Solo standalone, but I’m full thrusters ahead on this, no doubts or worries at all.

So Disney…you do want to make this film.*

*This is a Jedi mind trick