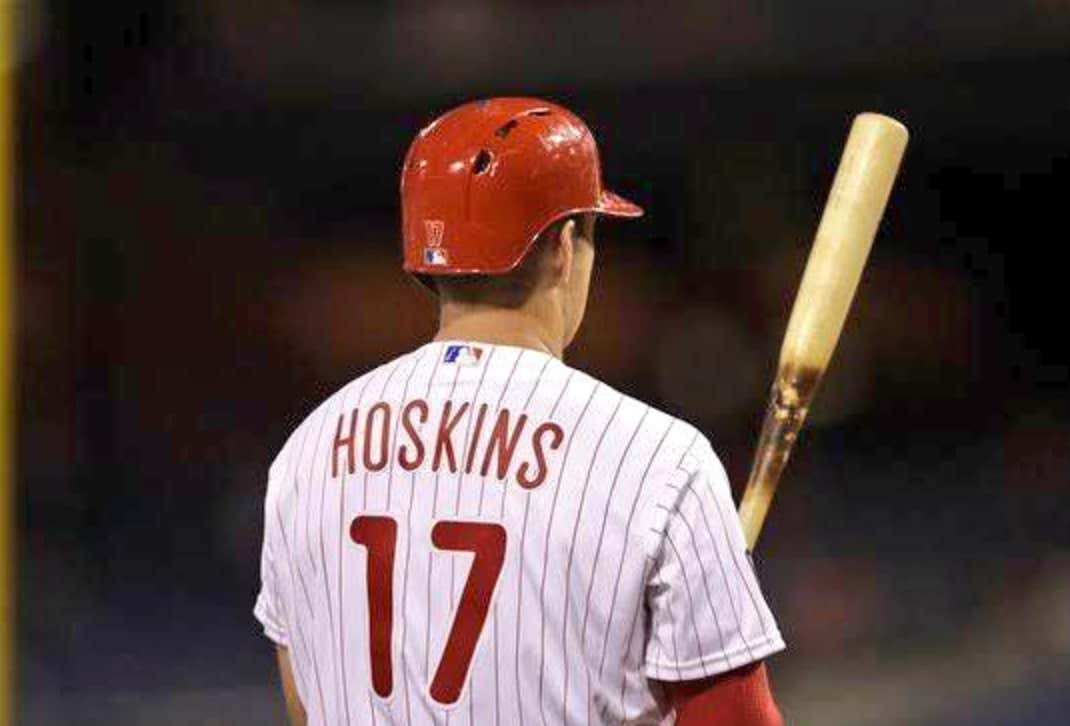 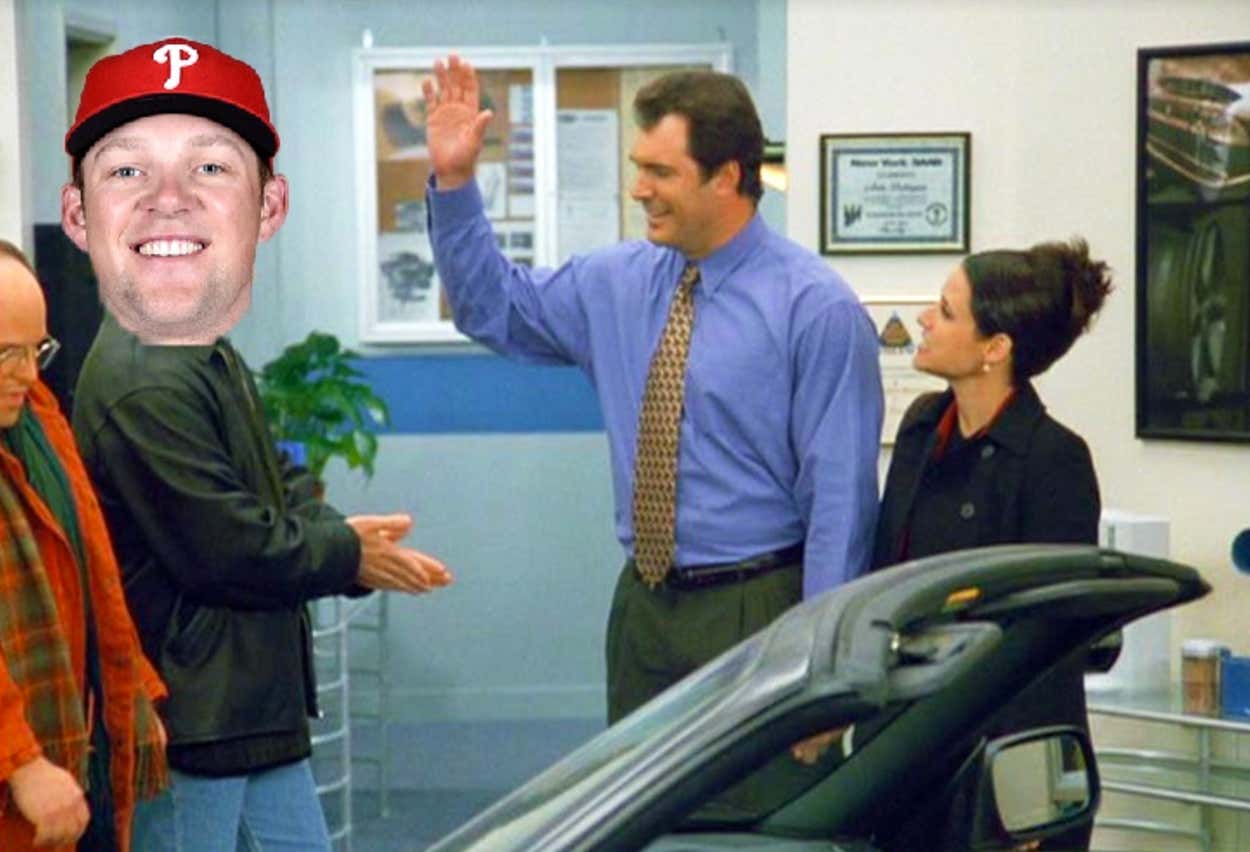 First and foremost, I’m a diehard stoolie. I have been for years. If I saw the main page post a blog on back to back days of a 43-73 baseball team, especially in the dog days of August, I would be a little perturbed to say the least. Gracing this website with nonsense about the Philadelphia Phillies is a dream come true, but other than me yelling at Old Man Mackanin, what is there to even talk about with them? I wouldn’t go as far as saying this team is the bane of my existence because I’m an adult and have more important things to worry about. I am however, extremely unhappy with them. This week has been different though. A glimmering light of hope seems to have shined upon us lowly Phillies fans. Yesterday, we learned that Aaron Nola is the second coming of Steve Carlton. Today, treat yourselves with some Rhys Hoskins.

No doubt about it.

SOMEBODY GIVE THE MAN A HIGH FIVE! pic.twitter.com/gMaOK7qoUd

Here you go Rhys. My man Puddy’s got you.

A lot of people are also saying he is the next Scott Rolen. The Rookie of the Year, 30 HR 100 RBI, Rolen. Not the, “Get me the fuck out of Philadelphia,” D-battery target practice, boo’d for generations, Rolen.

I love when a player makes an organization regret not calling them up sooner. And I get it, Tommy Joseph is only 25 and is blocking him. You just can’t kick Tommy to the curb just yet. Especially, with just under 2 years of service time. Maikel Franco on the other hand, yea just go ahead throw him in the trash dumpster behind a Wendy’s with Frank Reynolds and Artemis. According to David Murphy of Philly dot com and tweeted to me by @patriceberggy, Franco is hitting .181/.330/.313 when ahead in the count. So basically in fastball counts, the man has been about as useful as Anne Frank’s drum kit.

I just have the feeling that this organization has no idea what to do with all of their resources. I wouldn’t even consider Franco a resource at this point, moreso a liabilty. No player regresses as much as he does over his 4 years in the Major Leagues and all of a sudden finds themselves during their time with 1 franchise. Perhaps, with another team he will and I truly hope that happens for him. This organization is log jammed with talent that all play the same position. In my eyes their biggest hole is 3B. If the Atlanta Braves can move Freddie Freeman to 3rd, an average at best 1B, then why can’t the Phillies give something like that a try. When Altherr comes back, their is no more room in the OF which leaves Hoskins in some sort of Platoon at 1B with Joseph. So really the only two plays are give him or Tommy some licks at 3B or bench Tommy. I don’t even want to get into the mess that is the middle infield when these nimrods that run this organization decide to call up Kingery and Crawford.

Long story short, Hoskins is very good and he needs to be on the field each and every day. If Mackanin pulls the same shit he is doing to Alfaro with him, we will riot. The 67 HR Hoskins hit in his 899 AB’s over the last two years in AA and AAA is no fluke. If last night showed us anything, it’s that his power translates very well to the Major League level. His plate discipline is even more impressive. Now we just sit back and wait for around 4pm when one of the beat guys tweets out the lineup card. I can’t wait to see Rhys’ name not in the starting lineup.