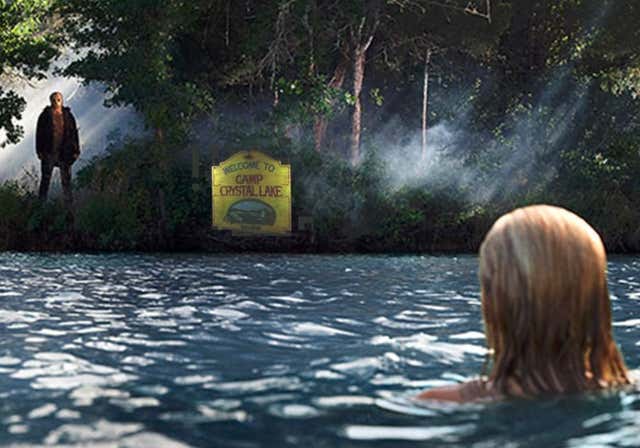 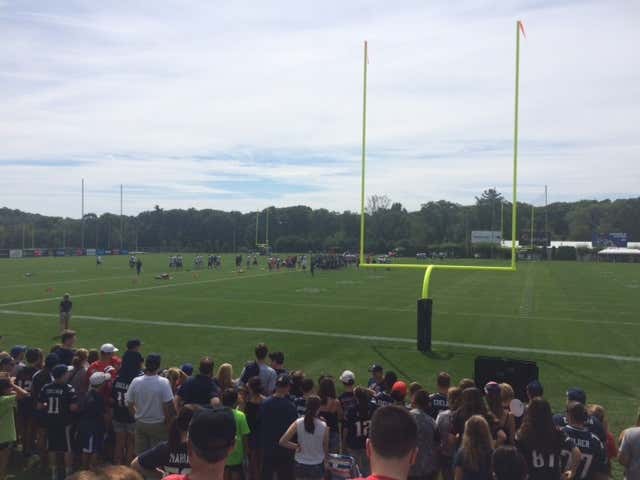 Today was the official last day of Patriots practices being open to the public and the media. The team leaves for West Virginia for joint practices with the Houston Texans and leading up to their second preseason games, and when they get back the only access they’ll allow will be 20 minutes a day of reporters taking attendance while players do stretches. For like the next four weeks. Which is just another reason (like I needed it) to be glad I’m at Barstool instead of going to school for Journalism and having to do this every day for some dying newspaper. But I digress. Here are the random, probably ill-informed observations from the last practice we’ll see for a while:

–Belichick did his first media availability since right after the Houston game. So that’s three days with no practices and nothing to talk about and you could actually see him trying to give the reporters something. So when he got asked about Brandin Cooks having an extra gear or whatever he can go to, Belichick talked about identifying the critical moments of a game and making plays and threw the crowd this bone: “I think there’s an element of that. Kind of like you guys. You know, you write your best stories on Sunday or whatever. Yeah, have some good ones, but then when you really need that top story, that’s when you really push the pencil a little harder on the paper.” You have to goddamned love it when he goes all Shecky Belichick.

–It was probably some combination of the days off, plus the extra day off for the starters and 2nd stringers and the generally shoddy play Thursday night, but this was the most intense practice I’ve seen. The plays came out with Family Feud Lightning Round frequency. There was the most hitting so far. You could hear Belichick and Dante Scarnecchia barking at guys. As modern NFL practices go, this one qualified for a movie montage set to a Frank Stallone song.

–There was the usual crop rotation of different drills going on simultaneously on different fields. The quarterbacks on one field working on dropbacks with timed routes. The offensive line doing combo blocks on the far end. And special teams work practicing on working together to stay with the gunner with a group that included Harvey Langi, Jordan Richards, James O’Shaughnessy and of course Brandon Bolden and Nate Ebner. Until we know that Matthew Slater is OK, working different guys into that mix is going to be crucial.

–I’m still trying to wrap my brain around this New World Order where there is only one roster cut down, and it all happens at the end of camp. I don’t get the logic. Unless it was to throw a bone to the Players Association because marginal players will get free room and board for a few extra weeks. But then it’s an NF fucking L camp. It’s not a soup kitchen. And by now guys ought to be getting released a few at a time so they can scramble for other jobs instead of just laying off half the workforce at once like a bunch of factories shutting down in the Rust Belt. It’s one of those things that makes no sense to me. Like Goodell’s DV policy or Nazis with tiki torches.

–So this would be the time we’d normally all start planning the first round of cuts. And to me first issue that comes up is whether they’ll keep that extra tight end, the extra receiver, or find a way to keep both. If they keep three TEs, it’s logical to assume O’Shaughnessy has that last spot on lockdown over Sam Cotton and Matt Lengel. I’d imagine Austin Carr helped himself shitloads against Jacksonville. But when you include Slater, they’d have to keep seven wideouts, which is a stretch, especially with a running back committee and three QBs. I like what I see out of O’Shaughnessy and Carr. So I feel bad for handling it this way but I think it calls for breaking a pool cue in half and letting them settle it, Joker-style.

–The best moments of this one were in the high-octane, nitro-powered funny car 11-on-11 drills. The coaches kept them in hurry-up virtually the entire session. Including, but not limited to:

–Chris Hogan catching a bomb from Brady in a straight Go route over Stephon Gilmore. You can count me among those who suffered a crushing disappointment that they didn’t exchange haymakers afterwards.

–Gilmore bouncing back a few plays later dropping down on a Cooks slant for the PBU. Only to get beaten by Malcolm Mitchell on deep slant. That back and forth is to me what makes a great camp. I think if one side of the ball dominates, you’ve got problems going forward.

–Brady actually overthrew Cooks on about a 40 yard toss, which I didn’t think was physically possible for a rapidly aging guy who’s not good on the deep ball and whose arm is hurtling toward Max Kellerman’s cliff. Just as encouraging on that one was that Cyrus Jones was stride-for-stride with Cooks. Make of that what you will. But I’m wondering if we won’t see Jones following that Devin McCourty career path of moving to free safety.

–Brady’s best throw came on an over-the-shoulder grab by Hogan over Malcolm Butler, an absolute flop wedge shot he dropped right into Hogan’s arms. Can’t tell if Hogan got his feet in bounds. Don’t care.

–After playing about 40 minutes Thursday, Jimmy Garoppolo took fewer snaps than Brady and was kind of hit-or-miss. At one point he threw one behind Cotton’s head streaking up the sidelines. But then followed that with an absolute dime to Danny Amendola between Duron Harmon and Jordan Richards that wasn’t so much a narrow window as it was a porthole.

–Still, nothing was so good that you couldn’t hear Belichick as various times screaming “Goddammit! I’m sick of talking about THAT!!!” If you’re thinking about bringing the kids next year I say do it. I raised two sons at Pats practices. But it’s rated TV-14 for language and violence. Viewer discretion is advised.

–But my main focus was trying to identify who we’ll be getting in the rotations in the defense’s Front 7. With Dont’a Hightower still out, David Harris is thoroughly installed at the Mike, surrounded by the usual suspects of Elandon Roberts, Kyle Van Noy and Jonathan Freeney. On the outside, the first unit was a mixed drink with lots of Harvey Langi, equal parts Trey Flowers, Kony Ealy and Derek Rivers, with a shot of Geneo Grissom. And on the interior, Lawrence Guy seems to be getting most of the snaps alongside Malcom Brown, Adam Butler and Vincent Valentine.

–So I’d say the ones who really seem to be emerging as camp surprises are Langi, Guy and Butler. But it’s possible I just like Harvey Langi because he’ll be the NFL player who’s name most sounds like a lawyer who runs ads for Trans-vaginal Mesh lawsuits on daytime TV.

–I’ll close by saying you can’t walk through the crowd at a Pats practice and swing your arm without smacking into a guy in a Barstool shirt. Spending company money is above my pay grade, but Portnoy is gonna need a bigger order of Goodell Clown Towels.