Source –   Tom Cruise took a flying leap while filming a stunt for “Mission: Impossible 6” on Sunday — and ended up slamming into a brick wall.

The 55-year-old actor was attached to a pulley system while making the tricky jump from scaffolding onto a rooftop in London. He tried to continue with the scene after missing his mark, but his knees buckled beneath him.

Video shows Cruise grimacing in pain and concerned crew members gathering around him. But he refused any help as he limped off the set on his own. It was unclear what, if any, injuries he sustained.

Listen, there’s no denying Tom Cruise is a talented actor. With the exception of Knight and Day, I don’t think he’s ever put out a bad film. That said, he’s always been kind of a weirdo. Remember the Oprah freak out?  Or the time he fought Matt Lauer? He operates somewhere between insanity and eccentricity. Sometimes it works in his favor and sometimes it sends him crashing into a brick walls at full speed. It was a poetic disaster. 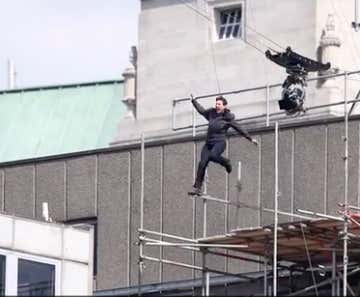 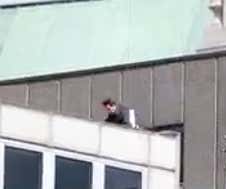 To contemplating his next move: 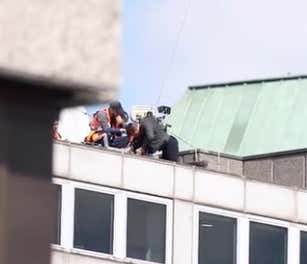 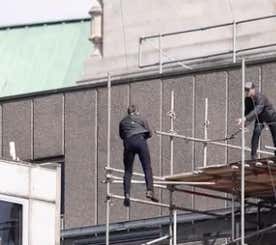 The word hardo gets thrown around a lot but proving your toughness through pain is as hardo as it gets. Especially when you’re a fifty-five year old hundred-millionaire-mega-movie-star. Maybe it took a second for the pain to kick in, maybe it didn’t. Regardless it was a weird move. Can’t say I’m surprised considering his track record.  I hope MI-6 comes out the way he wants it to. I don’t know how much longer can keep it up.