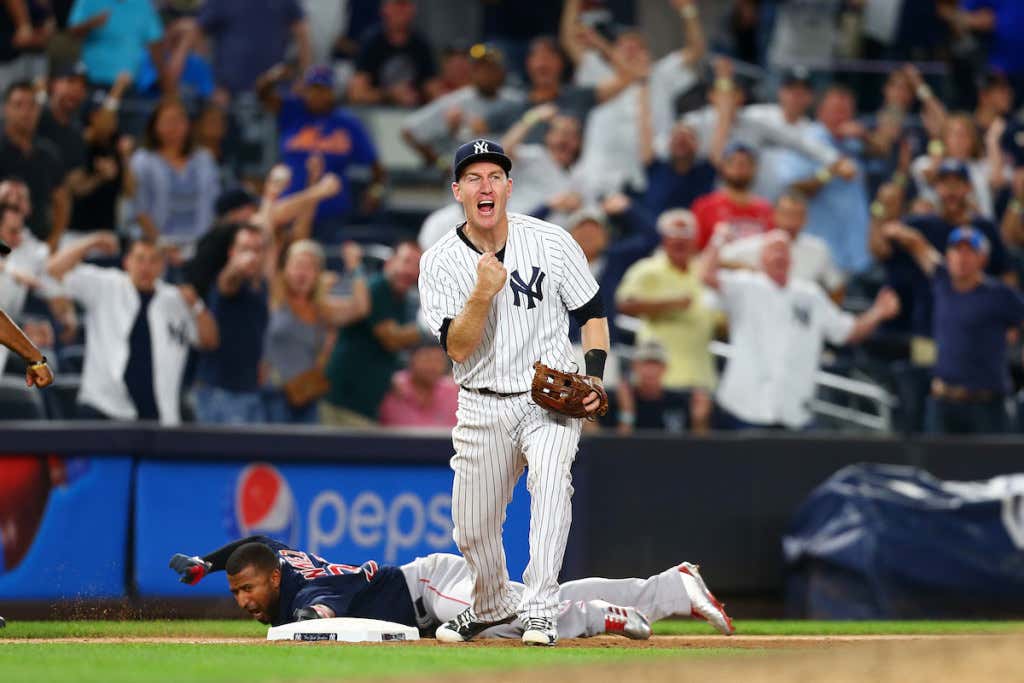 The Red Sox have played 115 games to this point. That’s 70.9% of their regular season schedule already completed. If you still don’t know what to make of this team, I honestly cannot blame you.

Boston was riding an eight-game winning streak coming into this three-game weekend series in the Bronx, but even with that winning streak, the Red Sox still had something to prove. Not necessarily in the standings, but there was something to be said about the fact that the Red Sox had played the Yankees nine times and lost six of them. With Eduardo Rodriguez on the mound, Friday night’s game was, in fairness, their most losable game in this series. Perhaps Rodriguez took that to the mound with him, because he tossed six shutout innings, allowing just two hits and struck out seven.

With borderline no-hit stuff like that, you’d think that Rodriguez would be able to go deeper than six innings, but pitch count has been an issue with him all year. Rodriguez needed 107 pitches to complete six innings, and only one pitcher in all of baseball (min. 15 starts) has averaged more pitches per batter faced this year than Rodriguez. The lefty has thrown an average of 4.26 pitches to the 367 batters he’s faced in 2017. As a result of that, he’s averaging 5.1 innings per start this year.

Regardless, Rodriguez certainly pitched well enough to win. However, it seems like John Farrell has some thinking to do in regards to how he’s going to execute his bullpen strategy when a starter can only give him six innings in a three-run game or closer. Matt Barnes pitched a scoreless seventh, but he once again walked the leadoff batter. Then in the eighth, well. Yeah. We’ve got Addison Reed problems, apparently. And please, fucking spare me the whole, “That’s a pop up in any other stadium” bullshit. Guess what, guy? It was a fucking home run in Yankee Stadium. We don’t play the “what if” game in Major League Baseball. The ball went over the fence. Two runs scored.

Imagine if the umpires huddled up after Aaron Hicks’ two-run home run and the video replay system showed them a simulated image of Hicks’ home run at Olympic Stadium, and they called it an out because it would’ve been a catchable ball in Montreal? Christ, man. I’m as pro-Red Sox as they get and even I thought the excuse-making after that performance was embarrassing.

Reed has appeared in five games since joining the Red Sox. He allowed a long home run in his debut with the club, threw three consecutive scoreless appearances, and then shit his pants in Yankee Stadium last night, facing four batters, allowing four earned runs without recording an out. Not great! I’m not saying pull the plug on Reed in the eighth — that’d be one hell of a kneejerk reaction — but the three scoreless appearances came against the White Sox, who are basically a Triple-A team, and the two stinkers came against the Indians and the Yankees, who just so happen to represent two thirds of the only teams in the American League that aren’t mediocre at best. Not counting the Red Sox, obviously.

Farrell then called upon Joe Kelly to try to put out the fire, but that didn’t go so well, either. Kelly faced six batters and four of them reached base — three via hit and one walked on six pitches. The easy thing to do here, which I’ve already seen plenty of, is blame Farrell. Any time something goes wrong, Farrell is the easy target. In this particular case, it makes zero sense at all to blame Farrell. That was the blueprint. Your starter goes six? Barnes in the seventh, Reed in the eighth — that’s what you fucking got him for — and Craig Kimbrel in the ninth. It’s supposed to be good morning, good afternoon, and goodnight, but it has been anything but that.

Yes, Kelly is coming off an injury, but he’s also having a breakout year as a relief pitcher. You’d like to think that you don’t have to bring Kimbrel in to put out every fire in the eighth inning, especially when you have a guy like Kelly at your disposal before you’d have to use such a drastic measure as bringing your closer in for a six-out save. In the postseason, that’s an entirely different conversation. But here, in the second week of August, I have absolutely no problem with the sequence in which Farrell used his relievers last night.

On the bright side, the Red Sox still have the best bullpen ERA in the majors (3.01), and no bullpen can lock it down every time. But when you have a 3-0 lead in the eighth inning against the team that you’re trying to snuff out in the division standings, it would’ve been nice to have this one.

And you know what? They still could have. Aroldis Chapman has been hot garbage against the Red Sox this year, and that trend continued last night in the Bronx. Chapman has pitched in four innings over five games against Boston this season, and he’s walked eight batters and allowed three hits. By the grace of God, he’s only blown one save and allowed three earned runs, but man has he been awful. He’s still firing it up there at 101 MPH, but he literally has no fucking clue where that thing’s going.

In the top of the ninth, Chapman walked the first three batters he faced to load the bases with nobody out. That’s when shit hit the fan, pretty much. Andrew Benintendi flied out to left field, and Eduardo Nunez contributed to the Red Sox brutal reputation of getting thrown out on the basepaths. There were some people saying that this was a good call by Nunez and that he was an inch away from being safe, which would have made him the hero of the game. What fucking game are you watching? The ball was in Todd Frazier’s glove, and Nunez still had at least another ten feet before he got to the bag. You’re already in scoring position. I understand wanting to get to third base to be able to score on another sac fly, but trying to tag up on one of the best outfield arms in the game just isn’t a wise choice.

You can look at it this way in that it was worth the gamble, because Mitch Moreland then flied out to center to end the game, which would’ve scored Nunez to tie it had he been safe, but I think Red Sox fans are more just sick and tired of seeing so many outs recorded on the basepaths, and they have every right to be. Nunez became the 64th out recorded on the bases this year for Boston. If you remove the Red Sox and tally the average number of outs recorded on the basepaths by the other 29 teams in baseball, you’ll be happy to know that they’ve averaged 35.8 outs on the bases, or just 55.9% of the total that the Red Sox have amassed so far.

Like I said before the series started, this series obviously means more to the Yankees than it does to the Red Sox, but the Red Sox can’t be losing games this way to anybody, never mind the team that they’re trying to distance themselves from in the AL East standings. Tip of the cap to the Yankees for their late-inning comeback, but Reed has to be better if this team wants to go anywhere in the postseason, and the Red Sox (for the one millionth time) have to be smarter on the bases.