Great night for a game. @nflcommish will be back up for Kickoff events & attend @chiefs vs @Patriots on 9/7 pic.twitter.com/mKxMI90k5T

Dave got to this staged photo before I did last night. And I was with him that Roger Goodell’s Ministry of Propaganda and Public Enlightenment set it up. That they’d hired three bros out of central casting, dressed them up in matching sunglasses (for a night game), and brand new wrinkle-free Pats jerseys (have to have the Color Rush one in there) with the plastic string from the price tags probably still sticking through the sleeves to look like real Massholes and make Dear Leader look human.

As it turns out, these duplicitous ass-cancers giving aid & comfort to the enemy are from New Hampshire. And they not only willingly allowed themselves to be used as propaganda tools by an evil despot, they actually tried to stop the picture from being used: 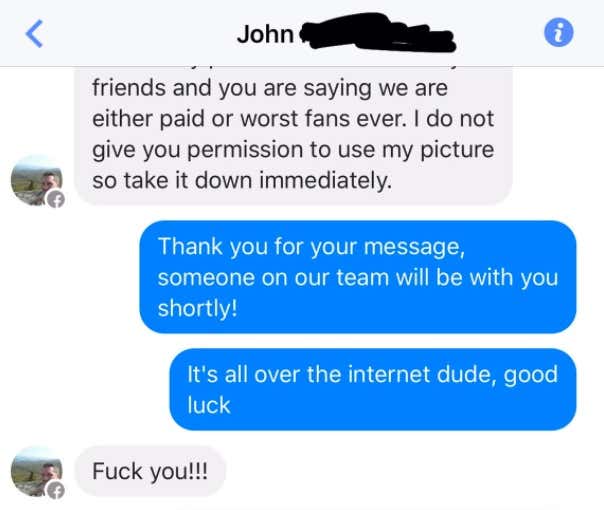 Sorry, John, Josh and Spencer of NH. I’ll leave it to others to post your last names because I’m a responsible Journalist and can’t  be responsible for any reprisals. I don’t want the spit in your faces to be on my hands. But what did you expect would happen? That we’d all be OK with this? You can’t go grabassing with the Prince of Darkness and expect not to be treated like the region-traitors you are. You don’t Defend the Wall and then Bend the Knee.

There’s only one way to take a photo with Roger Goodell. This guy will forever be the hero we deserve. 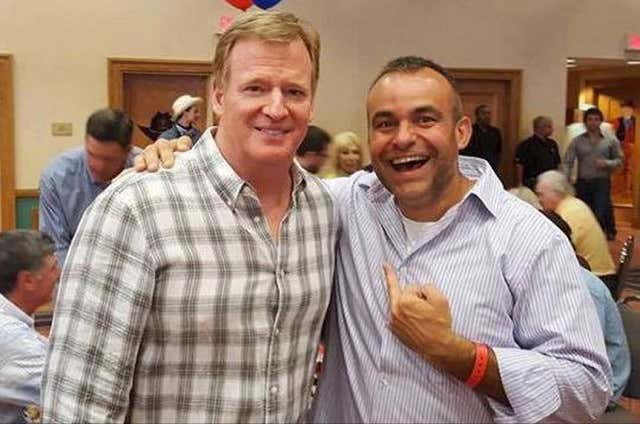