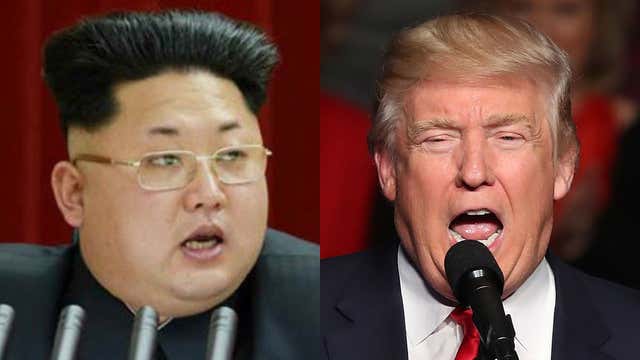 Anyone who has ever read a Business Insider article knows, millennials are just about the worst generation in human history. They’ve killed cable TV, caused Applebee’s stock to plummet, and foregone down payments on homes for avocado toast and detox teas. The snowflake generation simply has no conception of self-sacrifice or bravery, the only D-Day they’ll ever participate in is an EDM festival in Denver headlined by Skrillex.

But now, with tensions rising on the Korean peninsula, millennials finally have the chance to prove themselves worthy of respect from more accomplished generations like the Baby Boomers, who have gifted America with the Pet Rock, Chia Pets, and 14 different Law & Order franchises. If 18-35 year olds were able to band together and march on Pyongyang, they can finally demonstrate that they’re more than just walking safe spaces with gender studies degrees.

North Korea has been a thorn in the side of the rest of the world for decades, but now that America finally has a decisive and tough leader that is up to the challenge, the reign of the Jong Un family is ready to come to an end. Donald Trump recently warned North Korea that they “best not make any more threats,” which, in the world of 1980s New York B Boys, is the most stern warning one can issue —a sign that Trump is serious about dealing with the North Korea problem.

In taking on North Korea, it’s important to remember, you play with the team you got, not the team you want. And right now, the team we got is an army of 20 years olds led by Vine stars and minor Twitter celebrities. It’s time for millennials to take a break from posting on Instagram about their juice cleanse, and pick up an M16 and take on a Juche cleanse.

Although they may be the softest generation in recent memory, millennials can bring a unique skillset to this new conflict that will serve them well in battle. Much like Hitler’s army used amphetamines to fight for days at a time without rest, battalions of millennials hopped up on butt chugged Four Lokos will wreak havoc on the ragtag North Korean army.

In fact, millennials worship of celebrity and cult of personality may make them well-suited to obey orders from above and be willingly led into battle. It’s not so far-fetched to think that in thirty years we’ll be celebrating the day that General of the Armies Jake Paul led America to victory in the Battle of Pusan Perimeter 2: Electric Bugaloo.

For those who say millennials aren’t up to the challenge, don’t count them out just yet. Once this snowflake loving generation learns about the Chosin Reservoir, they’ll be fired up to take on Kim Jong Un.