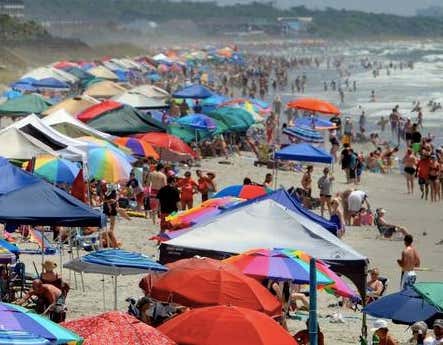 Source –  A Jersey Shore town is declaring war on inconsiderate sun worshippers who set up massive tents on the beach. Officials in Belmar, New Jersey, are vowing to end “beach spreading” by banning all tents that are more than 3 feet in height and width, according to local media.

“We are going to move forward on a prohibition on those large tents,” Belmar Mayor Matt Doherty said Tuesday, according to NJ.com. According to town officials, the large tents block the view for beachgoers and take up too much space on the beach.

“It lessens the experience when (people) come to the beach at the Jersey Shore,” Doherty said. “They can obstruct the view if there is a swimmer in the water.”

A public hearing on the matter will be held Aug. 15. If the ordinance is passed, it will go into effect next summer, and Belmar will join Long Beach Township, Avon-by-the-Sea and Seaside Heights, which have similar bans in place.

New Jersey takes a lot of heat; it’s routinely referred to as a dump, America’s armpit, and the stinkiest state in the union. Not to mention it has all sorts of weird laws. For example, it’s illegal to murder someone while wearing a bulletproof vest (which is fair; level playing field). Just like it’s illegal to pump your own gas, and sell handcuffs to minors. But for every ten terrible laws, there’s one good one. I’m talkin’ bout beachspreading, people. I’m not a resident of the Garden State but if I was you can bet I’d march my ass down to the town hall and cast my vote in favor.

The worst part about the beach (other than the sand) are the Fort Knox-ers. The people who turn the beach into their living room. If you don’t know who I’m talking about, it’s you. If you’re still unsure ask yourself how many trips you have to take to the car. If it’s more than one, the law’s about you. Don’t get me wrong, some supplies are necessary; chairs, towels, coolers. But erecting structures that should require a building permit and a hard hat is too much.

That said, I’m surprised that Jersey, of all places is taking a stand. They’re sun worshipers. They gave us Tan Mom and The Situation. I’m pretty sure it’s required New Jerseyans go tanning at least twice a year. Even Chris Christie tans. 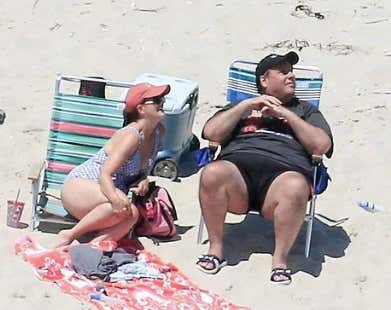 At the end of the day, I’m all for beachspreading ban. Open up some space and make beaches great again.