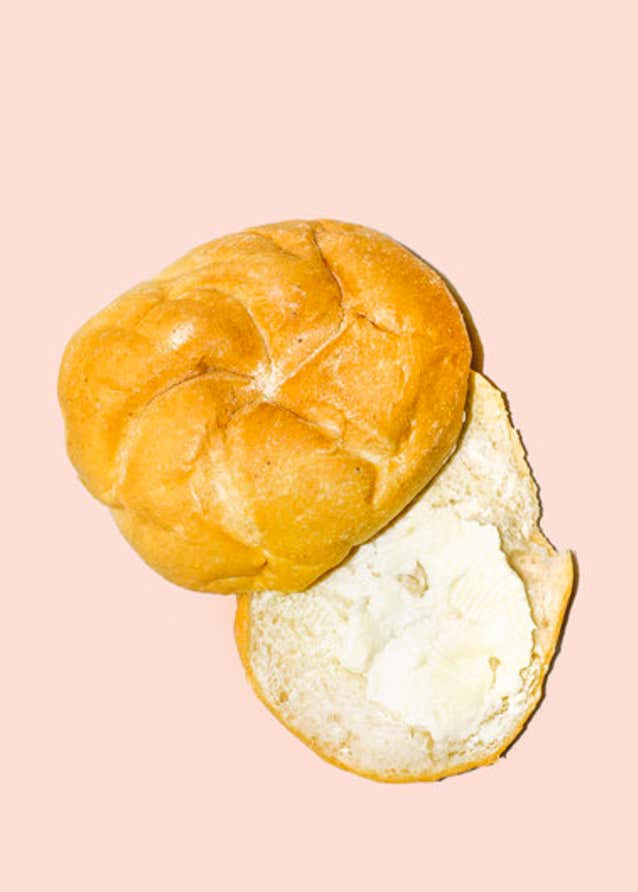 NY Times- It can be hard to explain the appeal of a buttered roll.

Unlike the breakfast sandwich or the cruller, the humble buttered roll makes no claims to lusciousness. It’s not really greater than the sum of its parts: a round roll, sliced and slathered with butter. There is no alchemy involved.

And yet, like many New Yorkers, I’ve breakfasted all my life on buttered rolls, wrapped in plastic, foil or wax paper and sold for about a dollar at any corner deli, bodega or coffee cart.

Do I love them? No. That is not really the point. I love that they exist, an unsung, charmingly ordinary hero of the city’s mornings.

Though of course bread and butter are eaten all over, the buttered roll (or roll with butter, as it is known in parts of New Jersey) is a distinctly local phenomenon. Mention its name outside the New York metropolitan area and you would very likely be met with blank incomprehension.

“It’s one of the most popular things I sell, absolutely,” said Peter Cherevas, who has had a coffee cart stationed at 86th Street and Broadway for the past 27 years. Sales, he said, are “very, very consistent — more than bagels.”

“Bagels have slacked off; buttered rolls have not,” he continued. “Small coffee, milk one sugar, you’re good.”

Mr. Cherevas typically sells four dozen buttered rolls a day, to a diverse group of customers: young and old, suits and hard hats. “Everyone!” he said. “They’re all New Yorkers, though, not tourists.”

I’ve lived in New York City for 6 years now. In many aspects, I consider myself a New Yorker. I’ll ride the subway anywhere from 4-6 times a day; In the past year, I’ve citibiked 522 miles over 880 rides. I’ve witnessed 3 masturbators on the subway, seen all manner of diseased feet, and can tell you the best alleyways to piss in without getting a citation. I’ve been hit on, spit on, and dunked on by people of every color, race, creed, and gender-identification.

But I had NO idea that New Yorkers ate buttered rolls for breakfast. I’m literally baffled by this New York Times article. There was even a time when I collected my breakfast from one of these coffee carts, every day for a year, while working at the district attorney’s office. I would get oatmeal with a scoop of raisins, walnuts, cinnamon, and honey. I’m sure my guy had these rolls but I never saw anyone in line with me order this… this “breakfast.”

Perhaps this will cause some kind of backlash. It seems crazy that I could have missed this phenomenon for this long. But to think that people eat buttered, cardboard kaiser rolls for breakfast every day for years? Color me stupefied. It’s not just that this “meal” contains no nutritional goodness whatsoever; it’s that a buttered, room-temperature kaiser roll legitimately sounds bad to me. Kaiser rolls are a last-option for sandwich construction. Butter works fine with toast, and I’ll enjoy it with a good jam. But just butter, on a tepid kaiser roll? That’s prison food.