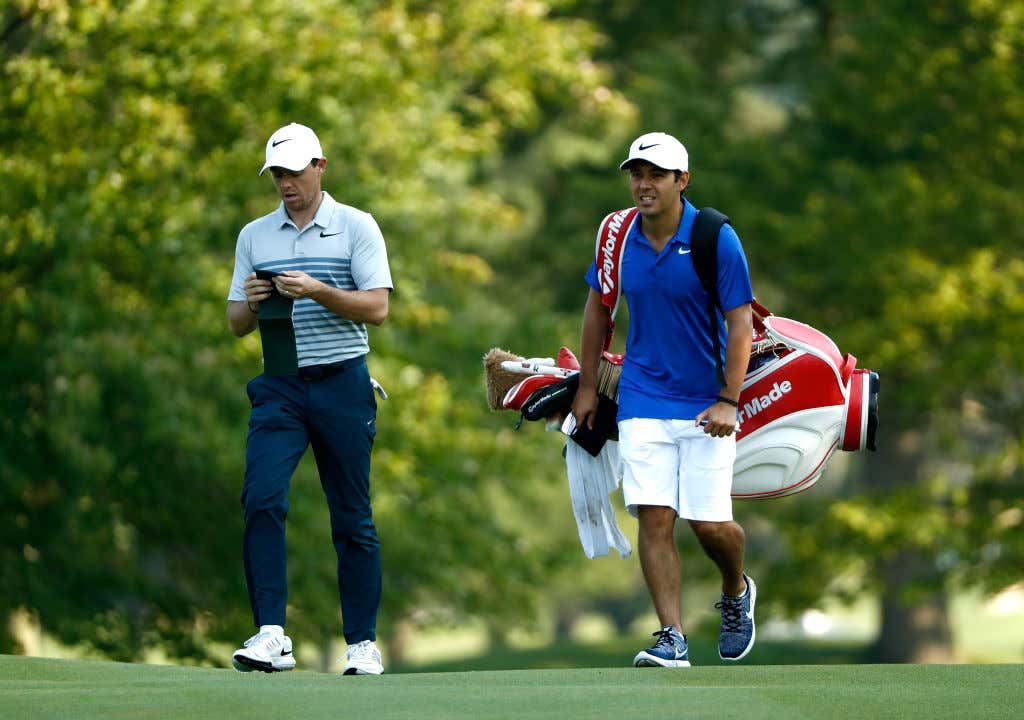 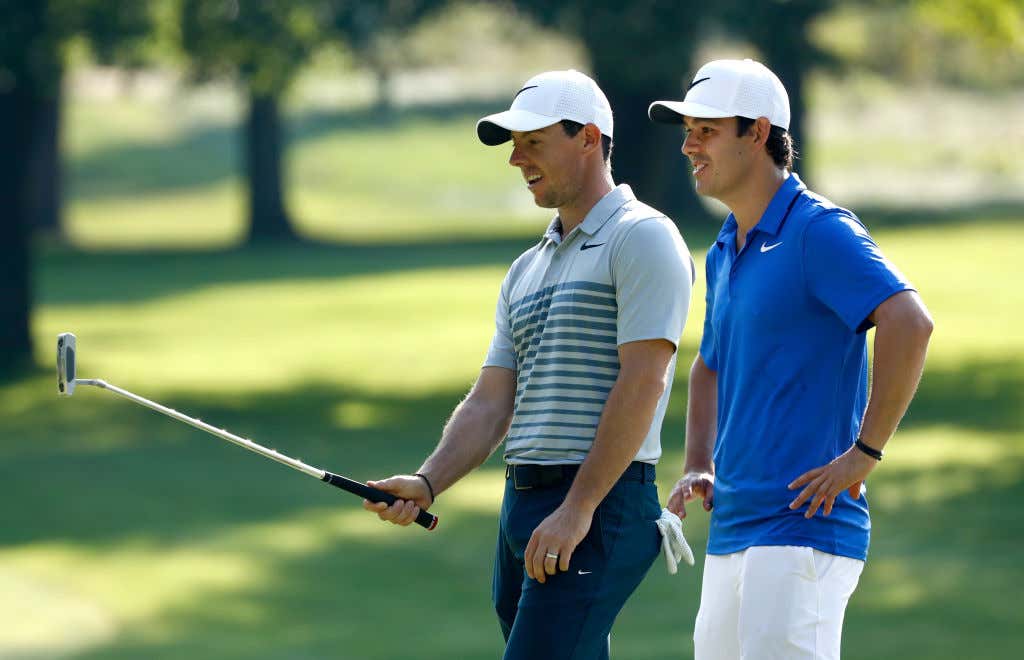 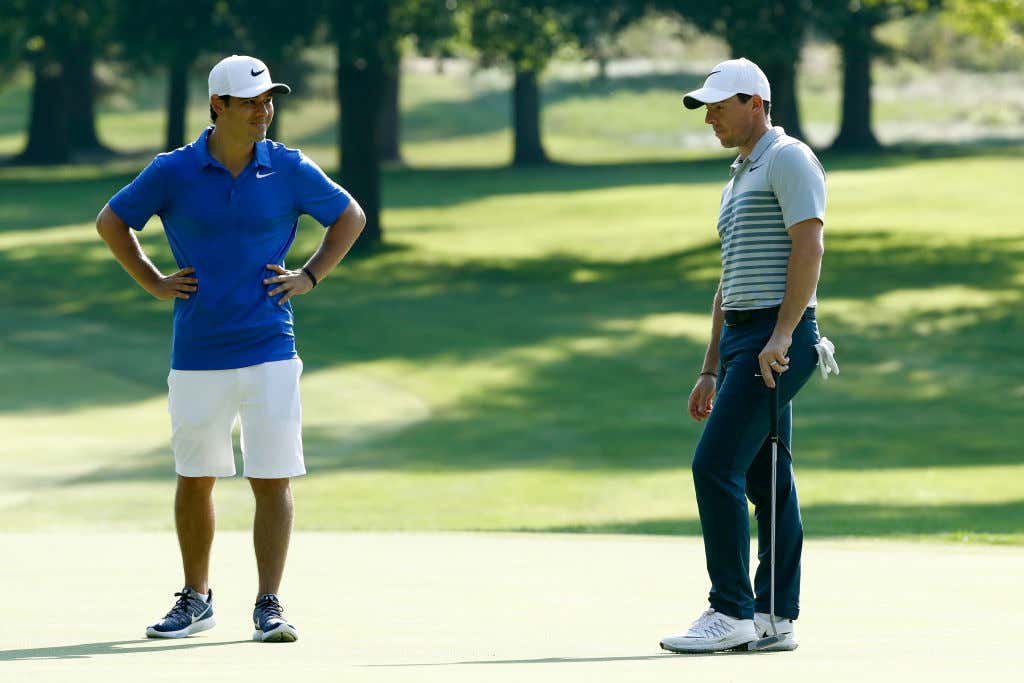 Monday it was announced that Rory McIlroy had split with longtime caddie JP Fitzgerald after 9 years and 4 major championships together. Rory has yet to address the news, expected to do so during a Wednesday presser, but has made it clear that he will have his best friend — and best man at his recent wedding — Harry Diamond (electric name) on the bag the next two weeks.

Golf Channel — In the wake of a surprising split with his caddie, Rory McIlroy will turn to a friendly face over the next two weeks.

According to a Telegraph (U.K.) report, McIlroy will have “best friend” Harry Diamond on the bag both this week at the WGC-Bridgestone Invitational and next week at the PGA Championship.

So this news tells me something interesting and brings a few interesting questions. It tells me the split from JP was sudden and relatively unexpected. There wasn’t some master plan in place. If it weren’t sudden, Rory wouldn’t have his childhood pal on the bag; he’d have had an experienced pro ready to rock.

On a deeper golf/caddie front, this got me wondering: how many strokes difference is having a good, professional caddie versus having an amateur, inexperienced caddie? The caddie importance is a frequent point of debate in the pro game. Trolls love to chirp, “omg these guys make millions to carry a bag unbelievable omg.” That’s obviously an ignorant over-simplification of the job. But this news has me pondering if, or to what degree, is the criticism valid? If the caddie is THAT crucial to a player’s success, why is Rory going with an amateur? How many strokes is he giving up? Why is he choosing to tee it at a disadvantage, if caddies truly are that important?

Tiger infamously threw his good buddy Bryon Bell on the bag during the same stretch in 2011. 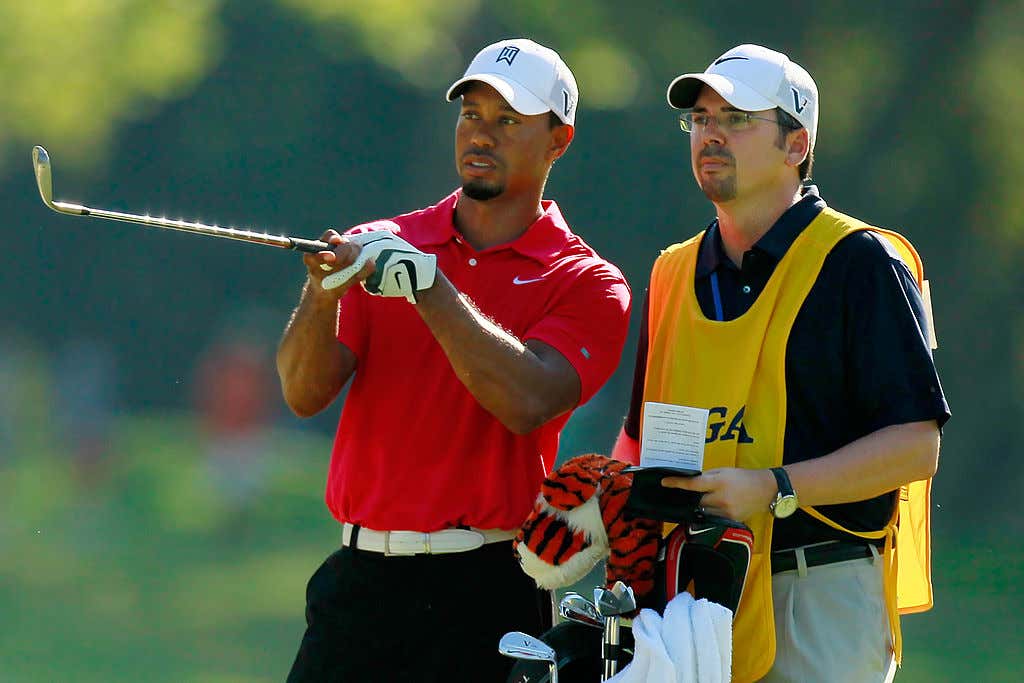 Tiger would go on to finish 18 shots behind Adam Scott at Firestone, which led to the awesome Steve Williams “this is the greatest win of my career” interview. Tiger missed the cut the following week at the PGA, shooting 10-over (RIP Tiger but also buy a shirt).

Look, maybe Rory’s boy being on the bag will be a great thing. Who knows, that familiarity could spark some positive energy that finally gets Rory to string 4 good rounds together and get back in the winner’s circle. He is coming off a backdoor top-5 at The Open. My main point and question at hand is this: the narrative of caddies being imperative to professional golfers cannot co-exist with Rory tossing his amateur pal on the bag, unless that move inherently puts Rory at a disadvantage. Which, if true, makes the whole thing a very peculiar move. Why would Rory intentionally put himself at a disadvantage?

Kinda spun myself into a cocoon of weird, unnecessary thought on this one. Probably just hasn’t picked a permanent yet so he texted his buddy. Whatever. I think we can all agree that caddying for your boy on Tour — especially if your boy is Rory — would be fucking awesome.