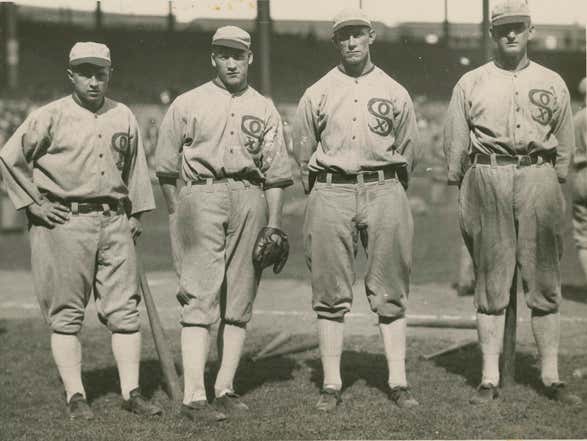 Landis’s ban came the day after a Chicago jury acquitted the players of all the charges that they had faced.

I’m sorry but Commissioner Landis is way the fuck out of line with this one. The grand jury came out and found all 8 players not guilty. Innocent men who should be back on the field today. Meanwhile, this dickwad Landis is on some sort of power trip and just took a shit all over the American judicial system.

Now hear me out on this one. It’s 1921 so we’re still a couple of decades away from this. But believe me when I say that some German dude named Hitler is going to come around and he’s going to wildly be regarded as one of the worst human beings in the history of forever. I don’t want to get too much into it but he’s going to do unspeakable shit that will forever leave his as the benchmark for evil. Anyway, I think you could make a strong argument that Kenesaw Mountain Landis is even worse than Hitler.

Now in the spirit of journalistic integrity, I should disclaim that I took Cincinnati +250 to win the World Series in ’19. Maybe I wouldn’t be so quick to forgive these guys if I took Chicago. But still. I’m a firm believer in innocent until proven guilty. And last time I checked, the grand jury acquitted these guys yesterday. So until they’re proven guilty, you gotta let these dudes play.