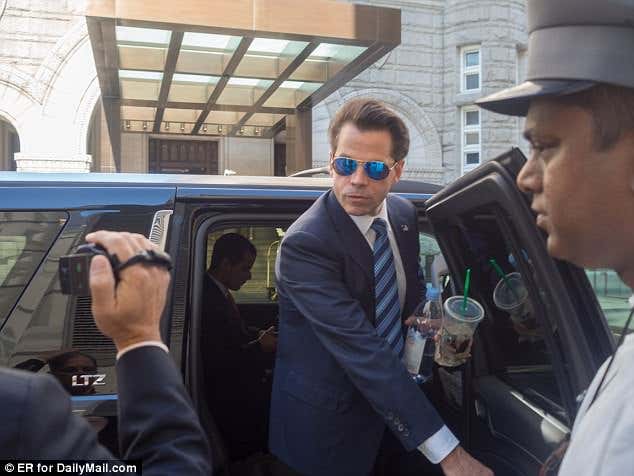 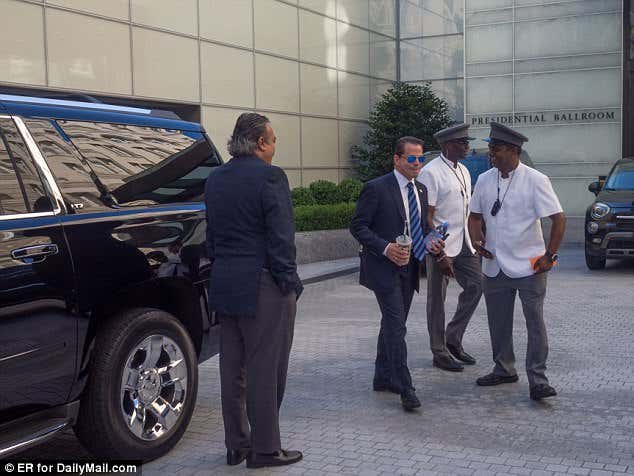 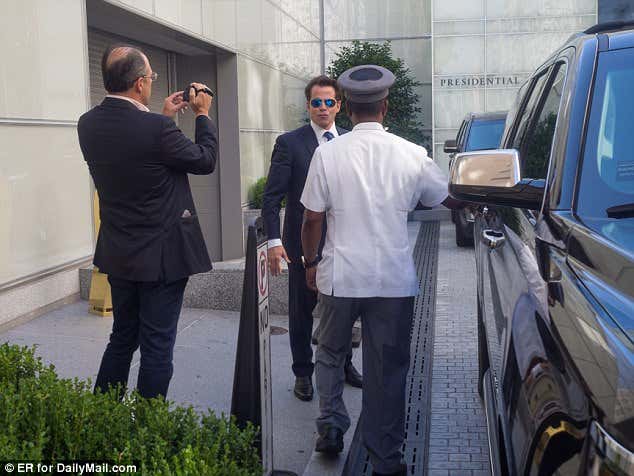 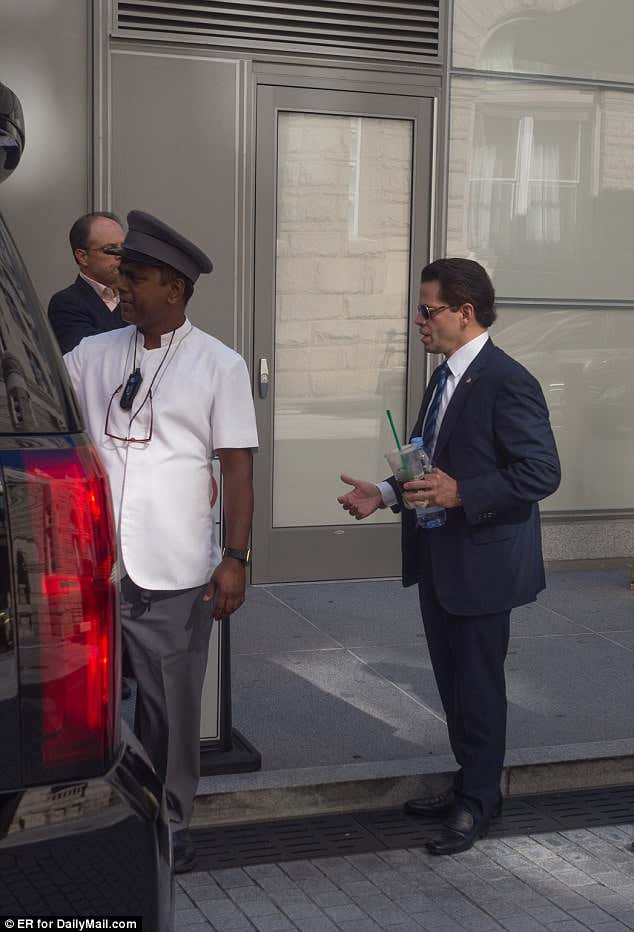 Daily Mail — Anthony Scaramucci has told friends he expects to get another role in the Trump administration.

Two sources familiar with his situation told DailyMail.com that Scaramucci is angling to go back to the Export-Import bank – and the president could grant his wish.</em>

Scaramucci was spotted this morning at Trump International Hotel, a few blocks down from the White House.

The former White House communications director, who was on the job for a grand total of 11 days, has not left Washington since his sacking yesterday.

He and a group of current and former Trump officials dined in the hotel’s restaurant last night.

Scaramucci’s time at the White House as communications director was short-lived, but that does not preclude the Trump loyalist from getting another plum posting in the president’s orbit.

Corey Lewandowksi, ex-campaign manager for Donald Trump, said Tuesday on Fox & Friends that he suspects the president will give Scaramucci, a major Republican bundler, a job elsewhere in the administration.

‘I think so,’ Lewandowski told the hosts of Fox & Friends. ‘There’s a lot of jobs out there in the administration, and the communications director wasn’t the right role for him, but my guess is the president will find a spot for him somewhere.’

Phew, glad to see The Mooch is still kicking. I never doubted him, but then again, when a guy comes blazing in as hot as he did, you worry how that will end. He was escorted off the White House grounds yesterday, we hadn’t heard from him since, and a small part of you wondered if he’d be one of those characters that just never, ever resurfaced.

But alas, The Mooth reemerges looking FRESH and, of course, just how you’d expect him — on the prowl for that next White House gig. Guy’s escorted out one minute, sitting down to dinner with administration officials the next.

And that’s really all that matters. Just get The Mooch in close proximity to the spotlight. In the ballpark. Sure, he’s not going to land White House Comms Director again, but he doesn’t need to. Get him in the door and, no matter which backroom office closet General Kelly stuffs him in, The Mooch will rise to the top (by the top I mean the spotlight; it’s unclear whether that spotlight and the manner in which he gets there will be considered the top or the bottom).

Those 10 days were not the last and only days we’d hear from Anthony Scaramucci. You know it, I know it, Trump knows it, and — most importantly — The Mooch himself knows it.

At least that’s what we’ll keep telling ourselves to stave off the deep sadness.