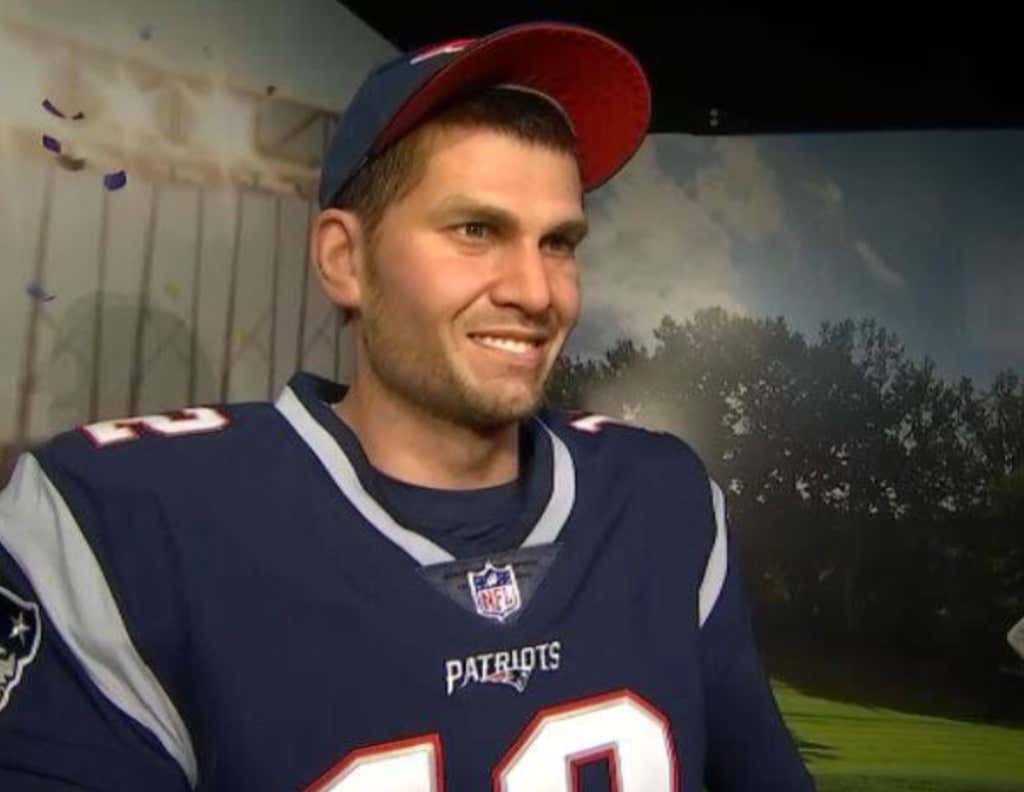 Life is tough when you’re the king of the whole damn thing, people are constantly taking shots at you. It feels like every offseason is filled with grenades being lobbed toward The Handsome One, from people saying that this is the year he regresses and the Dolphins take the AFC East (a yearly tradition) to pundits and statisticians trying to bend fancy numbers to “prove” that Tom Brady is not as great as you think he is.

Those things don’t even bother me anymore, they’re verbal flies that you swat away from your face and really pay no more mind to. Sure, Tom Brady isn’t actually good and the Patriots are ripe to regress. Whatever you jabronis say.

Where I do get personally offended, however, is when Tom’s handsomeness is attacked. The courtroom drawing was the most offensive accusation that happened during Deflategate and Wes Welker’s mask besmirched the name of a good, pretty man. Today it’s happened again and it’s perhaps the worst one. You know why it’s the worst? Because it’s not overly offensive, and that’s what makes it overly offensive.

The courtroom sketch? Tom looks like a monster and, I don’t know, maybe that’s how some people see him. Maybe enemies and opponents look at Tom Brady and see their deepest, darkest fears, as if Scarecrow from Batman had just dusted them. He haunts their nightmares and their dreams and all they see is a twisted ball of flesh who’s their to destroy them. The Wes mask? Well, that’s a mask and Wes is a ball buster, so whatever.

But this just makes Tom look like a regular Joe you’d see at any old bar, and that is NOT what he is. He’s international hot, he’s GQ hot, he’s UGG hot, he’s VMAN and Stetson and Tom Ford and Aston Martin hot. Tom Brady is not some schmuck you’d see at a rest stop in a Hanes t-shirt ordering McDonalds, but that’s what he looks like here. He looks average. If you ask me, that’s the most offensive thing you can call Tom Brady… average.