CNN- One inmate remains at large after a jailbreak Sunday night in northern Alabama, according to the Walker County Sheriff’s Office.

Twelve prisoners went on the run from the Walker County Jail, in Jasper, the office said, but 11 have since been captured.

In a press conference on Monday, Sheriff James Underwood said the inmates used peanut butter to escape the facility.

The prisoners took advantage of a new guard who was working in the control room, Underwood said, using peanut butter to obscure the number above the jail cell and then yelling at the unidentified guard to open the door to let them in the cell.

“They changed the number over the door with peanut butter,” he said. “(Then) they hollered, ‘Hey, open door’ so-and-so, but (the number the inmates gave the worker) was the outside door.

“And unknowingly to him, he hit that lock and out the door they went,” Underwood said.

Underwood said it took eight hours to capture the first 11 escapees, most of whom were found in the Jasper area. Underwood said some of them took off on foot, while others are suspected of getting in a car.

Two of the escapees had been jailed on attempted murder allegations, and police offered a $500 reward for information leading to an arrest.

Still at large is Brady Andrew Kilpatrick, 24, of Cordova, who had been jailed for alleged drug offenses.

The old peanut butter maneuver. I can’t believe this actually worked. I guess they obscured their cell door number with the peanut butter, making it look like the exit door. Then they told the guard to open the exit door, pretending that it was their cell door, and strolled out to Broadway. Fantastic for those of us reading the story hundreds of miles away; scary for those who live nearby.

I once heard in a movie “The Next 3 Days” (really solid, underrated movie) that the hardest part of breaking out of prison isn’t the actual breaking out; it’s staying free once you’re back in society. Not for nothing, I gotta believe putting a shirt on is like, one of the most important steps. As we can see, 11 of the 12 inmates have been recaptured, and from that short clip, it appears most of them went tits out for the boys during their brief taste of freedom. 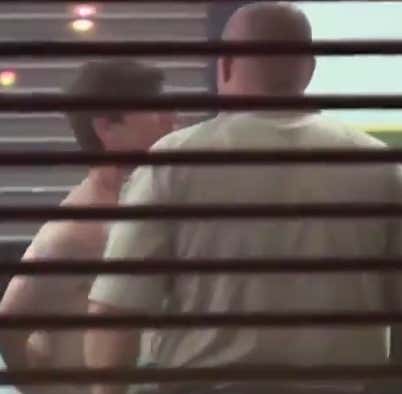 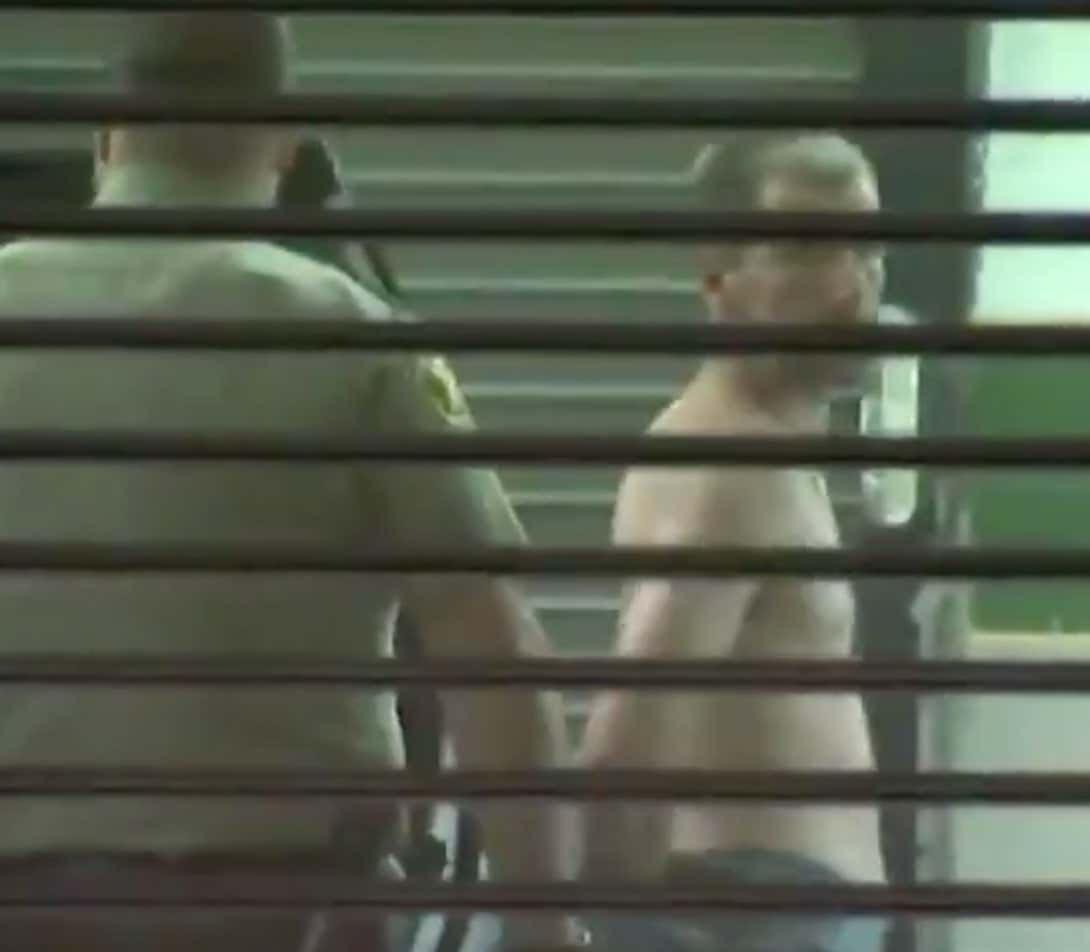 Seems like guys who escape jail just can’t keep their shirts on. You may recall that the first thing Andy Dufresne did when he broke from Shawshank was take his shirt off: 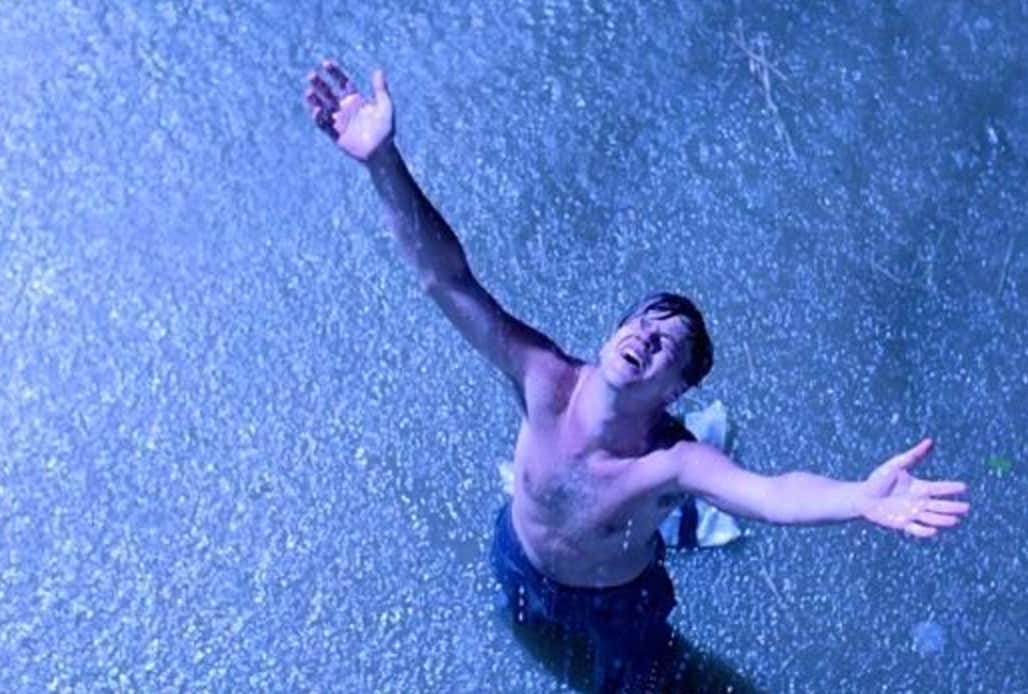 I’m not sure why escaped convicts insist on flaunting their freedom with a bare chest. Seems like a terrible way to keep a low profile. I only take my shirt off for 3 reasons:

There’s only one guy still at large. My guess is that the police put out flyers saying “Wanted: man not wearing a shirt.” This guy saw this, immediately threw on a shirt, and now he’s working his way up the ladder at Goldman Sachs.

How about this guy though? 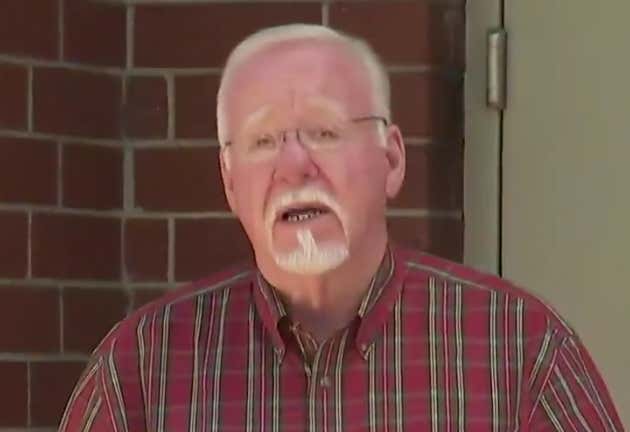 “That may sound crazy, but these people are crazy like a fox.”

I can understand wily like a fox, or sly like a fox. But crazy like a fox? Ridiculous. Foxes aren’t crazy. They do normal stuff, like digging and sniffing and sleeping. Choose another animal you fucking idiot.

This is the craziest thing I ever saw a fox do:

But given that he actually snags a mouse for dinner, it doesn’t seem that crazy. The ends justify the means. I’ve done far crazier things when I was hungry, like this one time I ate an avocado that was dark brown inside. It was so soft I could have sipped it with a spoon. An avocado.

Wonder whose idea it was to use peanut butter? 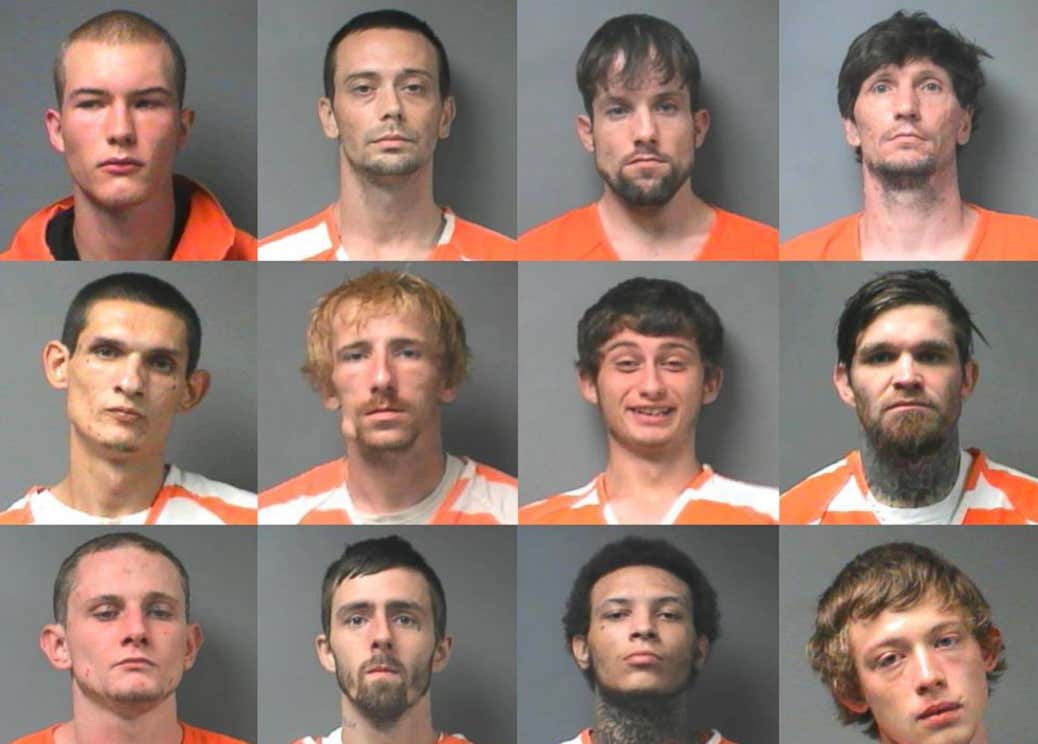 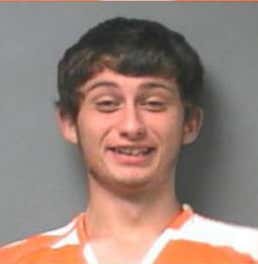 “We should use peanut butter!” 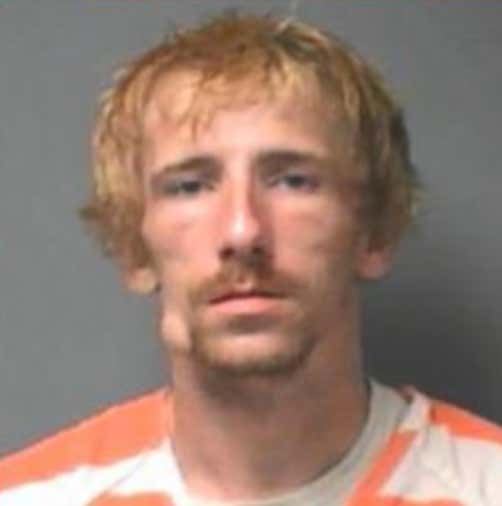