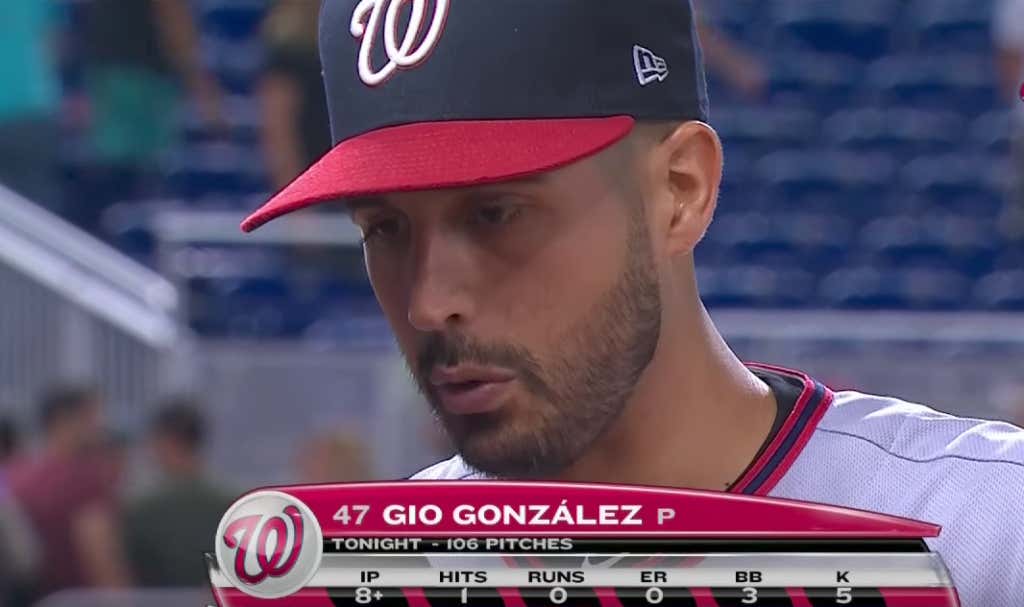 What an amazing night for Gio. He wanted to be an All Star (which he very well should have been) so he could pitch in his hometown of Miami. Since he wasn’t, he made last night his time to shine. On what would have been his close friend Jose Fernandez’s 25th birthday, Gio pitched an absolute gem, as he took a no-hitter into the 9th, ultimately having it broken up by Dee Gordon when he hung a curveball.

It was an emotional day for Gio, pitching in Miami while thinking of his friend:

“Just, today was just an emotional day, it was just a very special day to see the family, to see Jose’s little girl. I was holding his baby a little bit. It was just real special, and I know it felt the same way for them. It was just one of those days where you just want to get it over with because you know it’s such an emotional day, and I was just blessed to have the kind of support here.”

And even more, his own wife is about to give birth to their 2nd child any day now. Just an amazing performance with so much going on around him. Amazing.

Shout out to the Marlins fans for being so cool too. They knew what was happening and reacted accordingly.

All in all, just one of those nights you would be hard pressed to script any better.