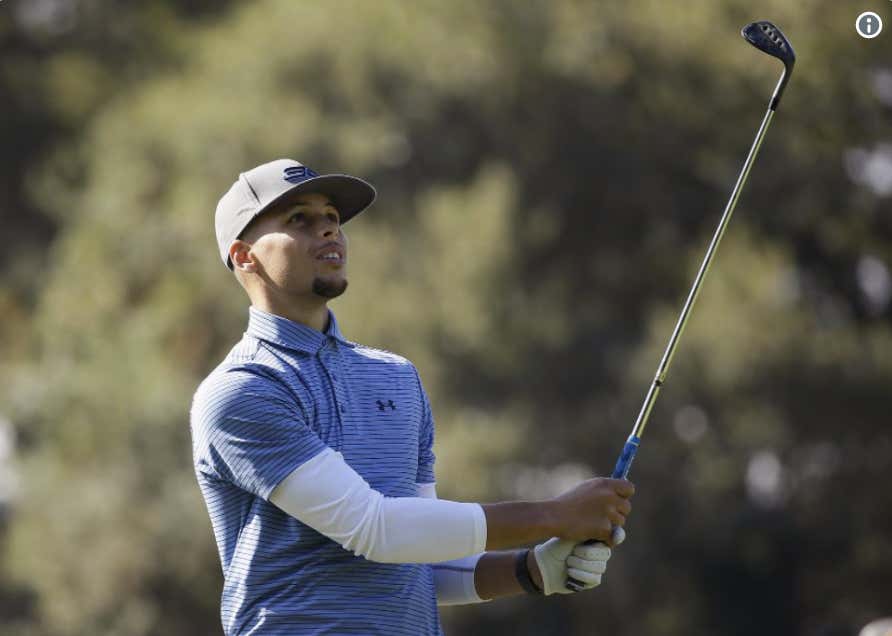 Last month it was announced that Steph Curry would be the next high-profile professional athlete from a different sport to tee it up in a Web.com Tour event. This news drew, as is tradition, predictable reaction. Many golf folks bitched that Steph was taking the spot of better-deserving professional golfers who need the exemption. Those criers are losers. At its core, the Web.com Tour — just like the PGA Tour, and all other professional sports leagues — is a business. Steph Curry teeing it up in this week’s Ellie Mae Classic is good for business. It’s a win/win/win for the event, the tour, and for golf.

Yes, Portnoy, it’s #goodforgolf. In fact I wrote this when it broke, reacting to how he plays:

But honestly, none of this matters. At all. He’s playing on behalf of the Warriors charity, he’ll have a blast competing as an avid golfer, and he’ll drive infinitely more money and eyeballs to the event than ever before. And he’ll provide plenty of “LOL look how bad Steph is, told you golf is hard” for all of golf twitter to gloat about. He could shoot even par and they’ll all hone in on one bad shot he hits. It’s the definition of a no brainer, for everyone. It’s all positives except for who, maybe one struggling pro who probably unceremoniously misses the cut anyways?

Grow up, people. This is a win/win/win.

So is he going to play well? Probably not. History is quite clearly not on his side.

Here’s a look at his action.

Here’s what we’re seeing on his odds.

It’s worth noting that this event and venue typically play easy as fuck. Last year, the winner was 30-under and the cutline was -3. No player in the field failed to break 77, which is Steph’s o/u line.

Having said that, I don’t think there’s anyway he breaks 80 in round one, and breaking 76 either day would stun me. Here’s what I’m taking:

Again, the track plays pretty easy, so he’s got as good a chance as any of these previous pro athletes, but history says he’ll struggle. And, at the end of the day, how he plays doesn’t really matter.

It’s awesome he’s teeing it up — a no-brainer for all parties involved. Would be an added bonus if he plays well. Confidence ain’t an issue.