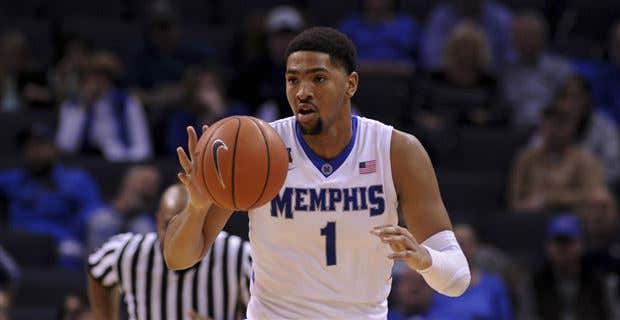 Dedric Lawson, the prized transfer for Kansas, is suspended for the upcoming Italy trip due to an altercation in practice. Bill Self didn’t elaborate more to what happened but told the Topeka Capital-Journal ‘An altercation occurred and he didn’t handle it well, and that’s certainly the case with that, (why) I made that decision.’ There are two Dedric Lawson’s here. The one is the unbelievable player, who has all the talent in the world to be an All-American and NBA player as he averaged 19.2 points and 9.9 rebounds for Memphis. Then there’s the Dedric Lawson who does this, his brother (another transfer) is on video cursing out Tubby Smith and stories of his family just being a disaster. Either way this isn’t a good look for Lawson. The transfer to Kansas was supposed to help his personal image as well as get him more notoriety on the court. He’s still on the team as of now, but you have to assume Self will bury him in the doghouse if this keeps going on.

Billy Preston Cleared by the NCAA:

This is big news for Kansas on the good side. Billy Preston, a five-star guy, has been cleared by the NCAA and can play with Kansas in Italy. We’ve seen these overseas trips do wonders for teams as they typically don’t look as sloppy early in the season as those with just a handful of practices under their belt. Preston is a 6’8″ forward, who should fit Self’s scheme pretty easily as he works the glass and can finish in the paint. He has the ability to step out, take guys off the dribble and is more of playmaker than a traditional forward – a little bit like Perry Ellis.

Wake Forest was one of the biggest surprises in the country last year as they went from an ACC cellar-dweller to a NCAA Tournament team. A lot of that had to do with the jump John Collins made, but also the supporting cast. One of those members was Dinos Mitoglu, who shocked Wake by announcing over the weekend that he’s heading back home to Greece to play for Panathinakios – a well respected European team – and skip his senior year. He’s averaged about 9 points a game during his three years at Wake and at 6’10” can really step out and shoot the ball, shooting 34.5% from the 3-point line for his career. He’s going to be getting $2 million over the course of 4 years, so you can’t blame him for leaving, but this puts Wake in a tough spot. It’s so late in the summer, it’s going to be tough to get a grad transfer or a late prospect at this point along with already losing Collins to the NBA, it leaves the frontcourt pretty bare. A lot now will fall on the shoulders of Bryant Crawford to keep Wake from taking a huge step back.

Taeshon Cherry, a USC commit in the class of 2018 was injured during The Eight Tournament in Vegas over the weekend. Cherry currently plays for the Oakland Soldiers, who won the Peach Jam and made the championship of The Eight losing to Team Takeover. Cherry landed awkwardly while grabbing a rebound and was pulled to go get x-rays on his ankle. Cherry is a 5-star recruit who picked USC over the likes of Arizona, Oregon and Gonzaga. He’s currently the No. 24 prospect in the class and the ankle is something to keep an eye on during the high school season.

John Egbunu Not Expected to Play Until January:

Florida is expected to be a top-15 team in the preseason and really push Kentucky for the SEC title. They return guys like Chris Chiozza, KeVaughn Allen and Egbunu, but not Rothstein is reporting that we may not see him until conference play. Egbunu was a solid contributor for Florida last season before he tore his ACL as he was a good rebounder and could protect the rim with 1.5 blocks per game. Kevarrius Hayes will have to be the starting center until Egbunu returns and the frontcourt is pretty inexperienced as is.

This is a pretty nice get for Patrick Ewing as Jamarko Pickett is a top-100 recruit in the class of 2017. He was originally committed to Ole Miss, before asking out of his commitment and then visited just Georgetown and Maryland. Throw in the fact he’s a local kid and this is big for Ewing. First off, he’s beating Maryland for a recruit and a local recruit. We all know the history between the two schools and recruiting locally, so this is nice to see. Pickett is a 6’9″ forward that can stretch the floor a little and should step in and be in the rotation right away.