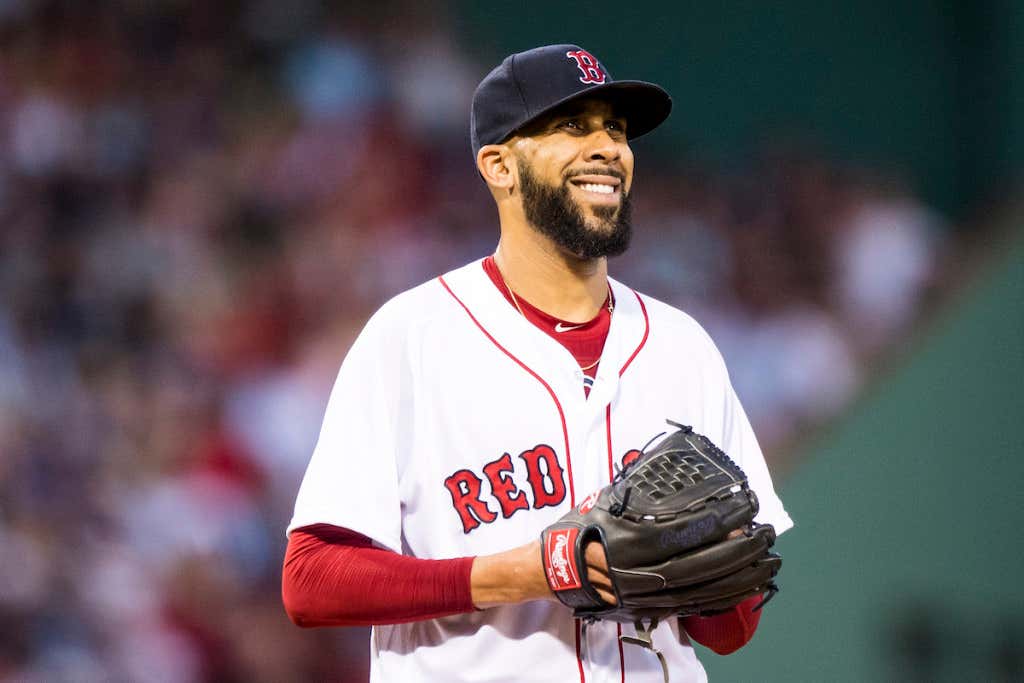 Oh, you thought the David Price situation in Boston couldn’t get any worse? Price requests that you hold his beer. This morning, longtime Barstool fanatic Dan Shaughnessy tweeted the following:

About an hour later, we learned that Price was “likely” going to be scratched from his start tonight at Fenway Park:

This, of course, opened the floodgates for conspiracy theories that Price was tapping out of his start so that he didn’t have to face the Fenway Park crowd tonight, his first start since details of the Dennis Eckersley incident and #ClapGate were revealed. At this point in time, I didn’t think the elbow thing passed the sniff test. The timing of it was incredibly suspicious.

Now, did I think that Price refused to pitch because he was afraid to get booed? No. I honestly don’t think he cares about that anymore. He knows that he’s past the point of no return in terms of fan acceptance. But would I put it past the PR machine that is the Red Sox organization to fabricate an injury until the Eck story blows over? For sure not. That’d be a vintage Red Sox move to save face. They obsess over public perception. Price obviously does not, hence his behavior over the last calendar year or so.

The only problem is that they wouldn’t be saving face, because the fans and the media are too smart in Boston. If an injury was faked for Price, that would make all parties involved look HORRIBLE. That theory is all null and void, though, because it appears that the elbow injury is legit. According to Buster Olney, Price had an MRI on his elbow yesterday. We’re approaching major levels of #StayWoke if you think that the Red Sox sent Price for an MRI and then placed him on the disabled list just to avoid getting booed. It’s fucking boos, dude. Who cares? That’s way too drastic of a measure to take just to avoid something so insignificant.

At this point, I think that the fans and the media are out for blood because this Eckersley incident has caused everybody to turn on the team. I’m not saying they’re wrong for doing that, either. The Red Sox aren’t winning anymore, they’re apparently a bunch of whiny crybabies, and while the Yankees are out there making moves, getting better, and gaining ground in the division standings, Dave Dombrowski is trading for guys like Eduardo Nunez, who’s a nice little player, but the ship is sinking fast and Nunez is basically a wine cork to plug a hole the size of a basketball. And the hole continues to get bigger.

If Price’s elbow injury is legit, which I believe it is because of the detail about the MRI — and it’s important to note that Olney is not a mouthpiece for the organization like some reporters out there — then the Red Sox are in quite the predicament. You needed a third baseman and now you’re depending on a 20-year-old prospect who had nine days in Triple-A to get ready for a pennant race in the big leagues. You still need a reliever, and Dombrowski continues to stand idly by while other teams scoop up all the top available relievers. And if this elbow injury is going to sideline Price for a considerable amount of time, then you’re going to need another starter, too. And quite frankly, the Red Sox don’t have the pieces to plug all of these holes. Well, they do, but not without mortgaging their future even more than they already have.

Other than that, things are going great.