Biiiiig day for the few remaining #TeamIkeDavis members out there in Metsland. As someone that was Team Ike for years, I have to admit that the Mets made the right decision picking Lucas Duda. However I also said a million times the last 2 seasons that I wish the Mets chose Ike because it means they would have moved on from both Ike and Duda by now. When Duda was hot, he could carry a shitty offense. When Duda was cold, he was a lumbering oaf that couldn’t hit out of a paper bag and drove countless Mets fans bonkers with defensive lapses. And when Duda was hurt, which was often, he obviously contributed zip zero while the Wilpons were stingy with dinero.

Once the dust settles from the trade, we will remember Duda’s time in Flushing for those sizzling hot and freezing cold streaks. But the thing he will be known for more than anything will be that infamous throw home during Game 5 of the World Series.

Yeahhhhh I don’t think I can put that video in the blog. Every time I see it, I become triggered from head to toe after thinking about how the Mets consistently fucked up in that World Series and I slowly morph into this son of a bitch.

Good times! Have fun in Tampa, Luke! Maybe you will get hot and go 2004 Carlos Beltran for the Rays during the playoff push or get cold and go 2016 Jay Bruce during said push. I really don’t give a shit. I will admit however that seeing the We Follow Lucas Duda Instagram account post this video made me 1% sad, since it was the closest thing we will ever get to watching Sasquatch travel with a baseball team.

As for Drew Smith, I took a quick glance at his numbers and while I’m not a big sabermetrics guy, I have to say that 0.00 ERA in multiple levels of the minors seems like a good thing.

*Please pay no mind to the G or IP columns

It also sounds like Goose Egg Drew™ can throw in the mid-to-high 90s, which is nice even though Ray Ramirez is probably getting a boner thinking of ways to destroy Smith’s arm. I don’t know how much the Mets could get for a player as hot and cold as Duda that will be a free agent at the end of the season. I’m just happy they didn’t trade one of their top prospects to Tampa for a player whose name rhymes with Shmictor Shmamshmano. So I’ll hope Smith develops into a bullpen weapon and pray to the old gods and the new that the Mets bring up Dom Smith up so we can see if the kid can handle manning first base in The Show. Yeah it doesn’t feel great that the Mets appeared to c-word da saeson before me, but if it means we can get a glimpse of The Dominator and Amed Rosario play in Flushing during 2017, I can’t be all that upset about it. See if the young guys can play, get the pitchers healthy, and figure out how this season never ever EVER happens again from a medical and training perspective.

And on a personal note, it pains me that this stupid “Photoshop” is officially dead. It was one of the first ones I ever made when I was a part-timer at Barstool and now both of these guys reside in the American League, which makes me exactly 50% sad. 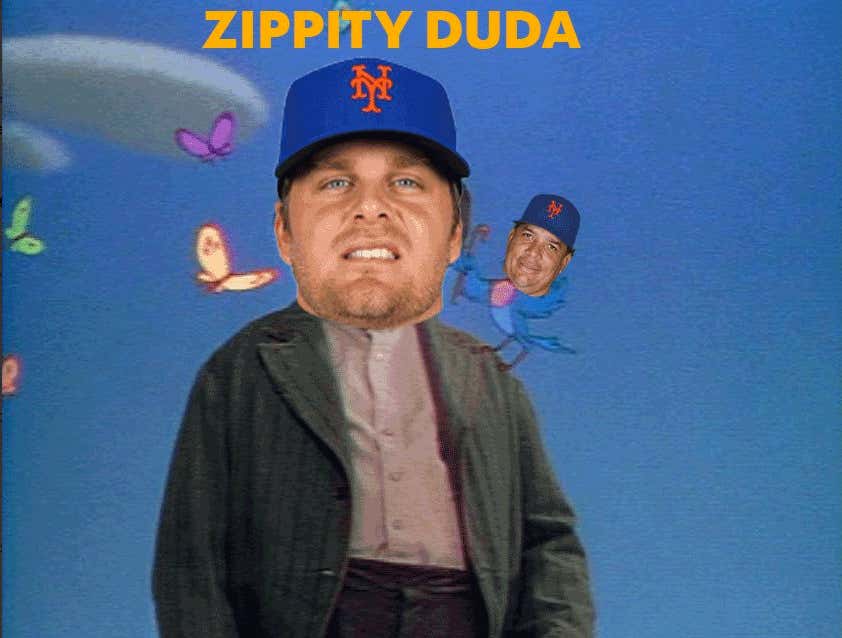