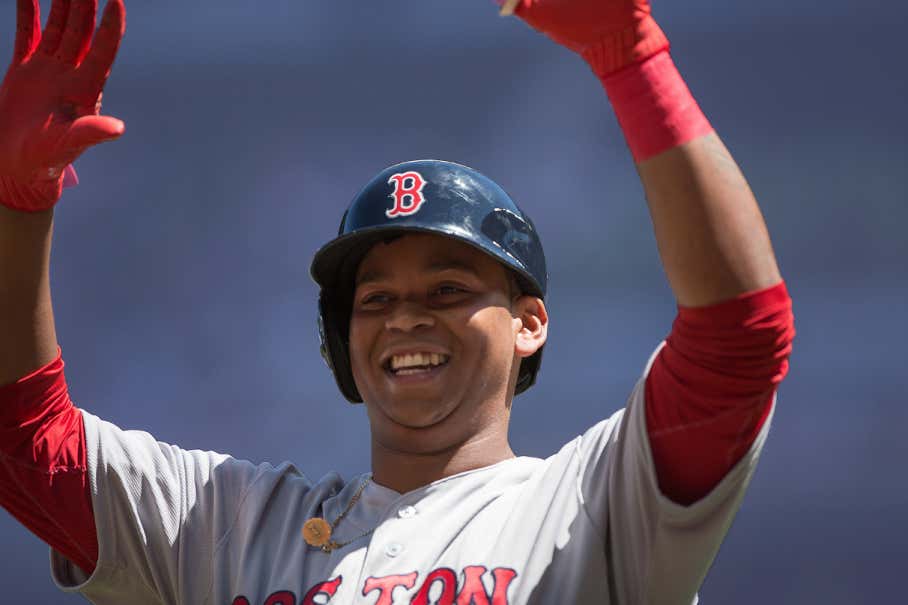 On Episode 111 of the Section 10 Podcast, Red Sox top prospect Rafael Devers introduces himself to Red Sox Nation by homering for his first major league hit. But before we can gush over Devers, we’ve got to address #ClapGate. In the last episode, we got into a big discussion about David Price ripping Dennis Eckersley on a team flight and how “many teammates applauded” this. We wanted names. It appeared as though we had gotten one, because the Sports Hub’s Fred Toucher tweeted last night that Dustin Pedroia was one of the players who clapped. We reacted as if that report were true, but Rob Bradford of WEEI.com is now reporting that it is not. So, who the fuck knows? And I’m sure there are a lot of you that don’t even care. Regardless, we discuss it.

We also talk about Mike Timlin and the job that he did filling in for NESN on the broadcast while the team was out on the west coast, how it was awkward to sort of say that he was bad because he’s obviously new to it and we like Mike Timlin, but then he fired off a sassy tweet about the people who criticized him. Iffy move. That turns into a conversation about how miserable it is to stay awake for extra inning games when first pitch is at 10 fucking o’clock.

Other topics include Xander Bogaerts needing a DL stint, the Eduardo Nunez trade and what his role might be with this team, how Rafael Devers looks like Franklin the Turtle, and a bunch of other random shit. We polled the Section 10 listeners for their least favorite players in Red Sox history with the stipulation being that they could not pick Pablo Sandoval. We unveil the top 10, plus some names that were close to making the cut but didn’t quite make it.