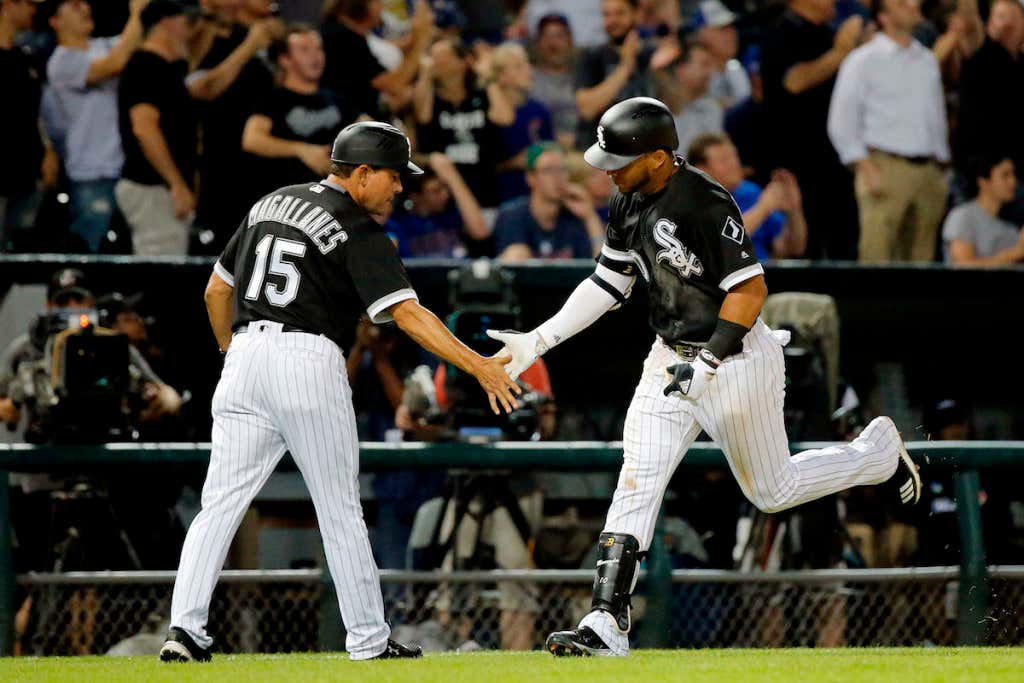 Yoan Moncada, who the White Sox acquired when they traded Chris Sale to Boston, is the number one prospect in baseball. He made his major league debut for the Red Sox last year, but didn’t impress much. He hit .211 with a .513 OPS in a limited 19 at-bat sample before the Red Sox pulled the plug on that experiment and sought out other options at third base. His defense was pretty poor, and his base running skills made it abundantly clear that he was not yet major league ready.

Not looking to contend in 2017, and with what we had all seen from Moncada during his limited time at the major league level last year, the White Sox wisely chose to have him start the year down in Triple-A. Moncada hit .282 with an .823 OPS, 9 doubles, 3 triples, 12 homers, 36 RBI, 57 runs, and swiped 17 bags in 80 games before getting called up. Those numbers are pretty damn good, but he was noticeably better last year through his first 80 games between Double-A and Triple-A when he hit .310 with a .946 OPS, 28 doubles, 5 triples, 9 homers, drove in 50 runs and stole 43 bases. In some statistical categories, he was doubling or even tripling his totals in 2016 versus 2017.

Since being called up by the White Sox — and again, this is a small sample at the major league level — Moncada is hitting a buck thirty with a .634 OPS in 23 at-bats. Nothing to panic over, but in two limited major league stints, he’s really yet to set the world on fire, but every indication is that it’s only a matter of time. And when Moncada gets going, the prospect factory on the south side of Chicago is going to keep churning out stud after stud after stud after stud.

Two years, five months, and four days after signing as an international free agent, Yoan Moncada has his first major league home run. The first of many, one would assume. Welcome to the The Show, kid. And for fuck’s sake, take it easy on the selfies. You’ll thank me later for that piece of advice.