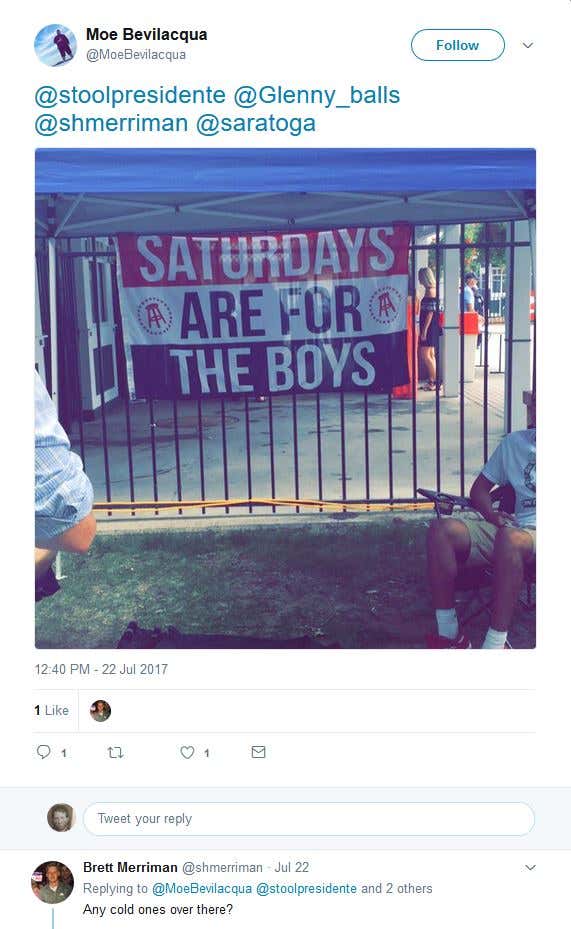 This is kind of a bad look for the self proclaimed Mayor of Saratoga right? Like it’s one thing if a Stoolie comes up and gives you a beer.  Obviously that’s cool.  But this guy just tweeted a picture of his flag and then Brett walked all over the track looking for him so he could drink all his beers.  Sort of makes us look bad. Bring your own damn beers Brett. And why is anybody giving Brett beers to begin with? The dude is our office manager. He’s not our COO despite what he thinks. He’s not content despite the fact he keeps putting himself in videos. He’s the guy who refills the water jugs and makes sure there are snacks in the snack room. So as a PSA to all Stoolies out there. Next time you see Brett asking for a beer at Saratoga just say no.