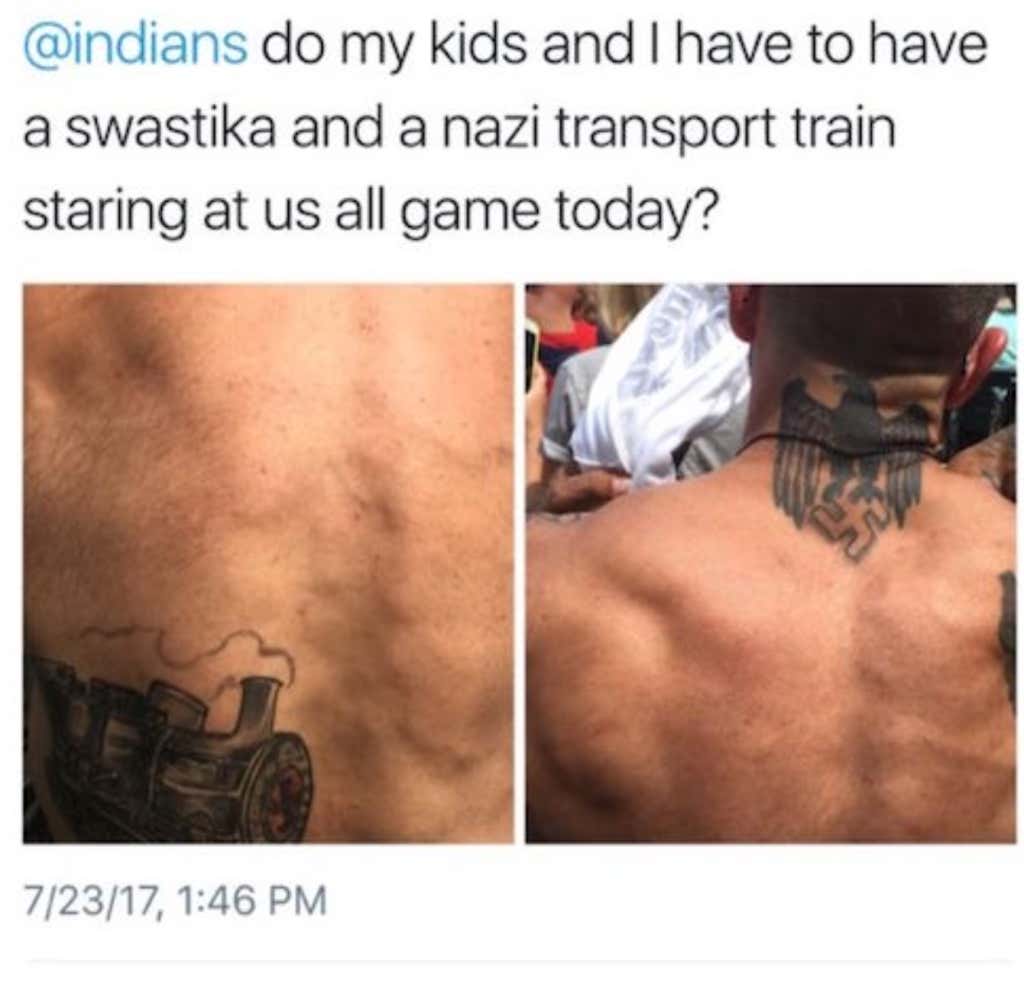 (Source) —  A Cleveland Indians’ fan was upset after being seated behind another fan with controversial tattoos during Sunday’s game against the Blue Jays. Martin Gecovich took to social media to express his frustrations after being seated behind a man with two swastika’s tattooed on his back. He posted these photo’s with the caption, ” @indians do my kids and I have to have a swastika, and nazi train staring at us all game today?

Hey I’m a cool guy, I’ve got a tattoo, I know what it’s like to want to show that ink off. This is one of the most important things in your life and you’ve chosen to have it placed on your body for all of eternity, you’re proud of it, why wouldn’t you want to share your “art” with the world? I understand all of those feelings.

But I don’t know, I feel like this is one that you at least attempt to keep under wraps? Pretty much everyone thinks it’s more offensive than showing your penis. Almost everyone either has a dick or has seen a dick, not a huge portion of the population has much experience with Nazis. They’re intimidating, you know? Scary. The whole “death to all non-whites” business is quite an inflammatory mission statement.

Nonetheless, I guess I have to reluctantly tip my cap to this fella? If you’re looking for the most racially insensitive thing you can do baring Nazi tattoos in a sea of Native American caricatures while screaming “GO INDIANS!!!” has to be right at the top of the list. If that’s what he set out to do then he succeeded, might even beat Derek Vinyard telling his mom’s Jewish boyfriend to get the fuck out of his house while he flashes a swastika in his face.

PS – The guy who tweeted this has since made his account private. Smart play. Last people on earth I want mad at me for tweeting pics of them in public are the Nazis, they’re likely to overreact.