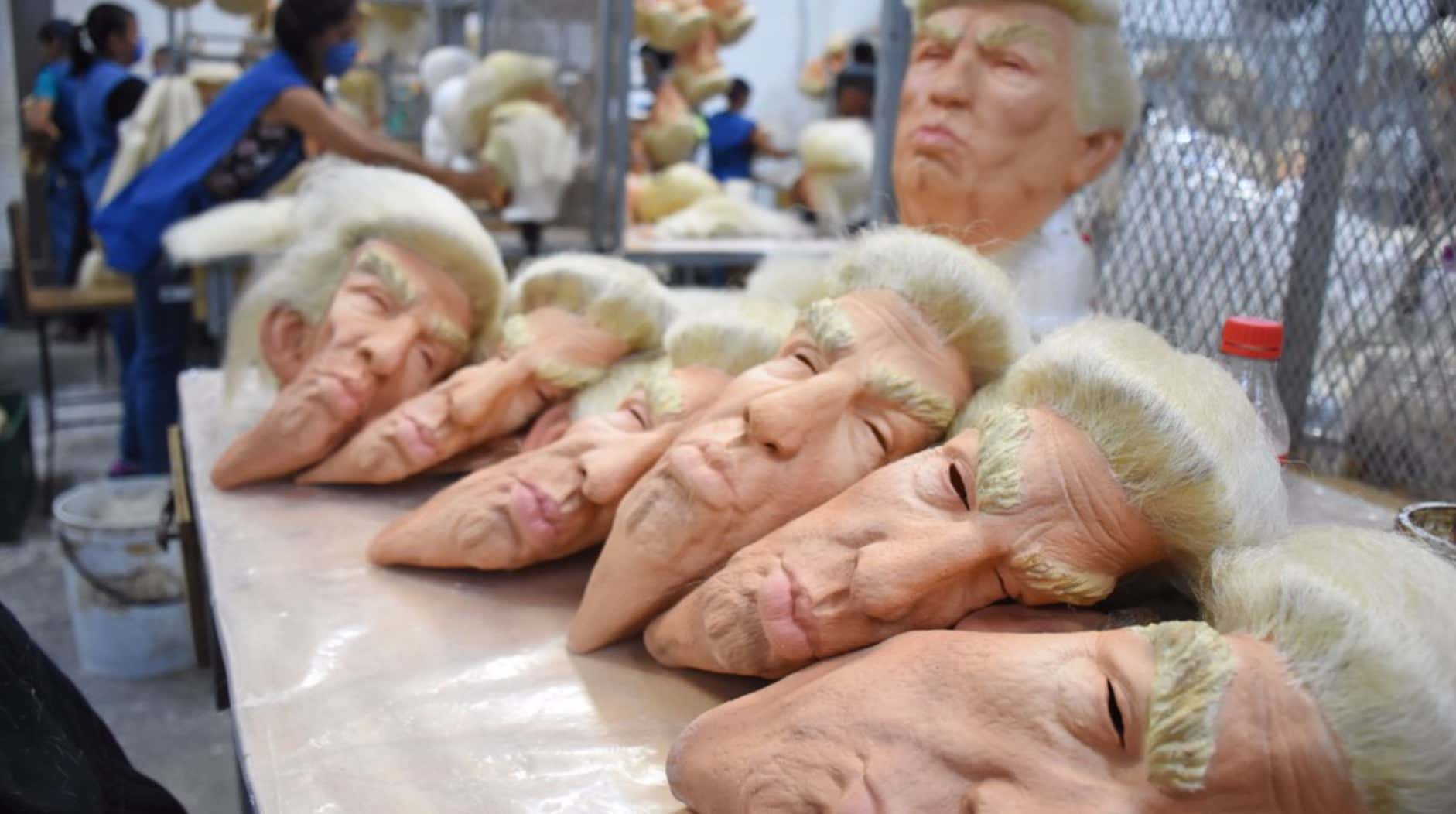 Mashable- If you want to hide in plain sight, put on a mask of the most talked about man in the world. That seems to have been the logic of two robbers near Turin, Italy (also sort of the logic of the surfer-robbers in the movie Point Break), whom police have reportedly accused of stealing around $117,000 from a series of banks. In the video below, you can see one of the two Trump mask-wearing robbers cover up a security camera (apparently not realizing he was visible on a separate camera) before attaching some kind of explosive to a machine full of cash.

Pure showmanship. Gotta love that. I like a little swagger in my bank robbers. You don’t wear Donald Trump masks during a bank robbery to keep a low profile. You do it to get the people talking. Im sure there’s some sort of deeper meaning and political statement but I don’t give a shit about that part. What’s the point of robbing banks if you’re not gonna get noticed? Sure the money is good but you wanna make a cultural impact as well. You want people to know who you are. It’s why Marv always left the water running. Everybody needs a calling card. If robbing banks wasn’t illegal with a lengthy prison sentence if you get caught, I would love to rob banks. I guess you could say that about any serious crime but especially robbing banks. If you do it the right way, you become the modern day Robin Hood. People will celebrate you as long as you don’t kill anyone. They don’t keep making bank robbery movies because people hate seeing people rob banks.