Nic Cage has been broke for quite some time after he spent all of his money on ridiculous shit. So this pic popped up on Twitter this weekend and it’s just vintage Nic Cage. Most people, and by most I mean 99% would be dreading this whole situation (Kazakhstan and that outfit) but this was just another day in the world of the craziest, coolest guy ever. It’s likely he was paid to be there and wear this, but part of me thinks Cage wears this around his house all the time. Let’s quickly refresh our memories on what he spent his fortune on to get to this point…

He bought a 9 foot tall pyramid where he will be buried in when he dies…if he dies.

Cage has over 50 cars and 30 motorcycles including the Shah of Iran’s lambo which alone cost $450,000. One Rolls Royce is cool if you’re rich, but NINE is lunacy. I could understand being so rich you have a different Rolls for each day of the week, but nine is just outrageous. 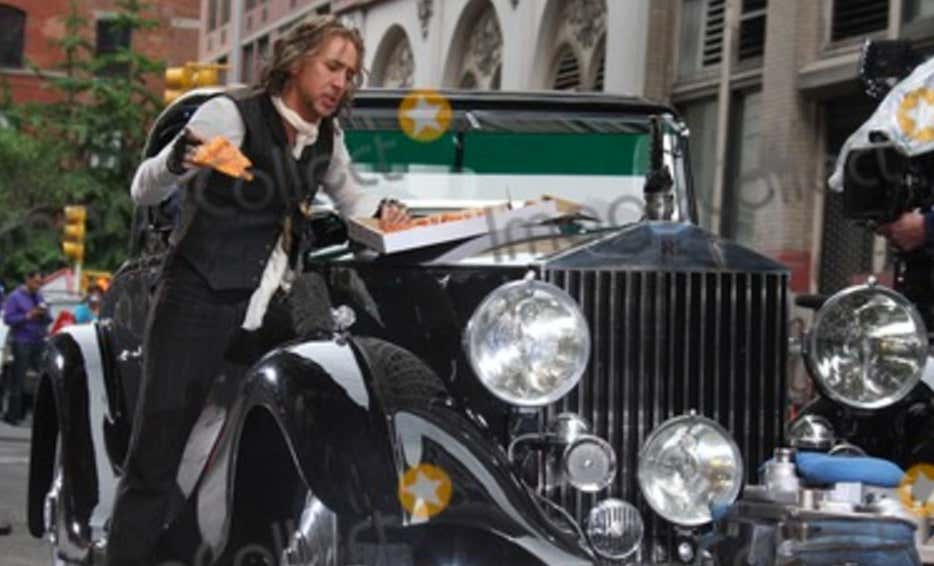 Dinosaur Skulls Which Were Stolen

A little while back Cage won an auction, outbidding Leo, for a giant dinosaur skull that cost him over $250k. Turns out the skull was illegally smuggled into the US, so Cage returned it like the hero he is. If there was one guy in the history of life (not including Dr. Grant from Jurassic Park) to have a collection of dinosaur skulls in his house it’s Nic Fucking Cage. 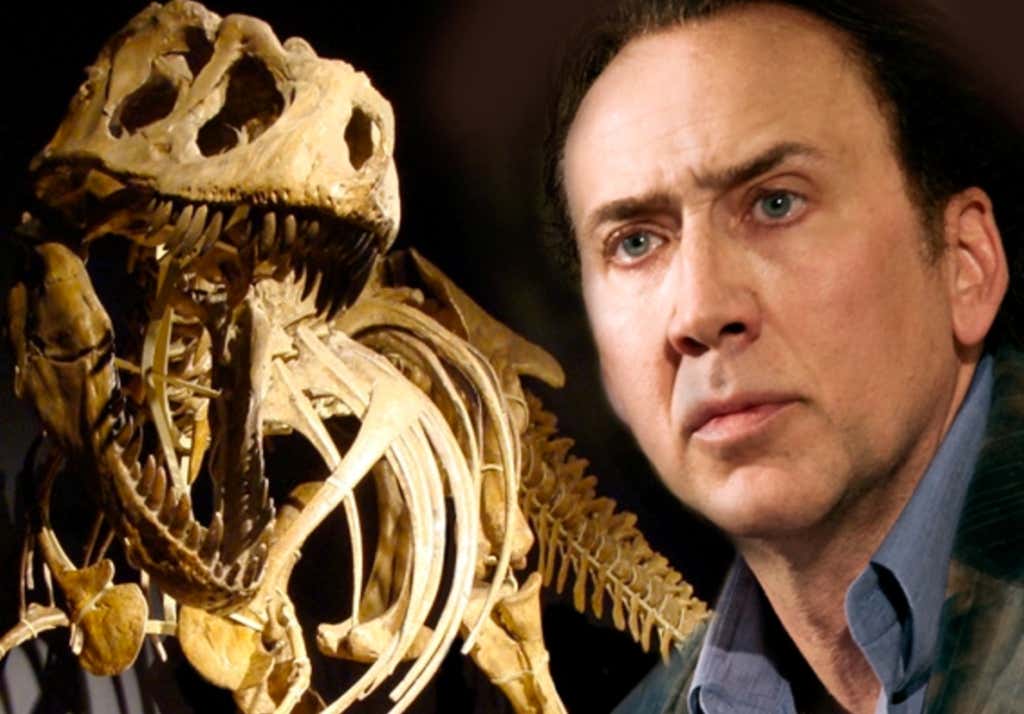 The coolest man in the world owns over ten homes across the globe, multiple yachts that are bigger than any of our houses, a few private islands, and previously a haunted house that he recently had foreclosed on him (devastating news).

Anyways you can see how Nic Cage is broke as shit, but I bet he doesn’t regret it for a second. Normal movie stars probably save money in trusts for their kids or invest in real estate or other rising companies. Not my Nic Cage. Let’s spend literally every dollar we have on the coolest stuff possible. So now that the money has caught up to him a bit (A LOT) he’s making appearances in Kazakhstan just to make due. But you know what? Now it’s time to get back on the horse and start cookin’ in the movie industry again. What’s the most eccentric actor ever have in store for us? 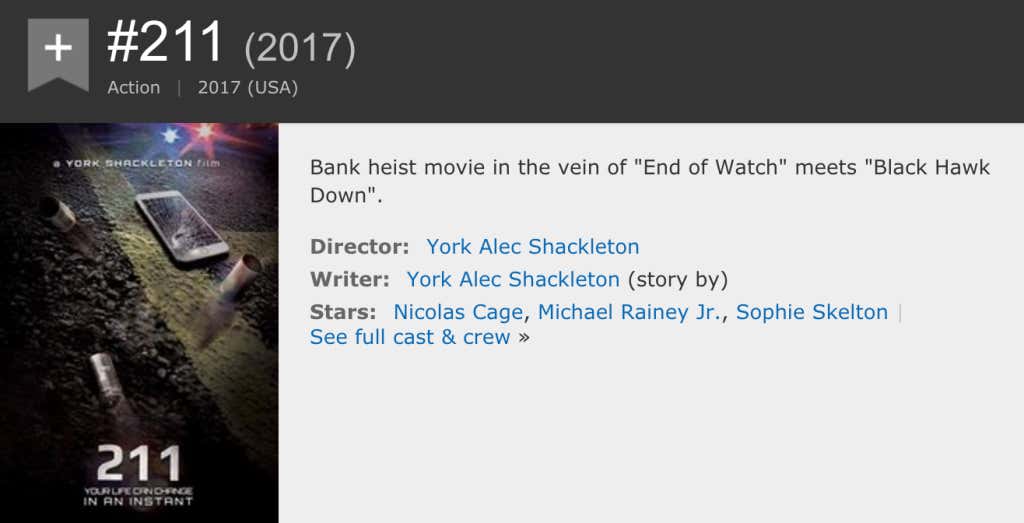 End of Watch meets Black Hawk Down? OH MY GOODNESS he’s back! Just giving it all he has to make this movie the best it could ever be. 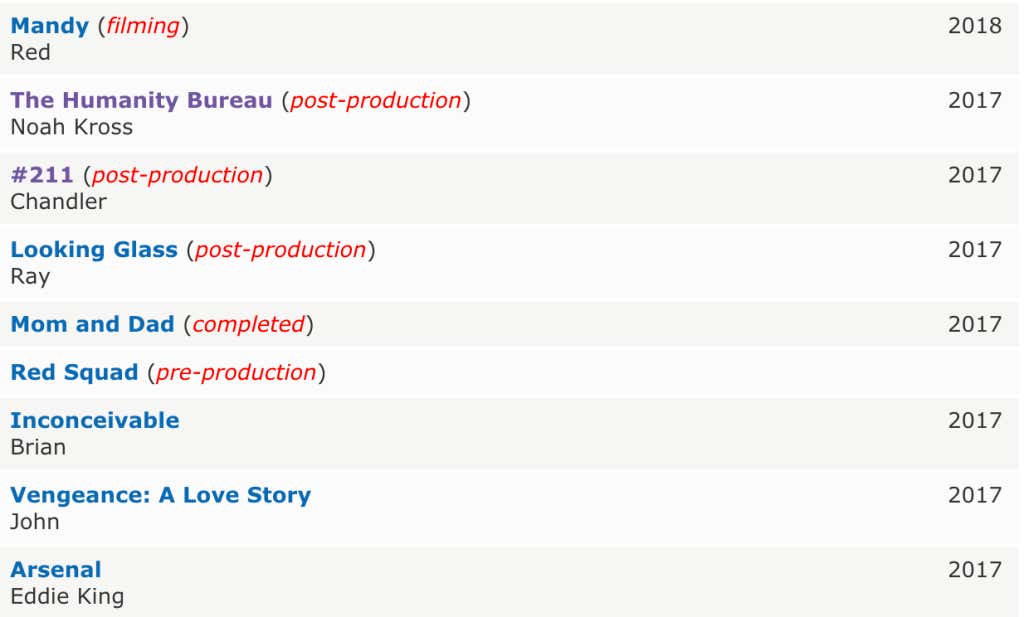 Does he sleep? No, that’s what “actors” like Tom Cruise and Brad Pitt do. Nic Cage films 10 movies at once and doesn’t rest until he’s back on top. That’s why he’s the best. I can’t wait until he makes his next fortune and then buys a sports franchise. The world needs Nic Cage as a professional sports team owner. Imagine if he bought the Knicks from Dolan? One can dream…