The Reds’ donkey saga has finally come full circle, as Zack Cozart EARNED his prize on the heels of his first ever All Star appearance, subsequently breaking the Reds 0-25 hitless streak in the midsummer classic. If you didn’t think Joey Votto would make good on his promise to find and purchase an ass for his teammate, well then you’d be wrong, my friend. In fact, no one in the league was more likely to be embroiled in a donkey bet than Cozart and Votto. Cozart because he’s always struck me as sort of a good ol’ boy and I’ve always assumed that most country guys love donkeys or really any other sort of livestock for that matter. And Votto because, well perhaps no one in professional sports is a weirder dude than Joey Votto, if you couldn’t already tell from that interview.

In all seriousness though, wacky gimmicks like this are pretty common in baseball and encouraging to see as a Reds fan. The bullpen routinely awards ‘the Silver Jacket’ to whoever can catch ten footballs with one hand in pregame warmups and starting pitcher Scott Feldman bought the whole team customized bowling shirts back in May because honestly, who doesn’t need a fresh new bowling shirt? 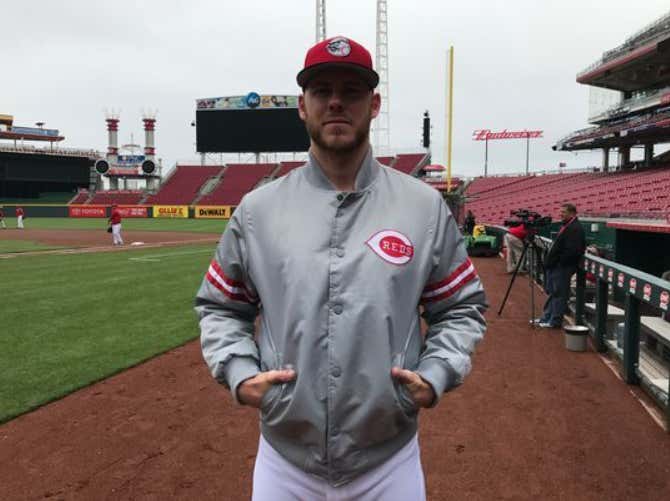 Obviously these are fun marketing tools and a way to keep fans involved, but these guys have had a pretty loose clubhouse all season long and that type of attitude starts at the top. Votto and Cozart are the unquestioned leaders of this team and with the trade deadline approaching, it remains to be seen how long Cozart will remain a Red, but it’s cool to see your two alphas promote the type of team chemistry necessary for a team looking to win the World Series in 2020.

Also fitting that Joey wants to get Zack a goat for his next All Star appearance. Something tells me finding a GOAT won’t be nearly as difficult, seeing as all he’s going to have to do is look in the mirror.